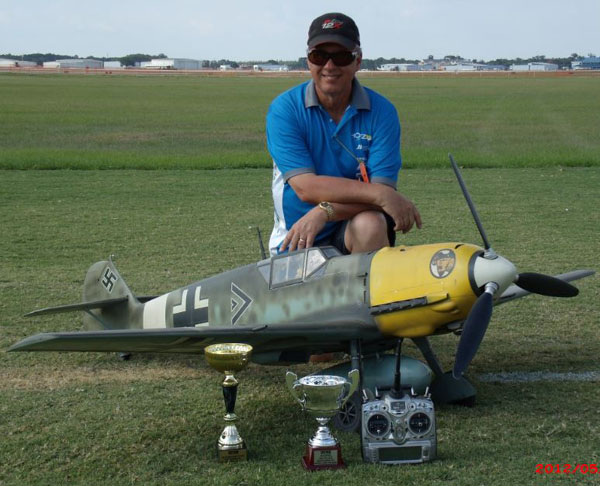 The Luftwaffe will be well represented with Jeff Foley flying his very impressive and well tried Bf-109E German WW2 fighter. Jeff’s “Emil” has an 86 inch span, and is completely scratch built from Jeff’s own molds. 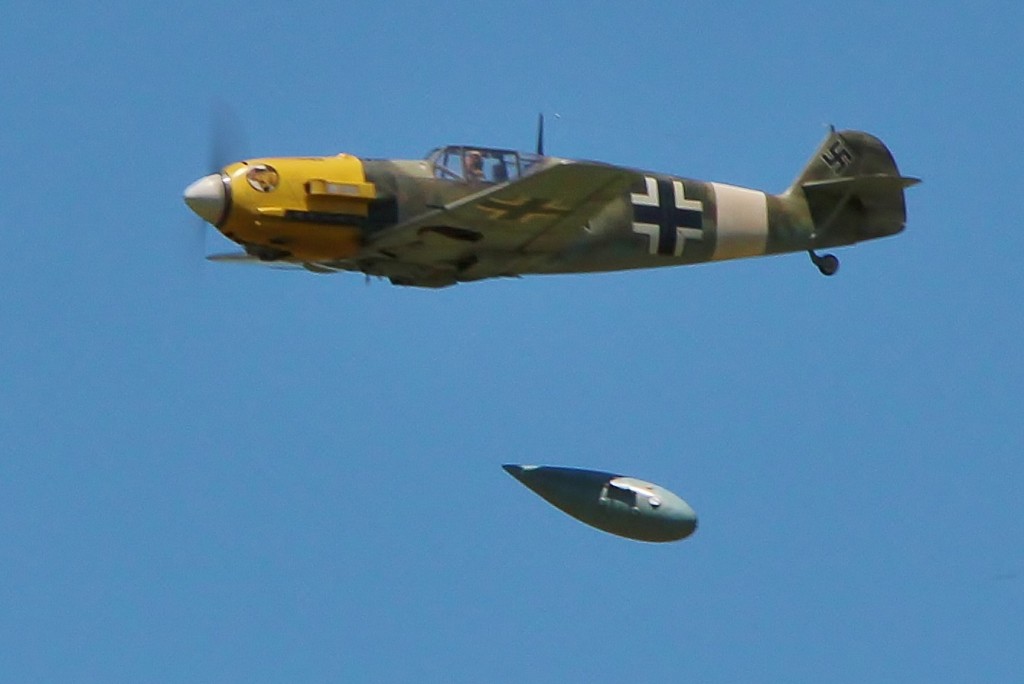 The classic warbird  is 1/4.5 in scale and weighs 27 pounds. It uses a modified Dave Platt landing gear, and is finished with West Systems Epoxy resin and fiberglass cloth and is painted with 2-part epoxy paint. Jeff use a JR 12X for radio gear. 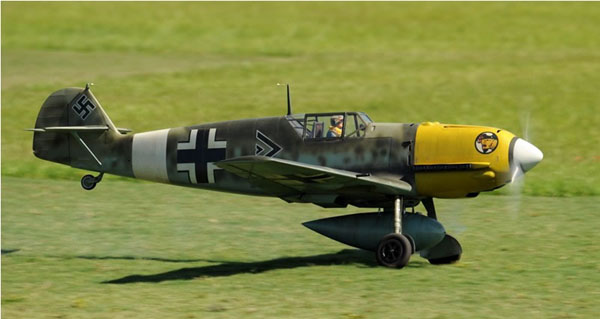 This is the second model built from Jeff’s 15 year old molded design.  This particular model has finished 2nd and 3rd in the Masters class, including and award for high static in that class.  The first model built from this design won two Mr. Top Gun titles, five Master Class wins and one Pro Am win.  Also five AMA Nationals wins in Designer Class and several top five slots at the Scale Master Championships. 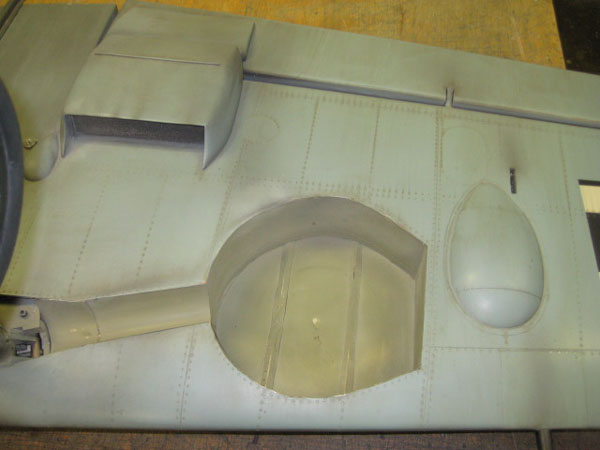 The fuselage is molded fiberglass using parts from a pattern and mold that Jef fabricated.  The wing is hot wire cut foam cores with a built up center section.  Many hours were spent on the aerodynamic qualities to produce a model with scale appearance, but pattern like flying qualities. 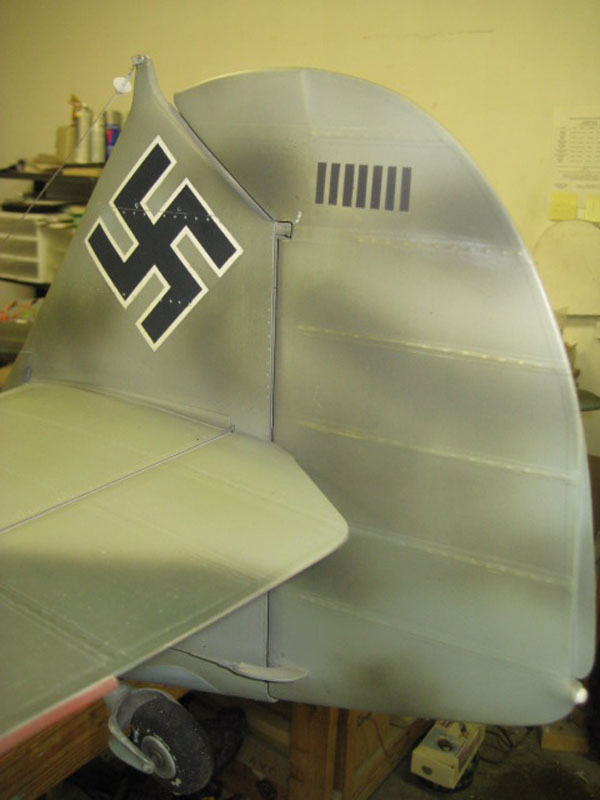 The design is somewhat dated now, or at least the size is!  Jeff had to bring it out of retirement this year due to lack of modeling time to complete his new larger Luftwaffe  bird, but hopefully next year it will be ready.