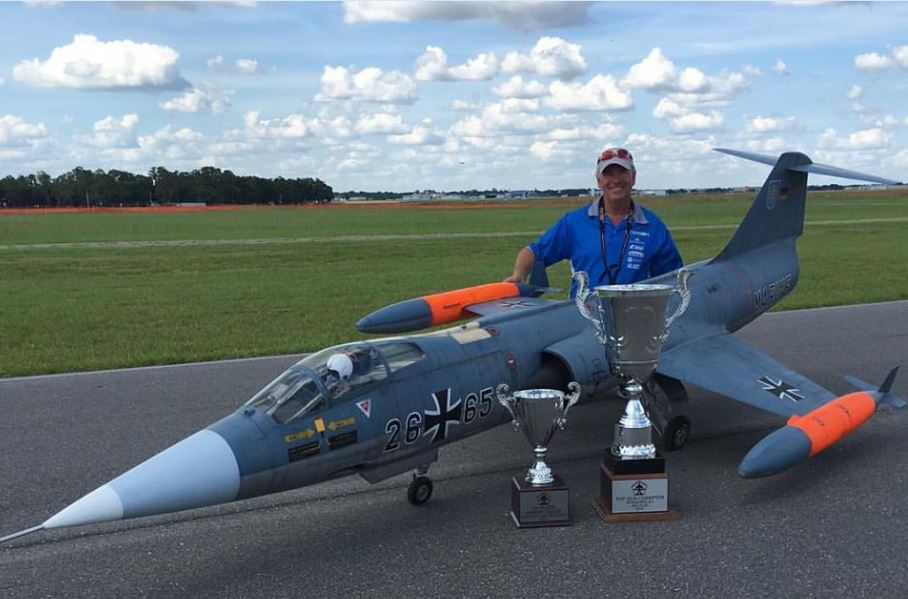 After earning the highest static score in his class (98.5 points!) with his Airworld F-104, Peter Goldsmith went on to earn 196.417 points overall. His giant, 11-foot-long F-104 dominated the flightline, and Peter noted that he watched many videos of the full-size aircraft so that he could better simulate its flying style, speed, takeoff angles and landing approach. The model is powered by a KingTech 180 turbine and controlled by a Spektrum DX18. The model’s finish is a base coat/clearcoat Omni paint system, and the markings are from Pro-Mark Graphics and Tailor-Made Decals. Inside are a Spektrum AR12120 PowerSafe receiver with Spektrum TM1000 telemetry and two 4000mAh LiPo receiver battery packs. The ECU power comes from a separate Spektrum 3S 3000mAh LiFe pack. A full lighting system from uniLIGHT adds the final scale touch. Peter has over 400 hours into the build.

Peter notes, “It’s a very stable platform—intimidating but stable. Once you overcome its enormous size, it’s pretty easy to fly. Well, for a jet, it’s pretty easy to fly. The only caution is not to allow the sink rate on landing to get too high as no amount of power will recover it from a deep alpha decent.” He adds that typical landings are between ¼ to 1/3 throttle and he only throttles back after touchdown. 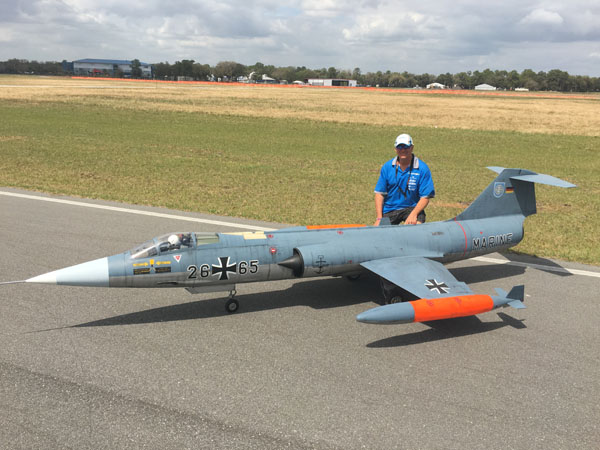