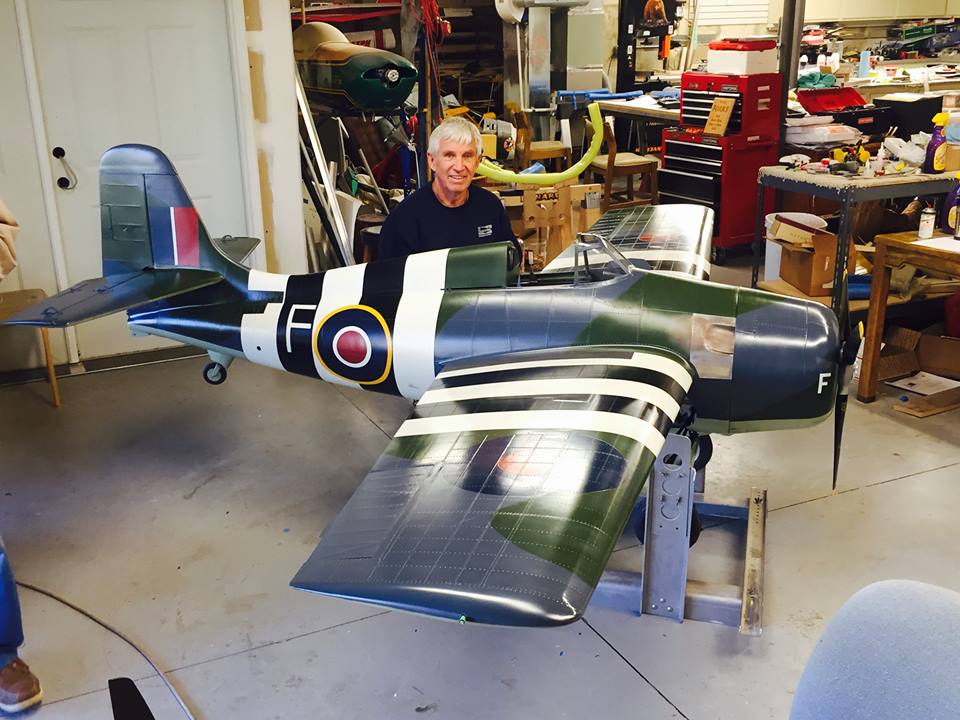 No stranger to scale competition or the Top Gun Scale Invitational, Mike Barbee has been very busy in his workshop in progress putting together his newest Top Gun competition machine, the Grumman FM-2 Wildcat. 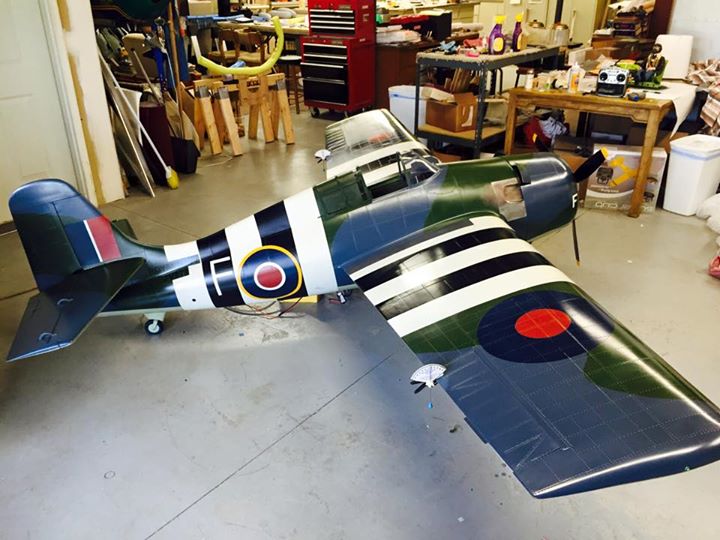 The stubby warbird is 30% scale, has a wingspan is 142 inches and a length of 94 inches. The landing gear is scale in function, is electric and features a chain drive just like the full-scale warbird, (minus the hand crank). Mike’s engine is a 3W 240cc twin cylinder engine with twin spark ignition. The paint is all Klass Kote and Mike says that this is his first ever camo paint job. The radio is a Futaba 18MZ with the S-Bus system controlling the servos. Operational features include a sliding canopy, functional tail hook and a tank drop. Mike also gives a lot of thanks for valuable help offered from Greg B. from the Fighter museum in England. 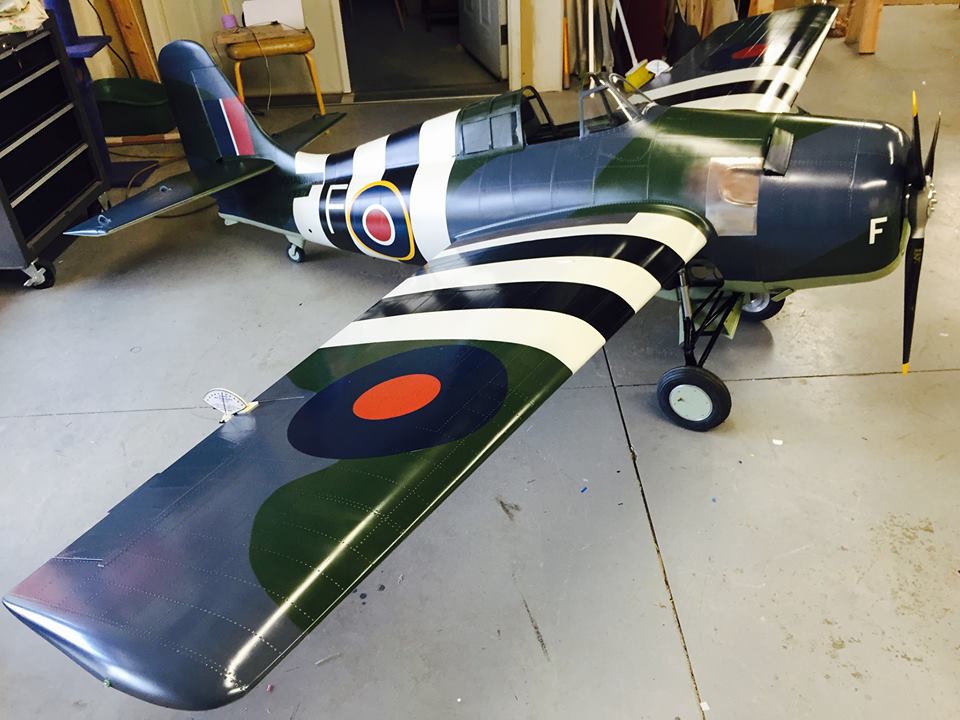 The retractable landing gear started as Robart unit that were a set Bob Walker had made for the first Wildcat pulled from Bob Patton’s molds. I fitted them up with Frigelli servos but the hard part was finding the correct gear ratio for the chain drive. Most of the parts came from McMaster Carr. 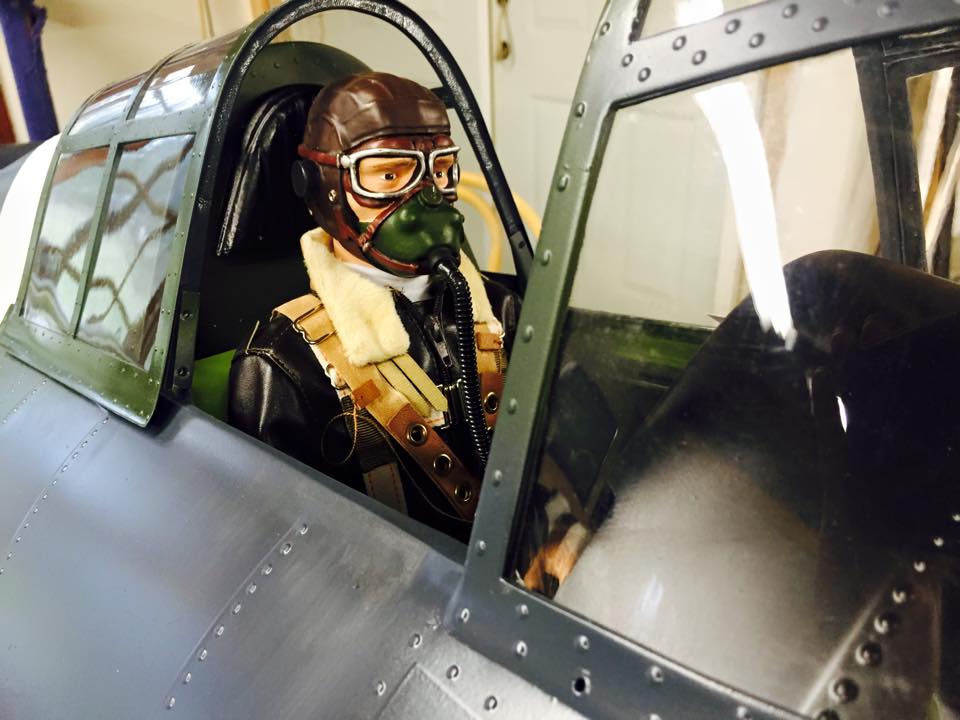 A separate 12 volt A123 battery and switch from Electro Dynamics drive the retracts. The scale wheels have brakes and 8-inch diameter tires, which Mike say he lifted from a powered wheel chair. 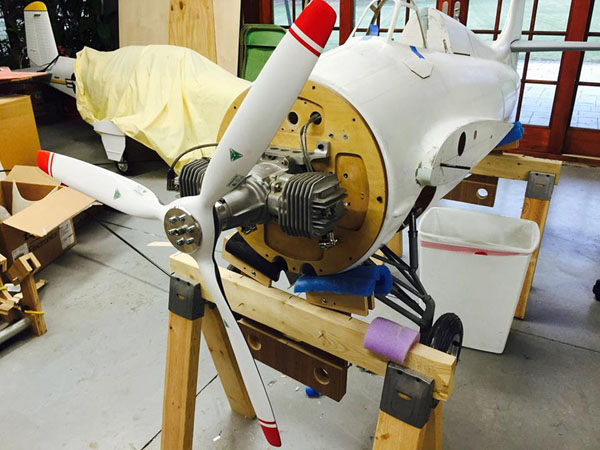