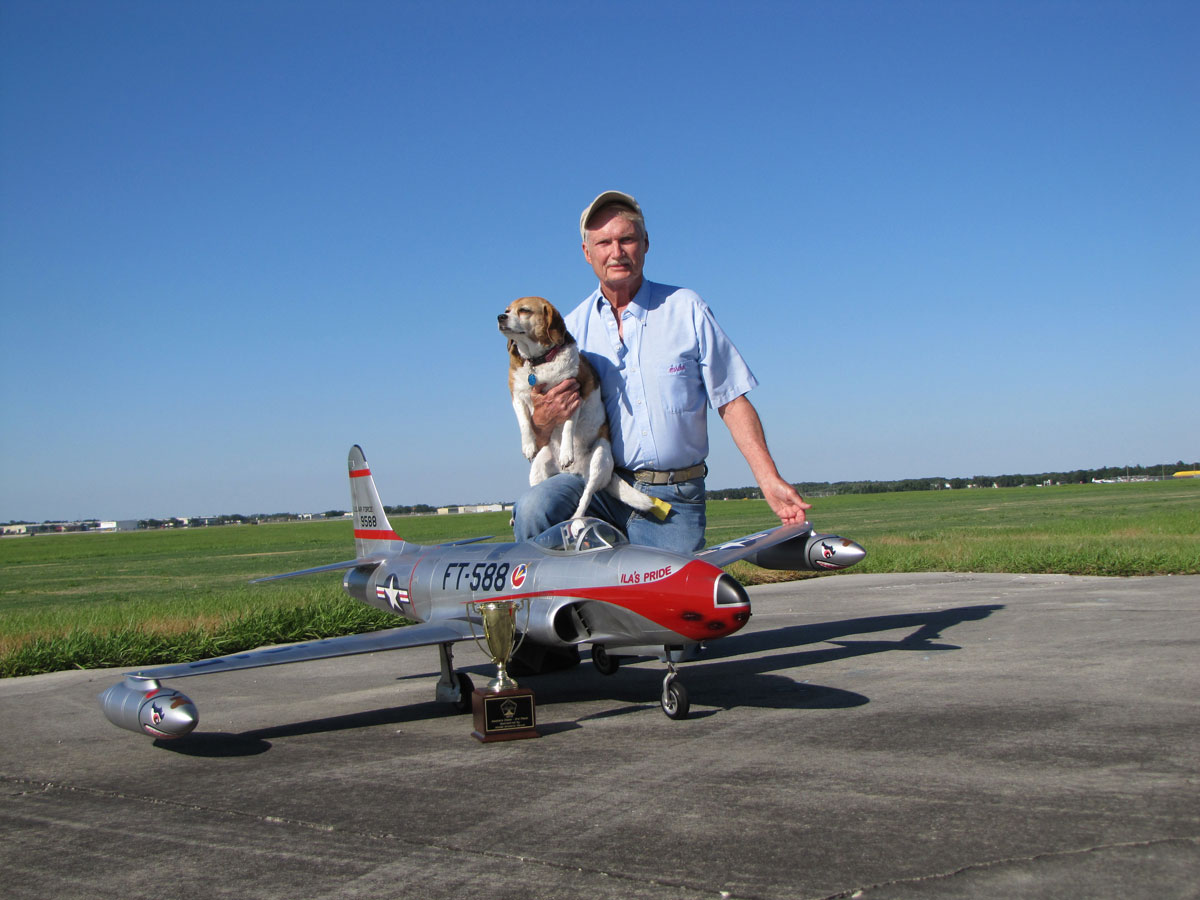 Scale Jet legend Bob Violett with the support of “Peanut” his jet puppy will again be competing at Top Gun this year. Bob won 3rd place in the Masters Class in 2013 and will be flying his Shooting Star F-80C again at this year’s Scale Invitational. Bob’s jet is powered with the EVF -3- 12S power system, it performs flawlessly. Bob comments: “The drop tank option scores well every flight.” And as the photo shows, it pretty exciting to watch! 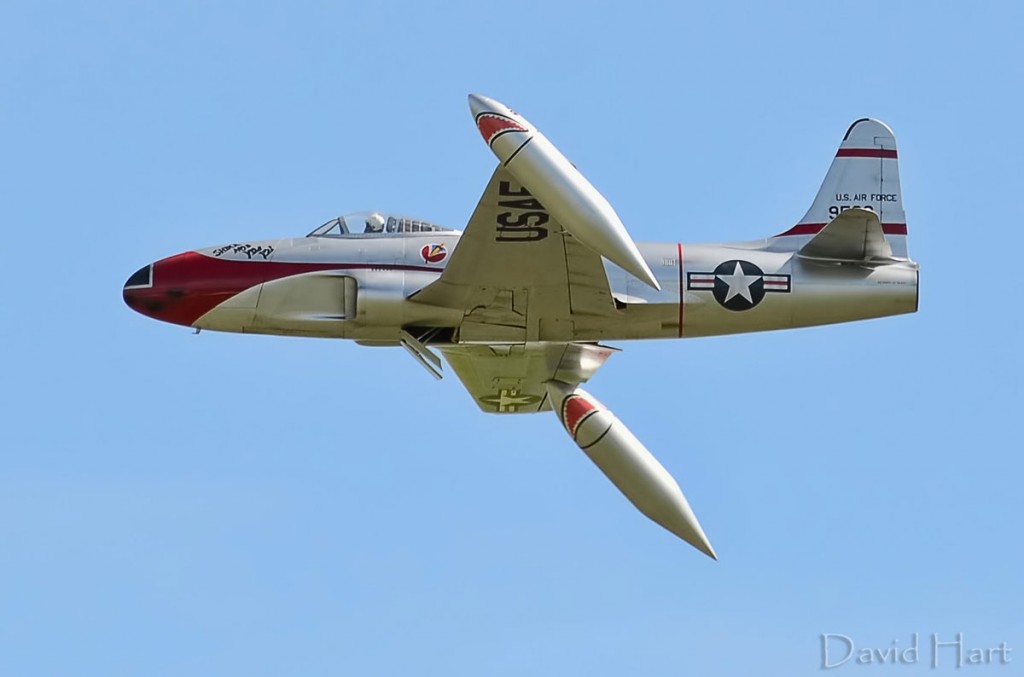 Designed by Bob Violett, the F-80 is an all-composite kit and have been in BVM’s product line since 1994.  The kits have progressed through multiple structural and powerplant adaptations.  It has retooled wings, tails, and all internal parts. Bob says:  “It has a very light weight structure now making it very suitable for the electric EVF 12S power system.”

Bob has earned the “Mr. Top Gun” award twice, once in 2002 with his F-100F Super Sabre and again in 2006 while flying his F-86F Sabre Jet. Bob has also earned other top finishes with his jets in Expert, Team, and the Masters Class every year he has attended. 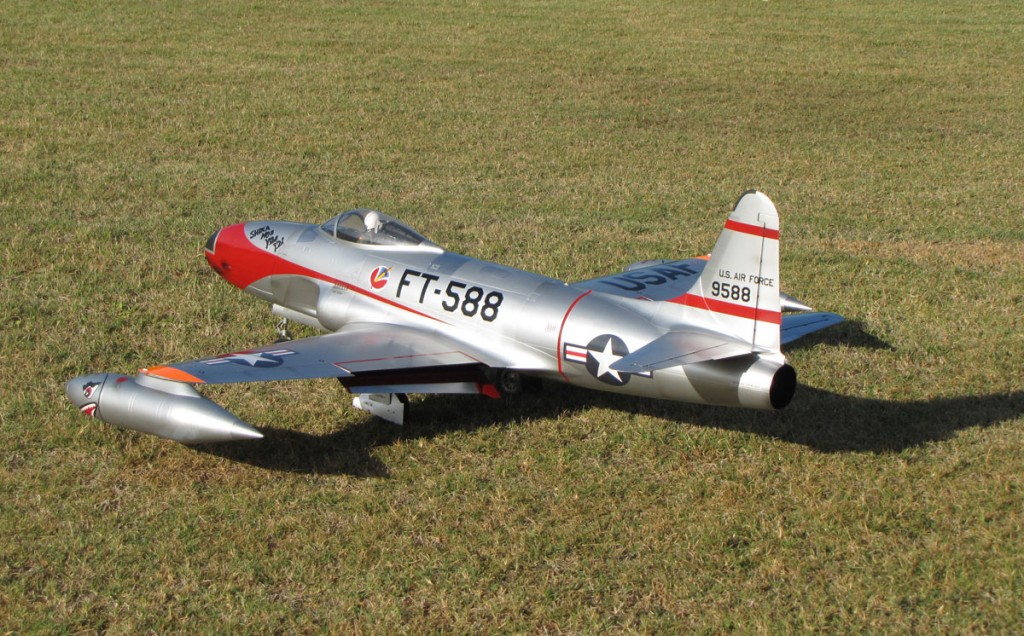 Photos by David Hart and courtesy of BVM Jets.