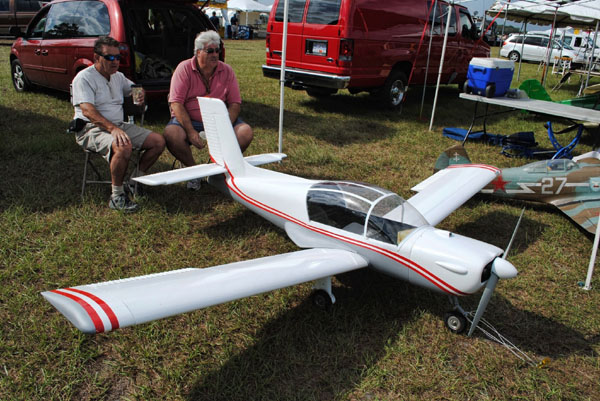 Taking a new direction for Top Gun 2013, Steve Thomas is well known on the circuit for his warbirds, he has a long held affinity with WWI and WWII planes, in particular he has an interest in Russian Warbirds which are less commonly seen here in the USA such as Yak 11,s and Lavochkin 7,s. 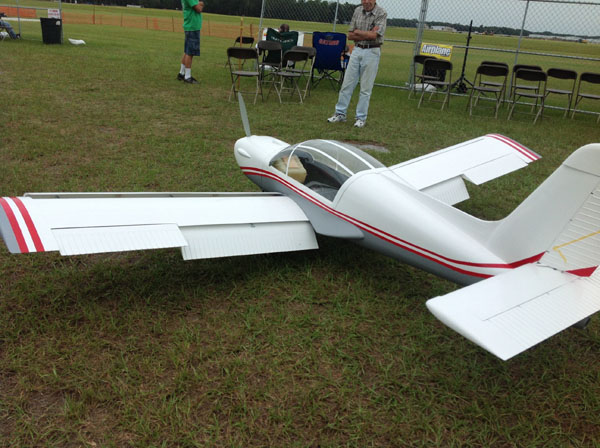 For his 2013 Top Gun model he decided to take a different approach and develop something unique and “out of the box” – although ironically yet again he chose another European Bird. In a departure from the norm Steve choose a 1960s French Tow Plane – the Rallye Morane. Few, if any RC pilots have heard of the plane, it is a single-engine, low-wing monoplane with a fixed undercarriage which was used in military and civilian operations. Steve wants to use the airplane for banner towing and also towing large scale gliders. Unlike his War bird project the Rally Morane has a fixed undercarriage – no retracts to contend with this time around!!!  Its huge bulbous cockpit (28 inches by 18inches) will however prove challenging – requiring lots of scale detail. Steve is getting creative, searching through his extensive “scrap box” for suitable items for this. The build time on the cockpit is about the same as the airframe itself!!!

The Rallye sports a modern distinctive color scheme, which requires a precision finish.  Steve realizes how easy it is to do the initial painting on a warbird in comparison to the Rallye Morane. There is a lot of hand painting which requires significant attention to detail, and which leaves no margin for error.  Red pin striping on a white fuselage takes no prisoners ………

Following the design of the original Rallye Morane, Steve has mounted all the flying surface hinges internally, this further enhances the smooth curves of the plane. Other distinctive features include, functional leading edge spoilers, Removable Tail Plane, All Surfaces removable by pulling out a shaft, All the stencils and the lettering Custom designed, Hand painted pin-stripping and the Cockpit details are mostly made from parts from the “scrap box”