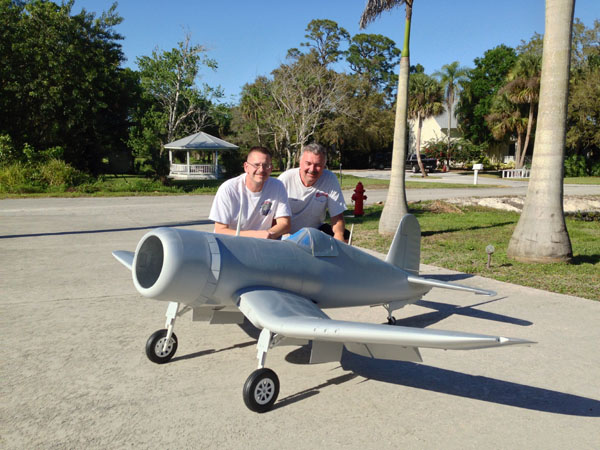 It is always good to hear when an RC airplane is resurrected from a crash. And this year, Dino DiGiorgio will be flying a rebuilt F4U Corsair in Pro Am Propeller class. Dino comments, “Our model started out as a rebuild from a major crash by Heinz Ayvaz. The previous owner had trashed the model and was not going to rebuild it so Heinz took possession of the damaged CARF Models Corsair’s remains. 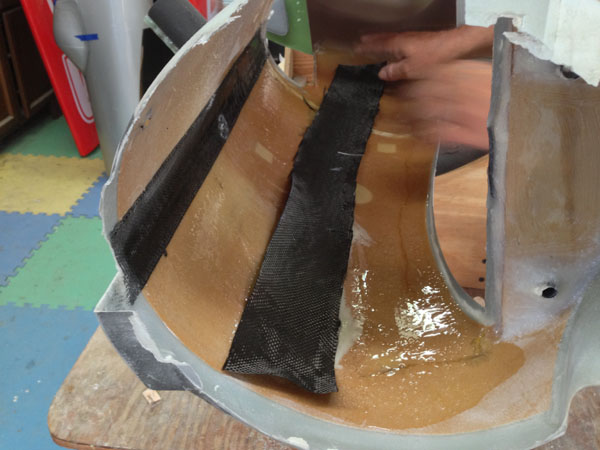 The rebuild started about a year ago and required a good bit of glass work and reinforcing. 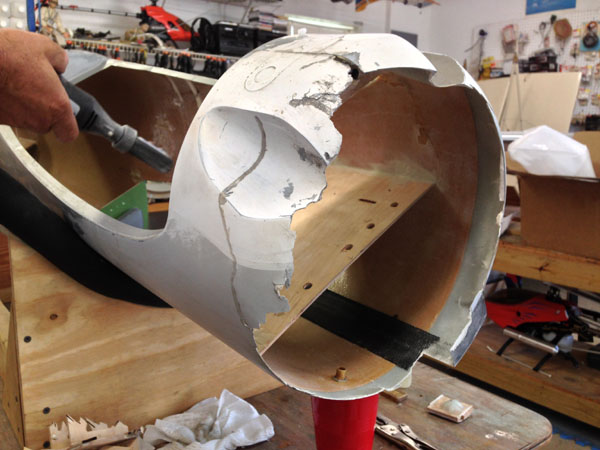 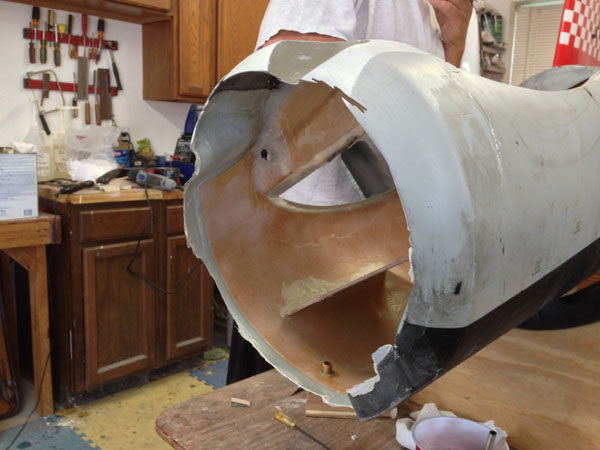 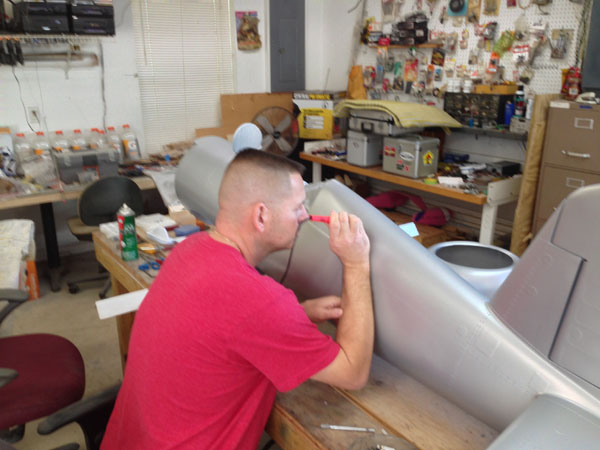 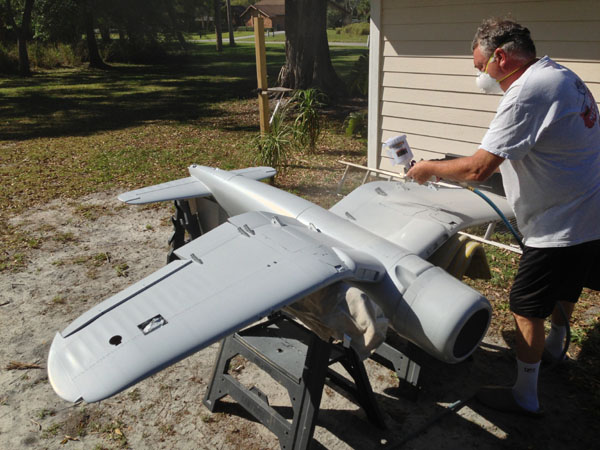 The plane has a 110-inch span and  has an Automotive PPG paint job, with paint masks and nomenclature marking custom made by Pro Mark Graphics. I am now in the middle of the detail and weathering chore which is coming along nicely. Power will be from a Moki 215cc radial engine turning a Solo 3-blade prop. The Corsair is equipped with Sierra Scale retracts and includes a folding wing feature with a Down and Locked electric conversion. 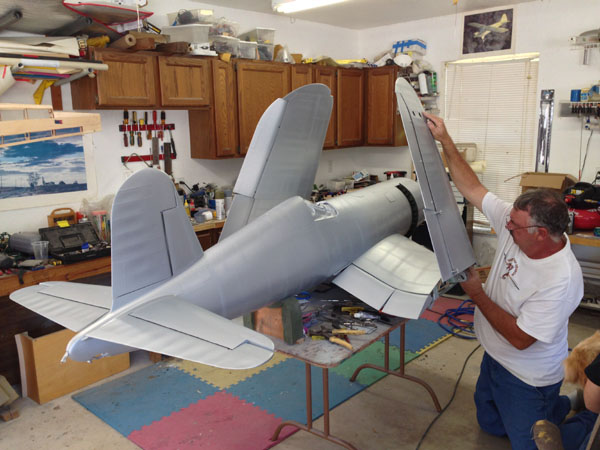 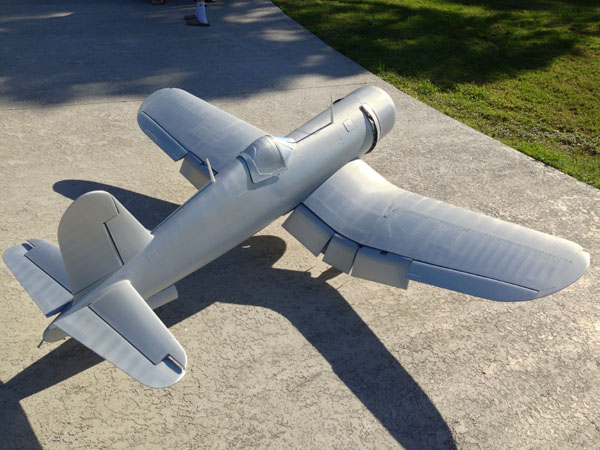 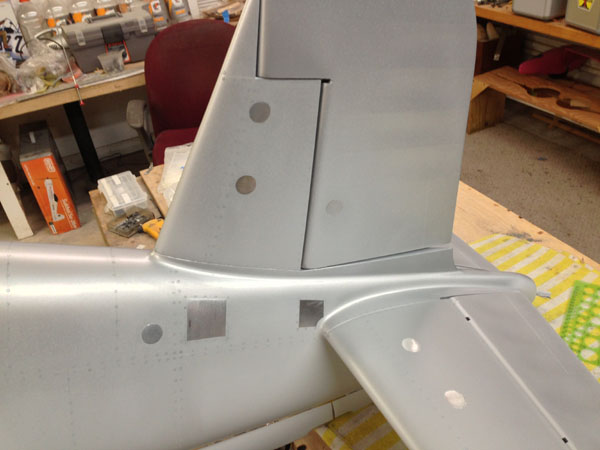 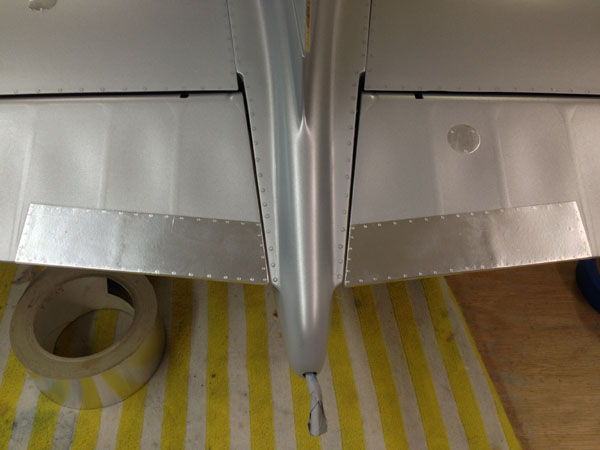 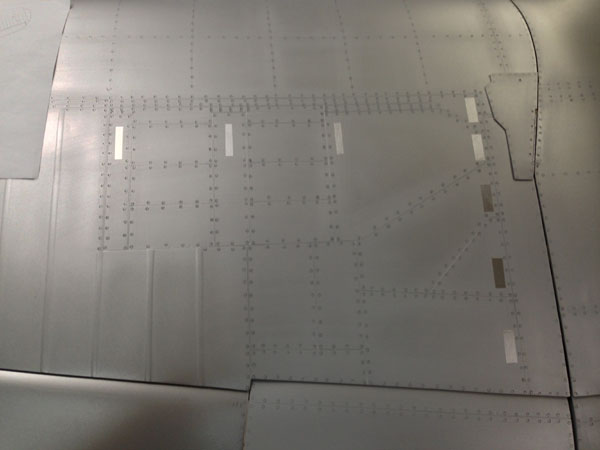 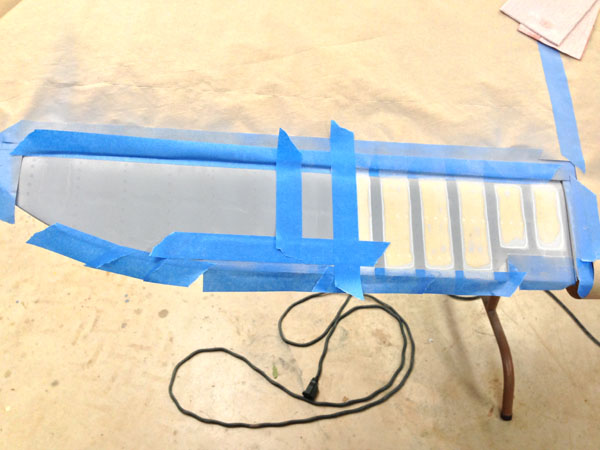 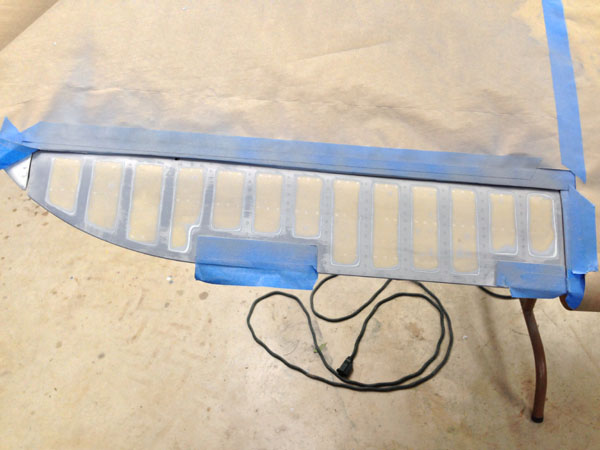