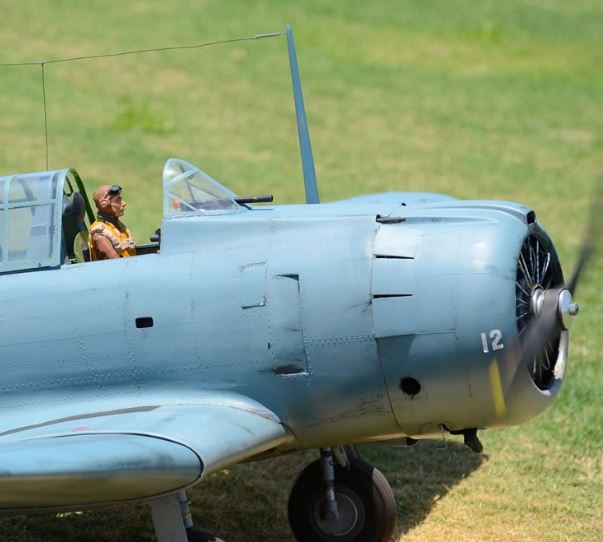 This week’s “Road to Top Gun” highlight focuses on Bill Steffes who is again competing at the 2014 Scale Invitational with his impressive Douglas SBD Dauntless dive-bomber. Bill has entered in the Team Scale category and will be competing with the SBD’s designer Nick Ziroli Sr., as his Team pilot. These two well-known Top Gun veterans are sure to give the rest of the Team entries a run for their money. Built completely from Nick Ziroli plans, the Dauntless is powered by a Brison 75cc gas engine, and is equipped with Futaba radio gear. The Pacific WW II warbird  is made completely from balsa and plywood, then covered with fiberglass cloth and resin. Lots of sanding and priming gives Bill’s dive-bomber a great finish for all the details to be added. 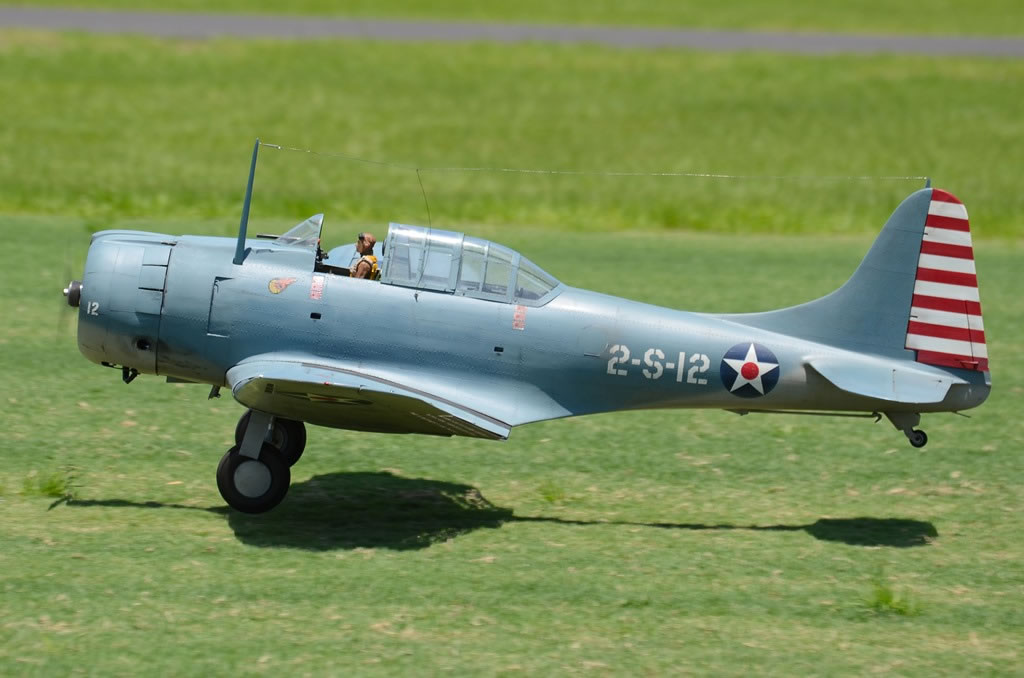 The SBD is detailed inside and out and it also features Robart retractable landing gear with Sullivan tires and Ziroli aluminum hubs. The Dauntless has a full ticket for mechanical features including, a functional bomb drop with swing-out arms, flaps and dive brakes. The 1/5-scale dive-bomber weighs in at about 32 pounds. 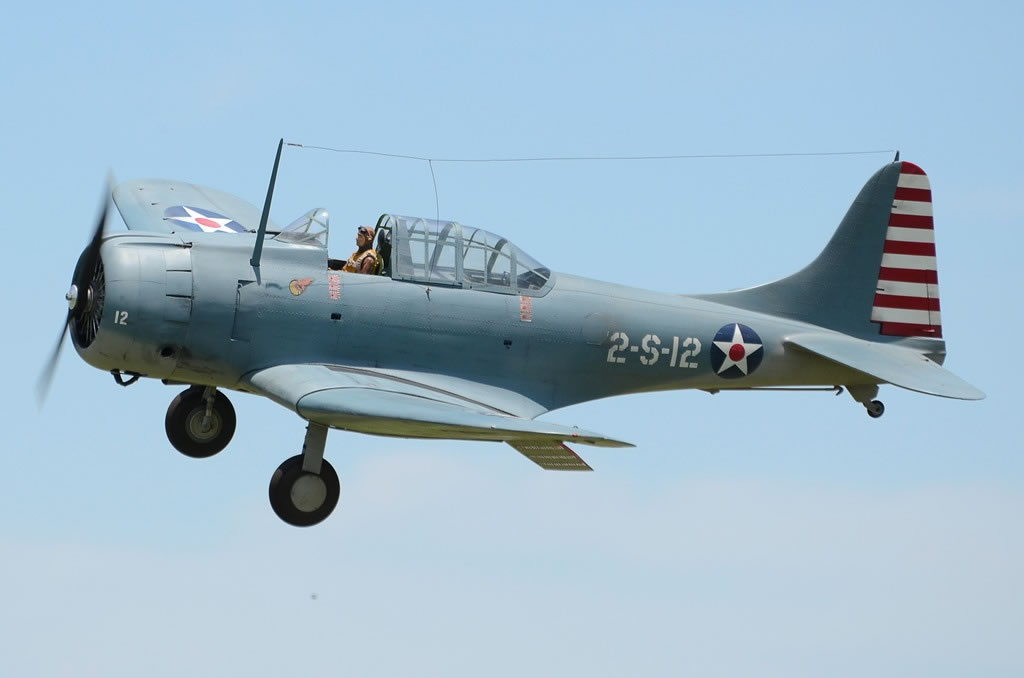 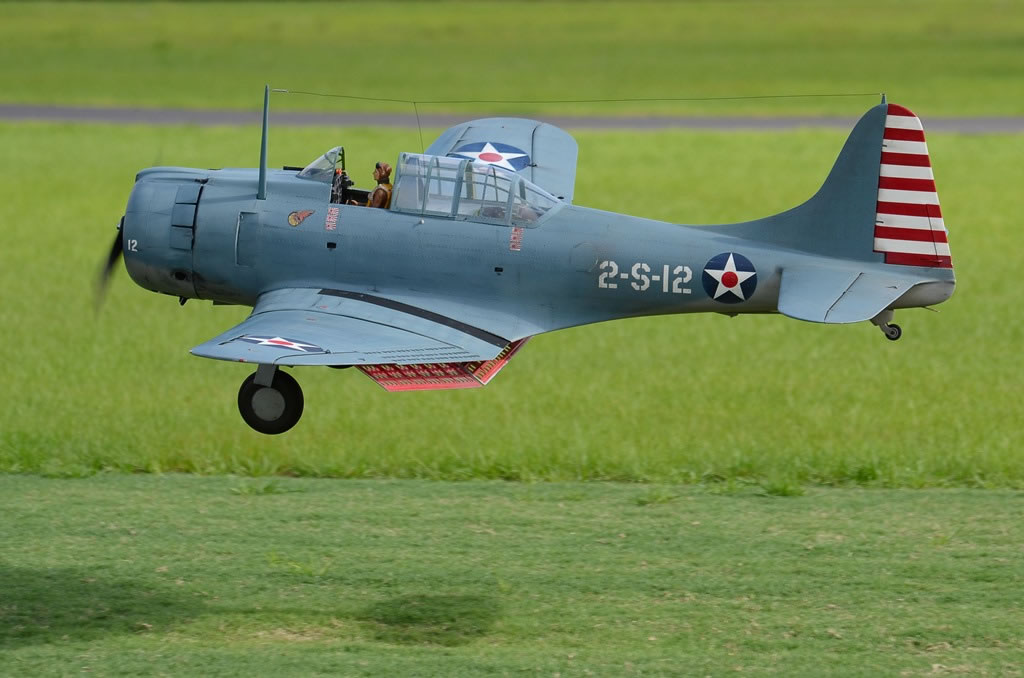 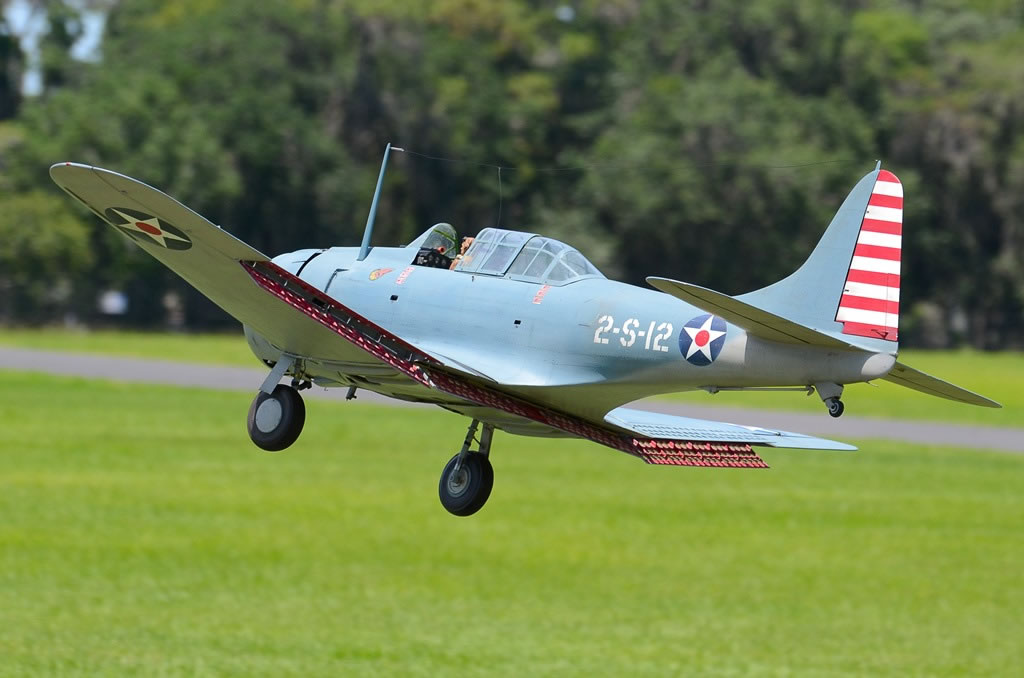