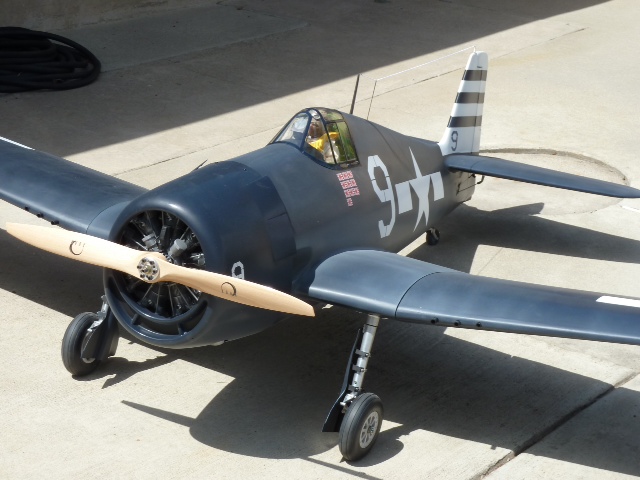 Shaun Roblee of Huntington Beach California, will be traveling to Top Gun this year with his impressive Grumman Hellcat. Using a fiberglass fuselage and built up wing and tail featuers, Shaun says he chose the Ziroli Hellcat because he just loves the way they fly. As for a full scale project, I wanted to do the big cat as it was kind of the unsung hero at the end of the war. 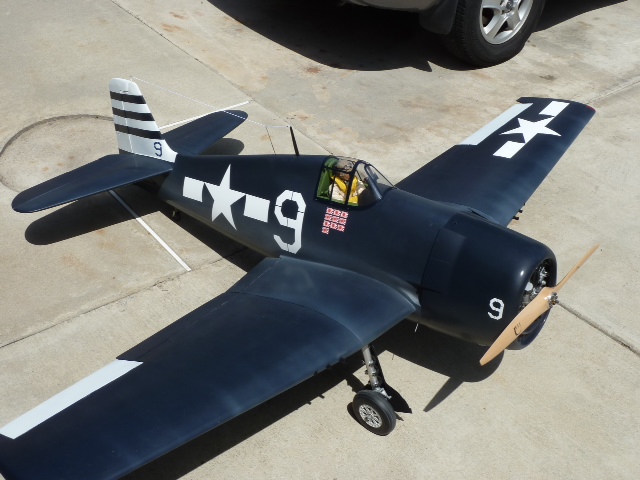 The big Grumman Hellcat has a 96.5-inch wingspan  and is controlled by Shaun’s 12-channel Spectrum DX 18 transmitter and radio system.  For power, Shaun bolded in a BME 110cc twin-cylinder gas engine and chose Sierra giant retracts. Working hard throughout the winter months, The Hellcat is now ready for flight testing and tweaking. We look forward to seeing Shaun’s Hellcat on the tarmac at Paradise Field! 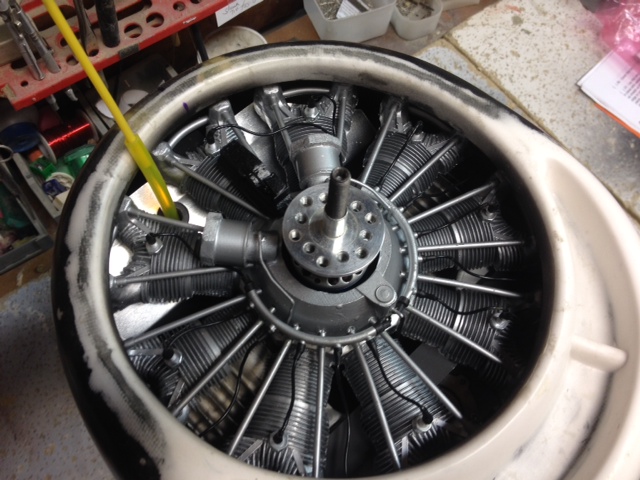 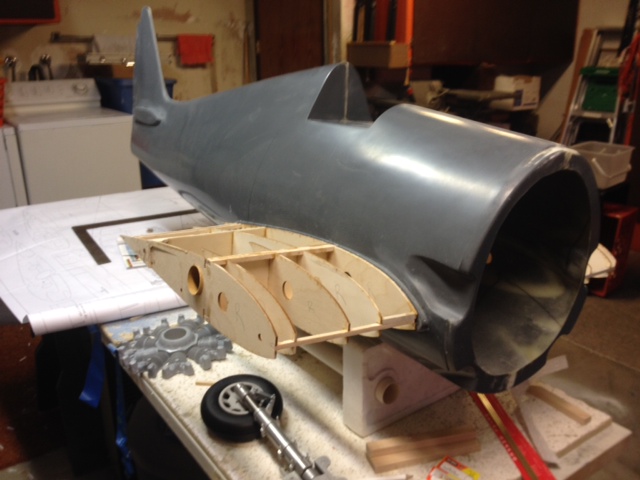