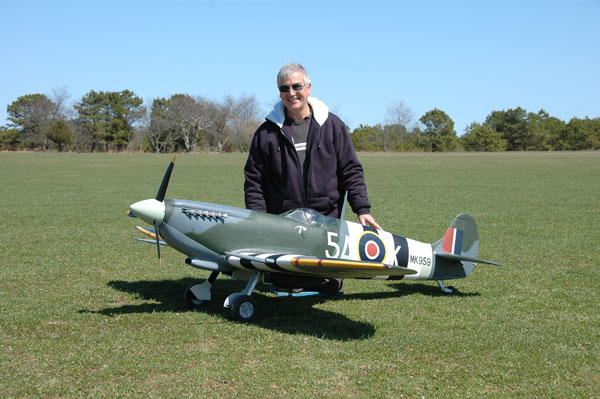 Part of the talent pool that is the Long Island Sky Hawks RC club, Lou Cetrangelo will again be competing at Top Gun with his very impressive Spitfire Mk. IX. Powered by an 110cc 3W inline twin cylinder engine, Lou’s airplane started out as a CARF-Models ARF Spitfire kit. Lou engineered it so the engine cowling was as clean looking as possible with little or no extra cooling openings. 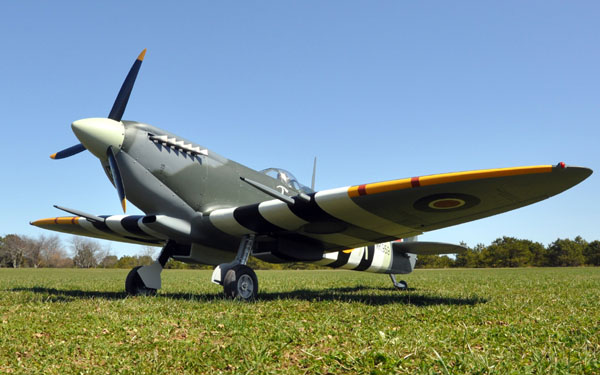 He first considered water cooling but that was too complex with removable wings. Lou ended up with an air duct system that takes the air from the scale scoop at the bottom of the cowl and routes it between the engine’s cooling fins. 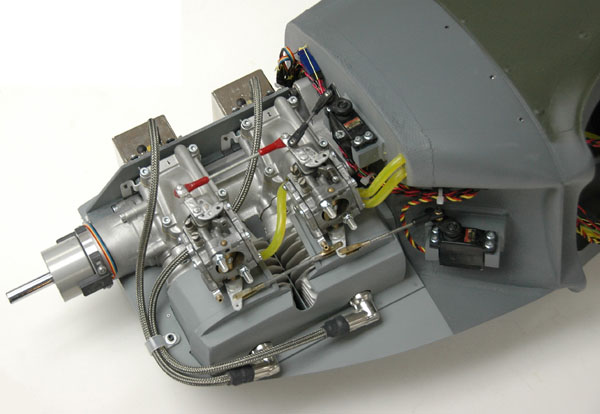 Airflow then exits through an air duct to the starboard side of the fuselage, through the right wing panel, and out the radiator opening. 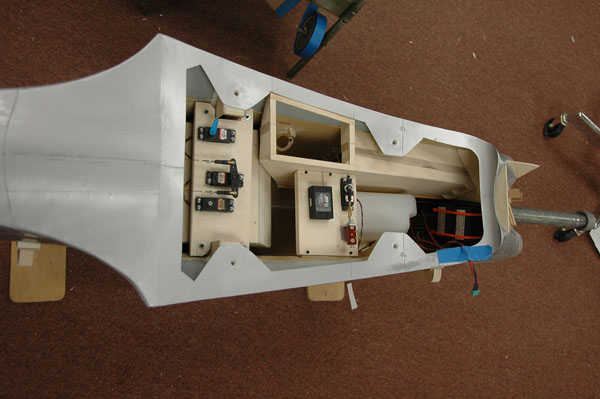 He added two 12V computer fans in the ducting to improve cooling during idling and taxiing. Lou used RC telemetry to monitor the head temperature, and after a lot of patience and a year of trial and error, he tweaked the cooling design until it worked reliably. The Spitfire has a span of 102 inches, is 88 inches long, and weighs in at 36 pounds. Lou is using a JR 2.4GHz radio system with Hitec digital servos, Sierra Giant retracts, and four A123 2300mAh battery packs from NoBS. 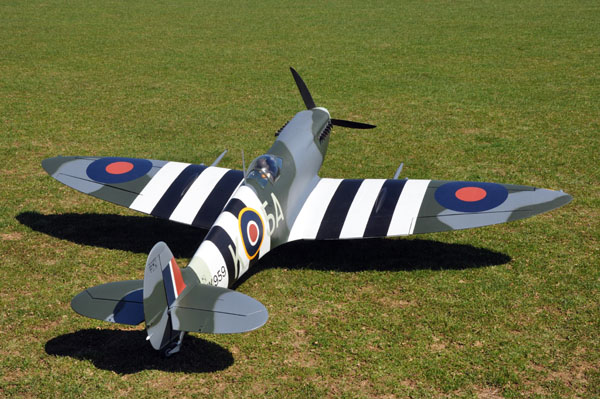 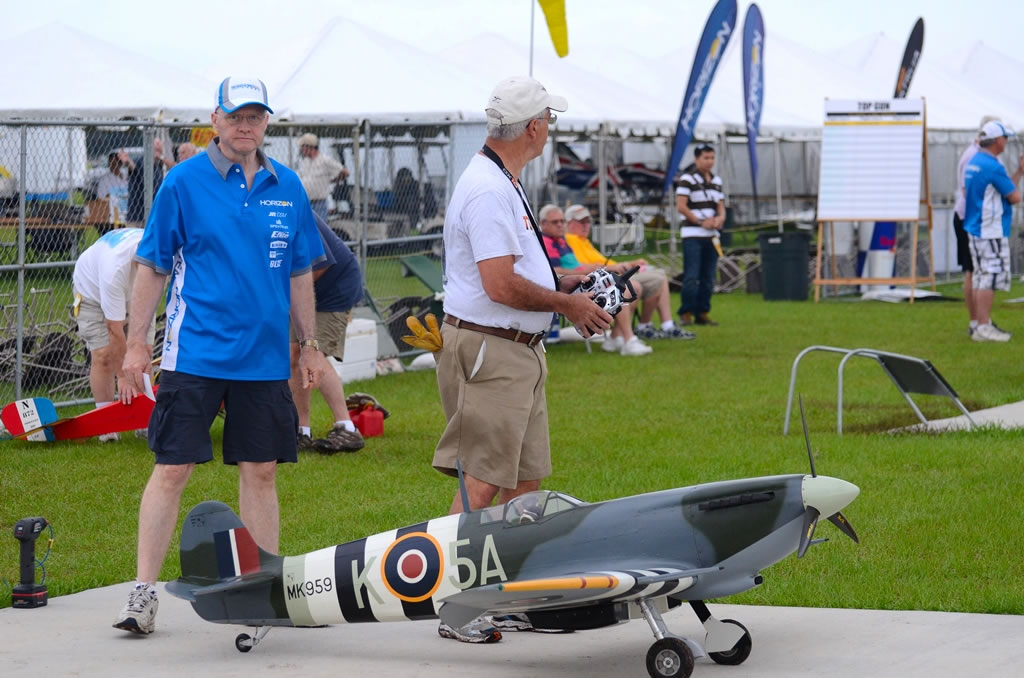 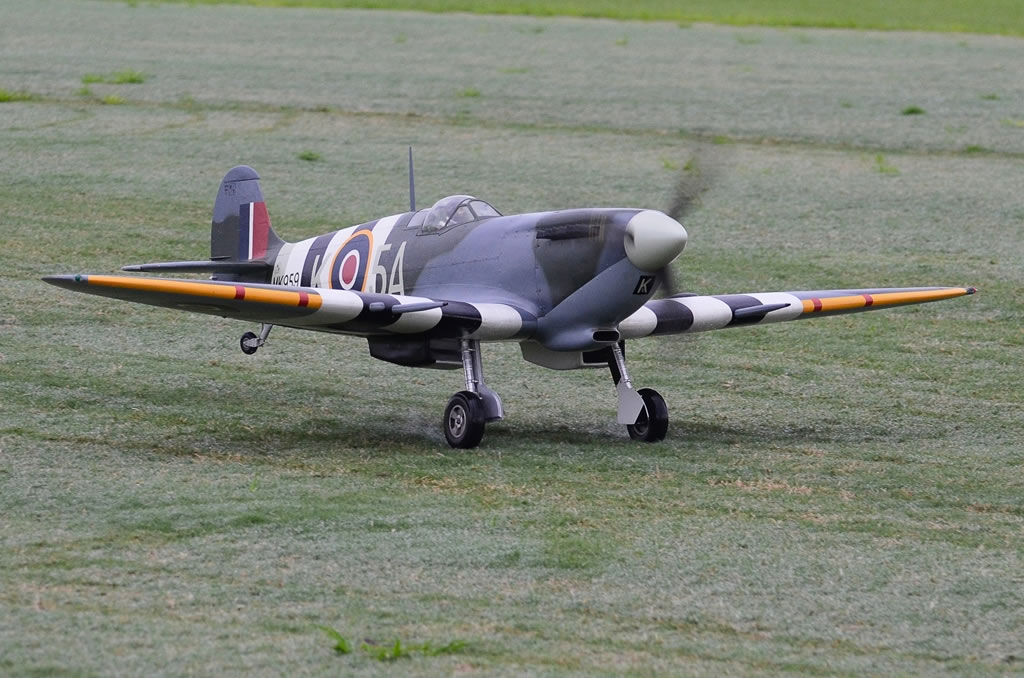 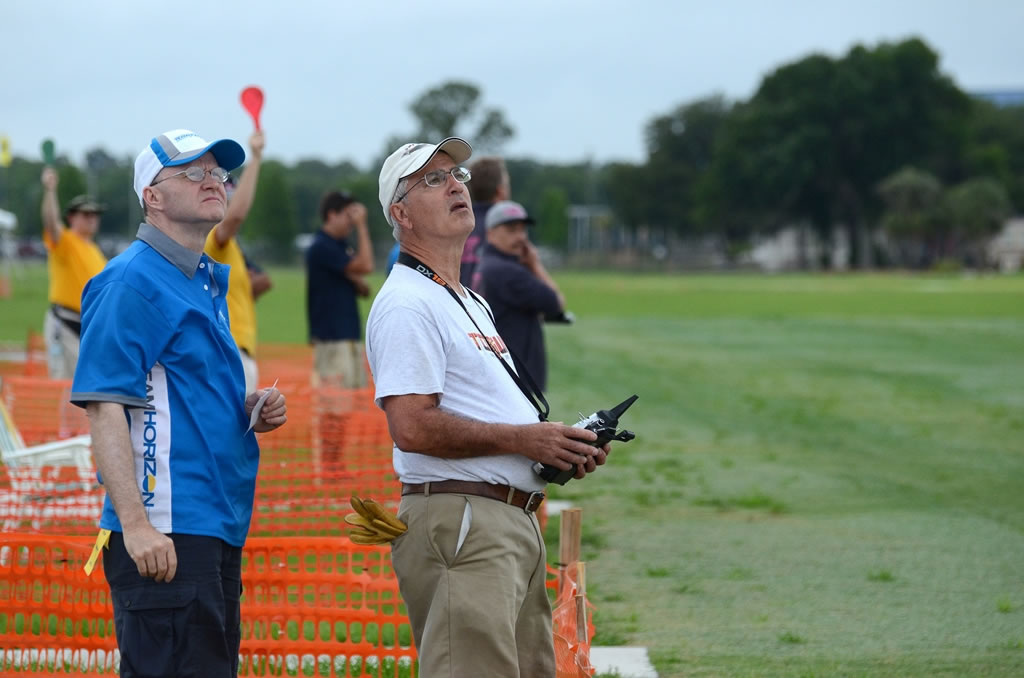