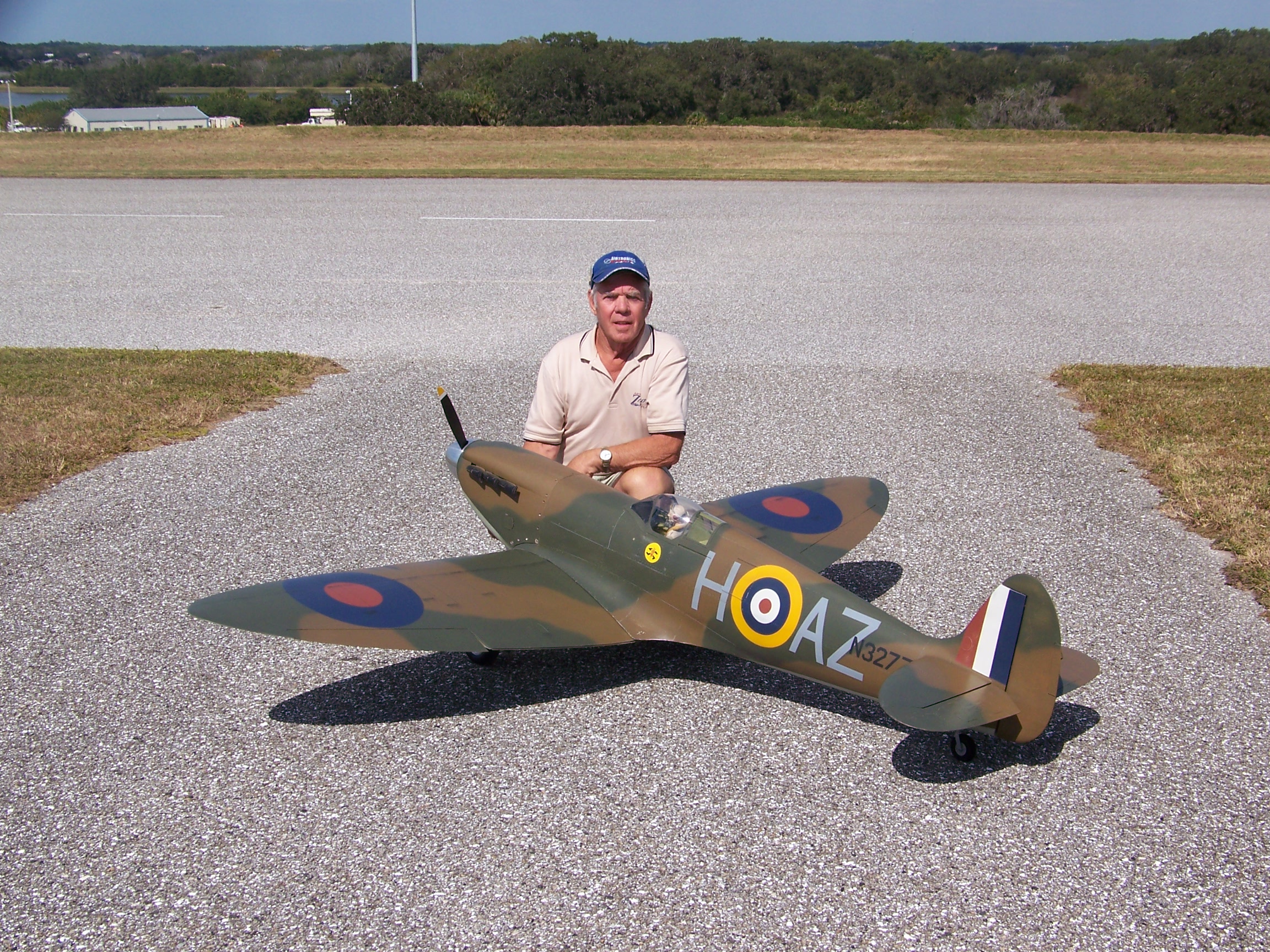 As we draw closer to the big 25th anniversary of the Top Gun Scale Invitational, we are collecting more advance “intel” on the planes and the pilots who are planning to attend this world-class scale competition in Lakeland, FL. 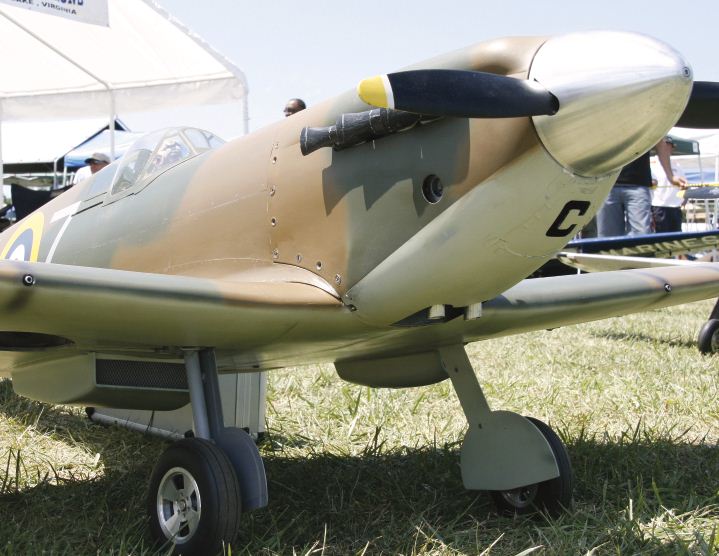 The man who practically invented giant scale RC warbirds and long time Model Airplane News contributor, Nick Ziroli Sr., from Sarasota FL., is attending the 2013 Top Gun shoot out and his aerial weapon is going to be his most recent design, a 1/5-scale Supermarine Spitfire Mk.1. 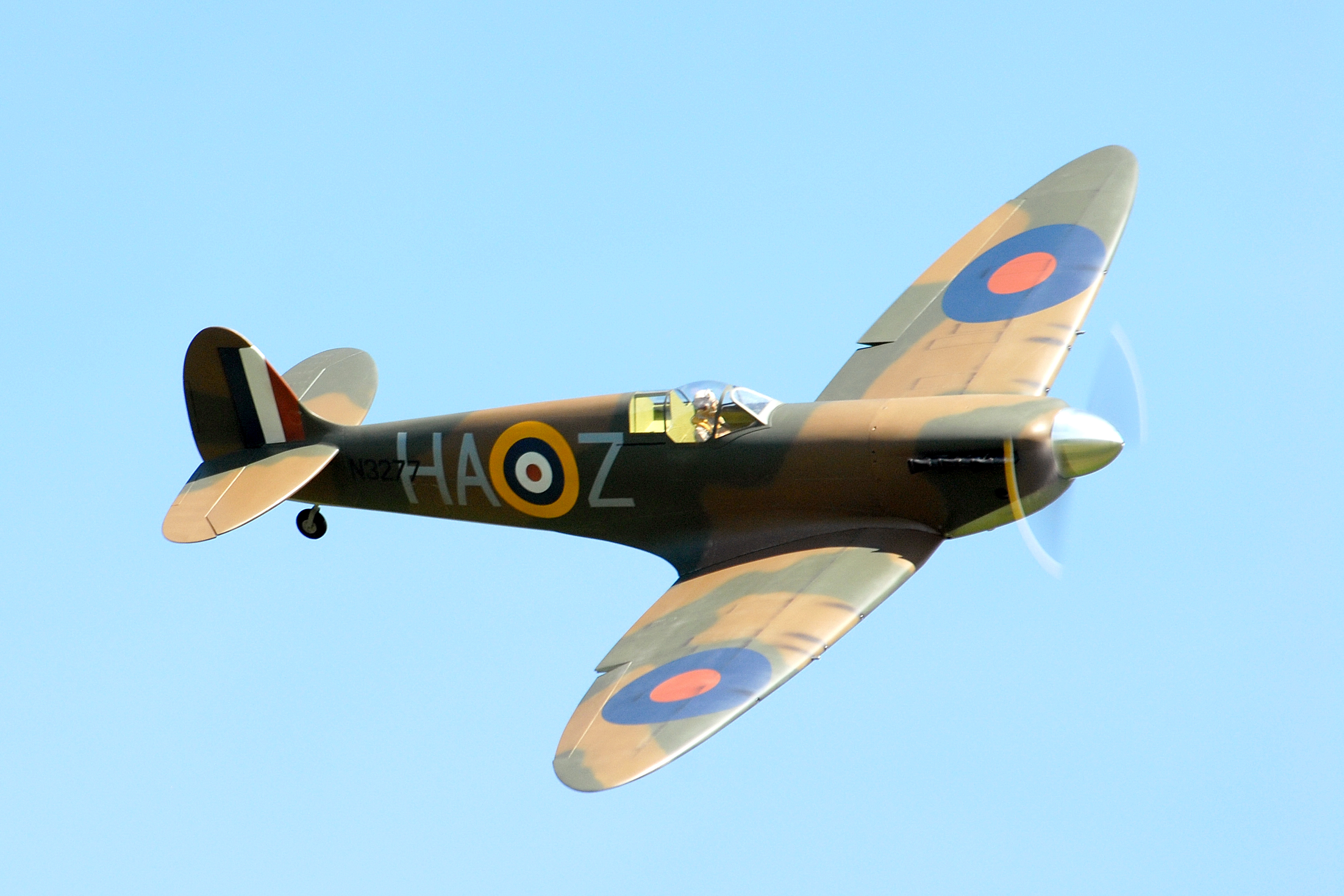 The construction is typical of all of Nick’s warbirds and uses traditional balsa, lite-ply and A/C grade plywood. The engine cowl is made of fiberglass and the over all finish is fiberglass cloth with Pacer Z-Poxy surface prep. The classic sand and spinach paint scheme is with Latex paint. All markings painted except small cockpit emblem from Red5designs.com 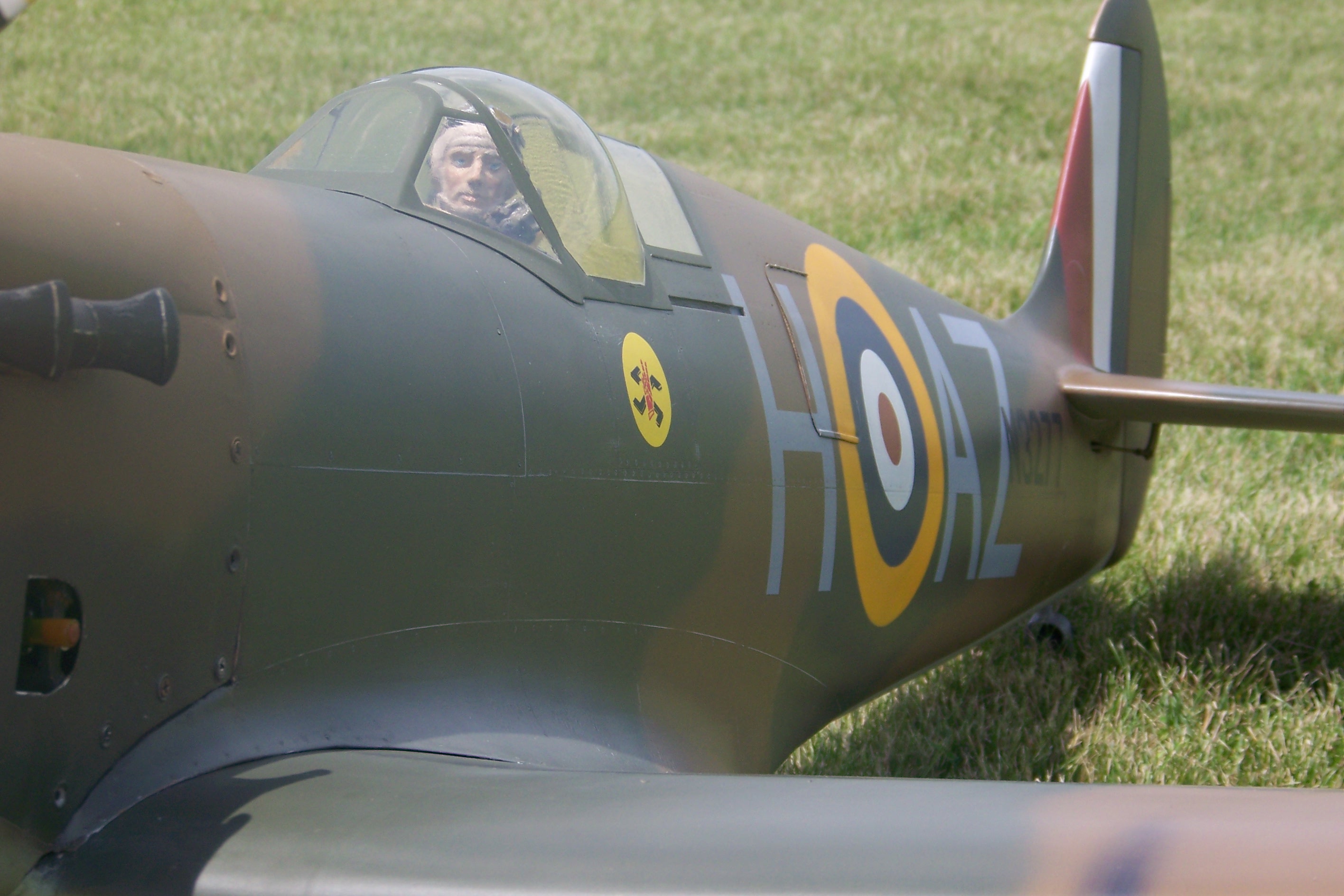 Power is from a Zenoah G-62 spinning a 22×10 prop and Tru Turn spinner. Radio gear is a Airtronics SD-10G and the retracts are from Robart Mfg., with Robart wheels and tail wheel. If you want to fly your own RAF fighterm plans and parts are available from Nick Ziroli Plans at ziroliplans.com