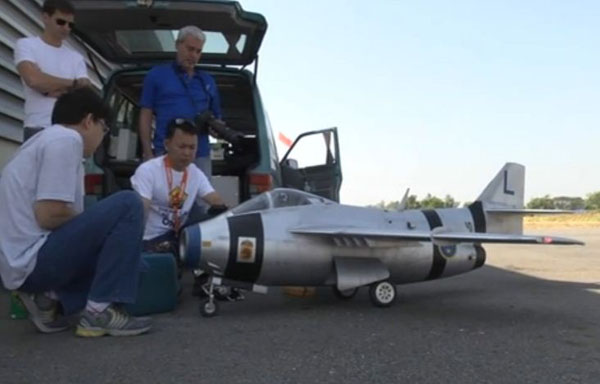 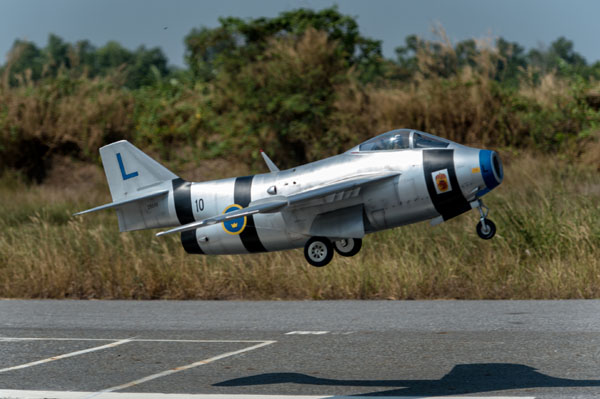 This year Mike Selby is again competing at Top Gun with an unusual airplane of his own creation. His 1:4.8 scale J-29F Tunnan made with Airex/fiberglass/carbon fiber laminated construction, weights in at around 32 pounds. Power comes from a 27-pound-thrust PST 1300 turbine engine and the Tunnan is controlled with a Futaba 14 MZ radio system. It took Mike around 18 months between, engineering, making molds, and then building the prototype shown here. The airplane formers are made from Airex/carbon  and the molds are now over in Slovenia with Mibo who will be kitting the design, although the molds won’t have as much detail as Mike has applied to his competition model.  The servo’s are mostly JR, with 8711 servos used on the rudder and elevator. A power box is also used for power distribution, programming and synchronization of the flaps and air brake systems. The landing gear system is electric using a CPU for measuring current spikes to stop the retracts’ travel. 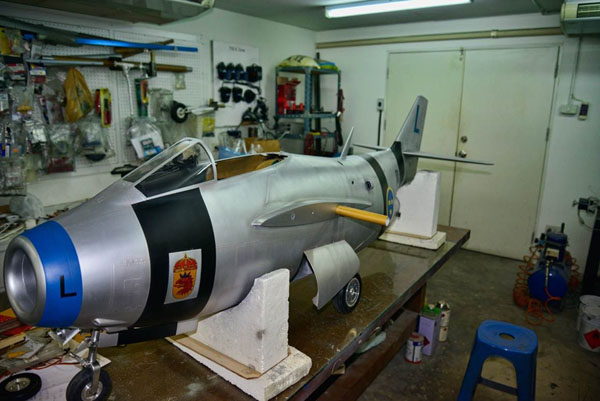 The model is painted with Swedish Air Force markings are from the late 1950s. The finish was done with a metalized acrylic lacquer, that is then rubbed extensively with steel wool, and treated with an additional mist of semi grey/brown lacquer which is then burnished to imitate the metal finish and variability to the different panels. The graphics are all painted using laser cut masks, with the exception of the squadron patch which is home-made dry transfers using the Pro-Decal system. There are no decals on the plane. 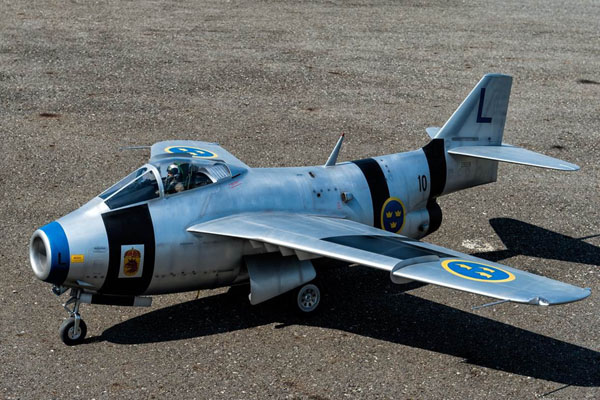 Mike will be entering the Tunnan J29F  in team class and it will be flown with Ray Johns piloting. 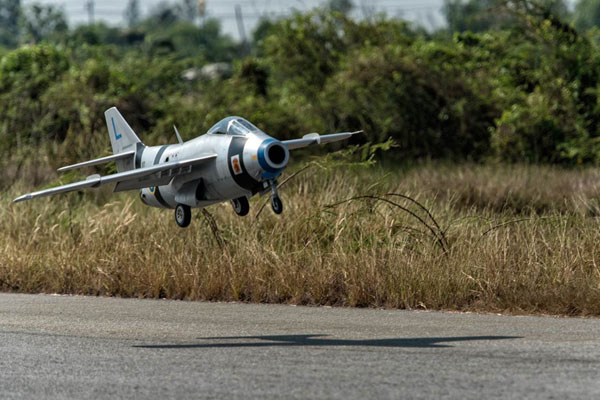