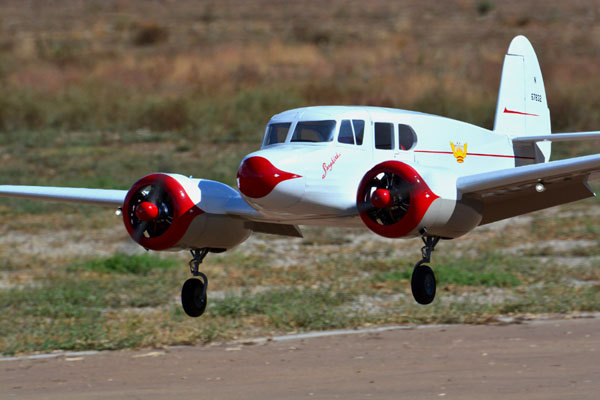 For the 2015 Scale Invitational, Tim Cardin’s entry in the Expert class is his impressive twin engine Cessna T50 Bobcat. Tim chose the paint scheme flown in the old TV show “Sky King” used on so many flights searching for bad guys and cattle rustlers. 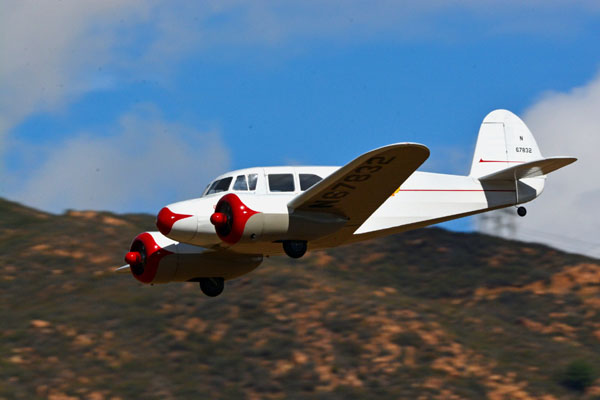 The model was built from Don Smith Plans and it has a wingspan of  100.6 inches and is 82 inches long. Tim’s T-50 is covered with Stits Lite cloth with sheeted ares being finished with .75 oz. fiberglass cloth and Pace Tech. PT40 resin. The paint is Poly Tone and the engines are two Saito 3-cylinder 120r3 radials with Sonic-tronics on board glow drivers. Then engines are equipped with custom made exhaust collector rings made by Keleo Creations and the props Tim uses are either Top Flight 15×6 power tip or APC 14×6. The radio is an Airtronics SD10G and 94851  digital servos used for all flight controls. Radio Power has a redundant 4500mAh 5-cell Lipo setup and Robart Retracts are used. 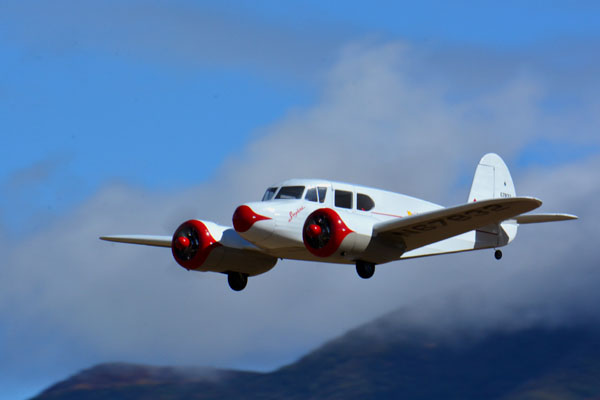 The time to build the Sky King was 11 months but as of today, Tim is still adding details! Currently Tim is testing the new “Down and Locked” Twin Sync engine control.