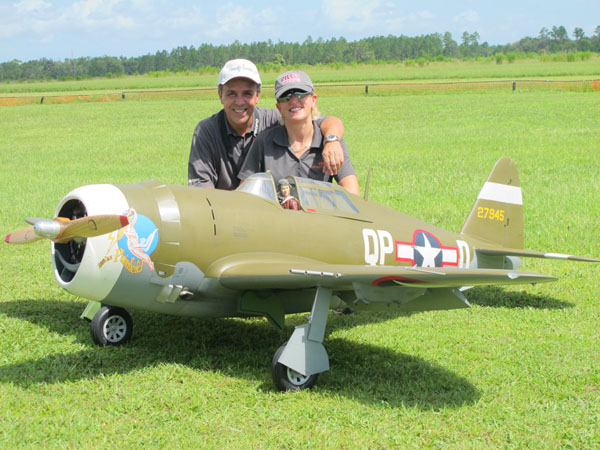 A well known regular to all the RC action and excitement that is the Top Gun Scale Invitational, Eduardo Esteves is shown here with his wife and caller Ana, with his beautiful and very impressive  P-47 Thunderbolt razorback built from a CARF-Models composite kit. The Thunderbolt’s wingspan is 110 inches and weighs in at 62 pounds. Finished with Klasskote epoxy paint, the model is a replica of the P-47 flown in the second world war by the Lieutenant Steve Pisanos, (known as the Flying Greek.) Eduardo became friends with Steve while attending the 2010 Warbirds over the Rockies event in Colorado. 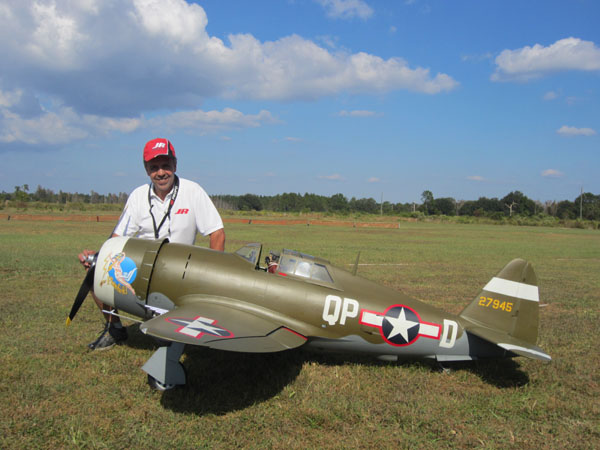 The P-47 took one year to complete and was built at Frank Tiano’s shop by Denny DeWeese. Some special features like operational Cowl Flaps, scale exhaust and landing light mechanism were made in Brazil by Octávio de Paula. The impressive cockpit interior is from the Propag Team from the Chech Republic. The Thunderbolt is powered by a Moki 250cc radial engine turning a Xoar 32x 18 propeller. 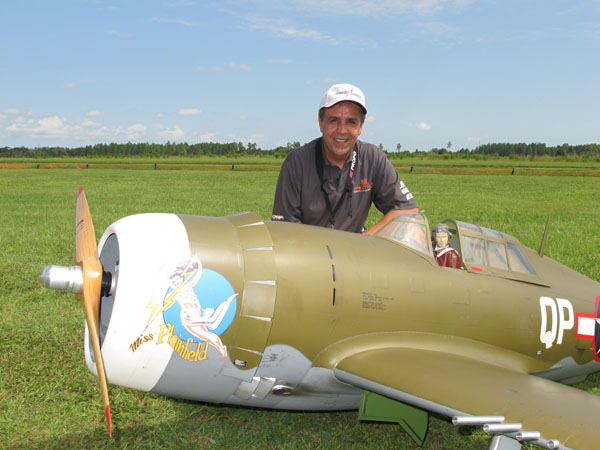