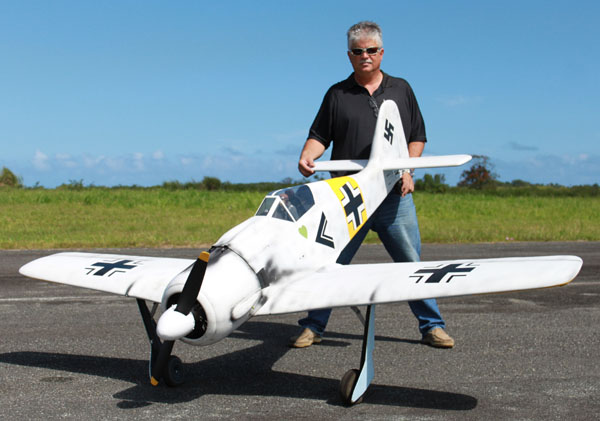 Here’s another installment for our Road to Top Gun! Coming from Puerto Rico, Francisco (Frankie) Mirandes will be flying a Focke Wulf 190 in Pro-Am, a hotly contested class at the scale invitational. Dressed in the Eastern Front Luftwaffe winter white scheme, the FW-190 is built from a Meister Scale kit and is powered with a Moki 150cc radial engine. The Butcher Bird is equipped with Century Jet retracts and weighs in at 39lbs. Frankie’s 16 years old son, Ricardo Mirandes, will also be competing and will also be competing with a Douglas Skyraider built from Nick Ziroli Plans by Ramón Medina. It is powered with a 3W 70 engine, has Scale Sierra retracts, and weighs 32lbs. This will be his second appearance at the scale invitational. Last time Ricardo finished six in Pro-Am Sport class with a T-34 and this year he is coming back for redemption. 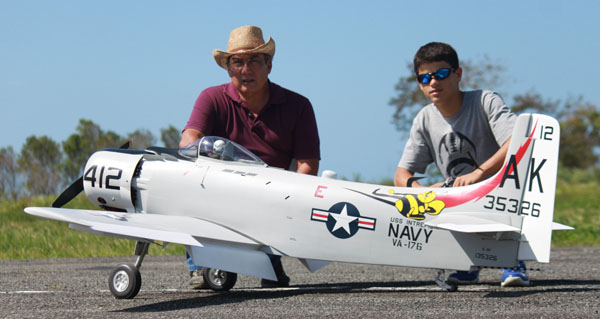 Frankie will also be flying a Provost TM 5 jet the Unlimited Class, built from a highly modified Jetwelt kit from Germany. Based on a full-size jet based out of San Juan, Puerto Rico and is owned by his friend Dondi Pesquera, the model is highly modified and powered by a JetCat 160 turbine producing 46lbs of thrust. Frankie and Tony Vega are the Provost builders All Planes are flying with JR radio gear.

Shipping these aircraft all the way from Puerto Rico is an adventure in itself and Frankie says the FW-190 is being used as a test bed to break in two Moki 150 radial engines for a larger project he is working on now. The model is a 142-inch Douglas A-26 Invader which will be ready for Top Gun 2013!