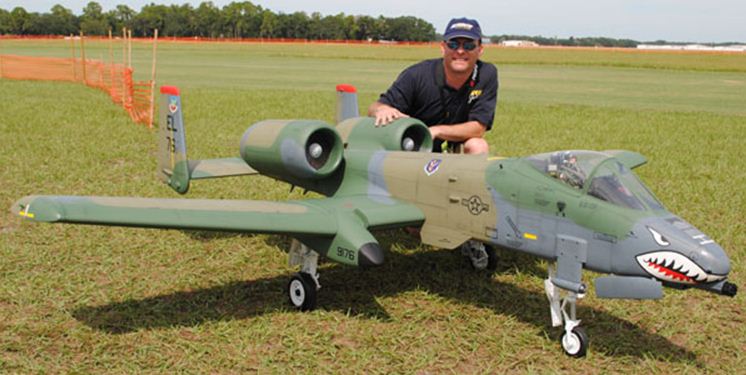 From Orlando, FL., Greg Foushi is the current 2011 Top Gun “Sportsman” Champion and for 2012 Top Gun he will be competing in the Pro-Am Pro division. 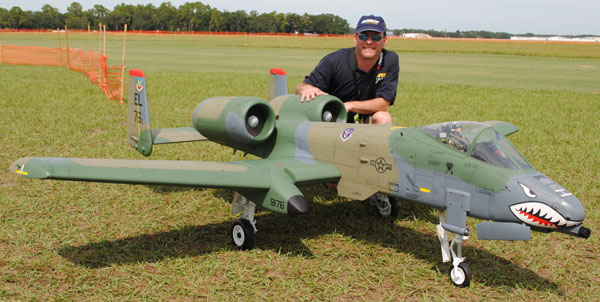 His new Skymaster A-10 Warthog / Thunderbolt II  weighs 55 pounds and has a 110-inch wing span. It is powered by twin JetCat P-80 turbines (with kersosene starts), putting out 22 pounds of thrust each.  The A-10 has a scale fully detailed cockpit, a working light system, functional canopy, bomb dropping capabilities and functional decelerons.  Its radio system is powered bya Duralite Spectrum Royal Power Box and 4 Li-Mn battery packs. These pictures are from Monster Planes 2011 where the A-10 won “Best Twin Engine Aircraft.” Greg Says he’s looking forward to flying in Top Gun 2012 with this awesome jet.