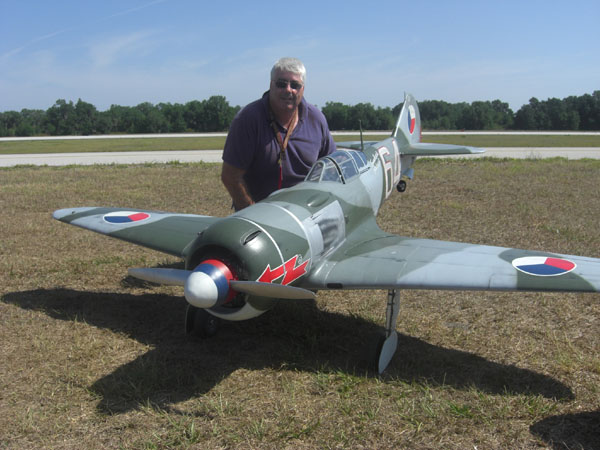 As the Top Gun competition draws near, we continue to get updates from pilots on their incredible scale aircraft. Here’s the latest Steve Thomas, who will be campaigning his unusual Lavochkin LA7. His 58-pound warbird is painted in Czechloslovakian colors and is powered by a 260cc (!) 7-cylinder Evolution engine.  Steve will be competing in the Pro-Am class. Here’s what he has to say about his plane and preparation for Top Gun.

“I personally have always had a liking for the more unusual aircraft that you do not see regularly at the flying field – the Lavochkin 7 (LA7) fits this very well. 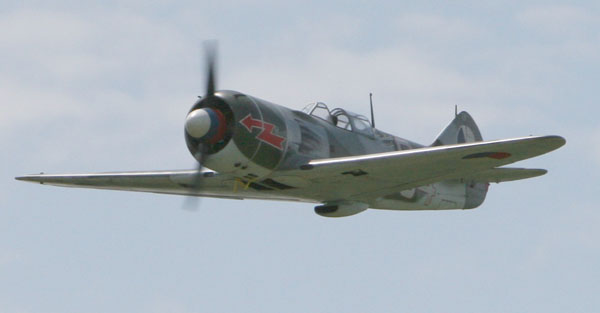 The LA7 was first flown in November 1943 by the Russian Air Force and its performance was found to be very impressive. It entered service in 1944 and flew until 1946. Some 5,753 were built.  Owing to metal shortages at the time it was basically made out of wood with very few metal parts on the air frame. The planes were painted with aluminum oxide  to protect them against the very harsh environment which gives the effect of a metal skin where in fact it is plywood. 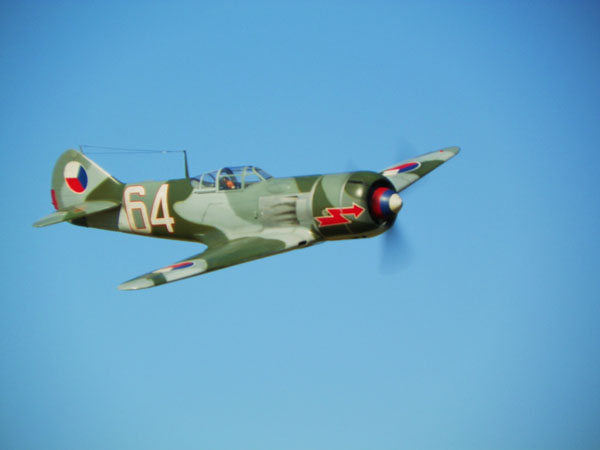 My plane is built from a Scalewings” kit from Austria. Johann Schwoller the owner is a perfectionist and only produces a few models a year. My LA 7 was the first one off the production line and it was the first one to be built and flown in the world. Johann had not even completed his development model before mine was ready so the first flight was a little nervous with lots of unknowns – but the plane performed very very well. 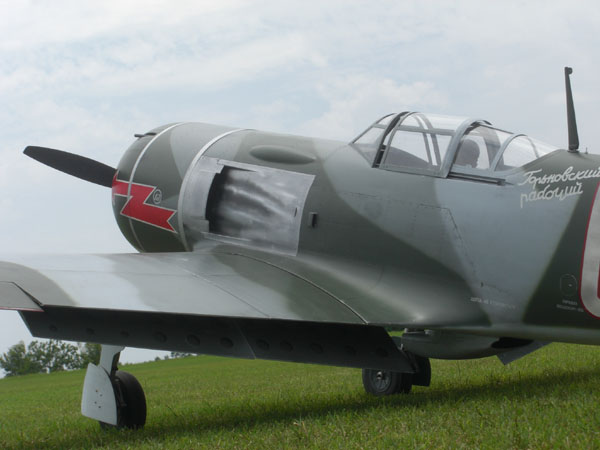 Once again to be a little bit different, I painted the in Czechoslovakian colors to make it stand out. The writing on the side says “Workers of Gorkey” which is the factory where this aircraft was made

Some details  of the model are :

Retracts are made in Germany by Rob Schiller

Radio is a Futaba 14MZ with the 14 channel receiver Fut6014. Two  3500mAh Ni-Mh 6volt  batteries are used for the radio with an EMS battery backer. Also one 7.2 volt Ni-cd battery for the engine ignition and one LiFe cell on the smoke pump. 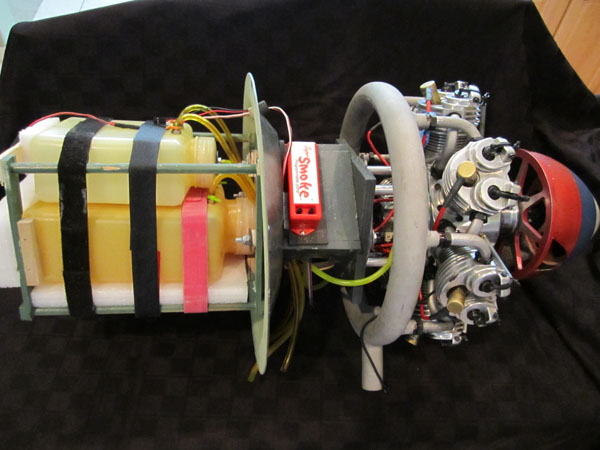 The Engine is the new Evolution 260cc 7 cylinder radial engine that produces close on 100 pounds of thrust! 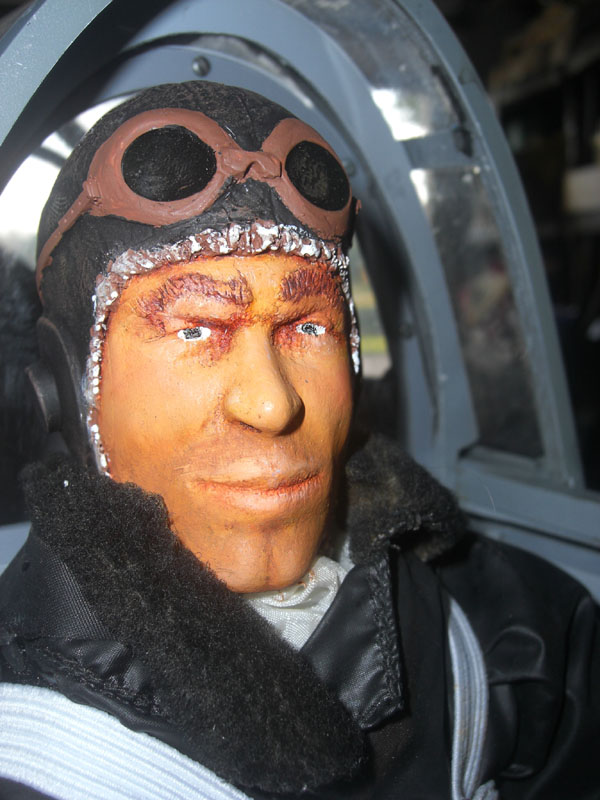 The pilot figure is hand made and looks like an angry Russian guy! The cockpit detail is also hand made

The plane flies remarkably well but the heart of it is the power-plant. The plane originally flew with the 3W 150 twin, this engine worked well, however,  Horizon Hobby approached me to test their new radial engine and after a small refit the engine has found its new home.

The engine  has 7-cylinders and is 260cc in capacity. From the beginning the engine has performed very well with very easy starting and excellent reliability. The sound of a 7 cylinder is something else !!!

The engine starts normally on the first or second flick and settles into its beat. Notoriously multiple cylinder engines can be challenging to operate but not this one. The engine runs a good 40 degrees cooler than similar engines which is substantial and you can even hold the cylinder heads when the engine is on low RPM – try doing that on other makes. Another benefit is that you do not need any additional equipment to run it. I am running it successfully with no baffling whatsoever even in the Florida sunshine. This engine is almost fit and forget.

It looks great in the air and has a very wide performance envelope. It flies very well at slow speed with its 4 flaps hanging in the wind and the Evolution 260cc radial engine pulling against them. Even at 58 lbs the plane flies very well with takeoff normally at just about half throttle and cruising speed just below half power. At full power and close to 100Lbs of thrust the performance is endless with  ‘out of sight’ vertical manouvers.”