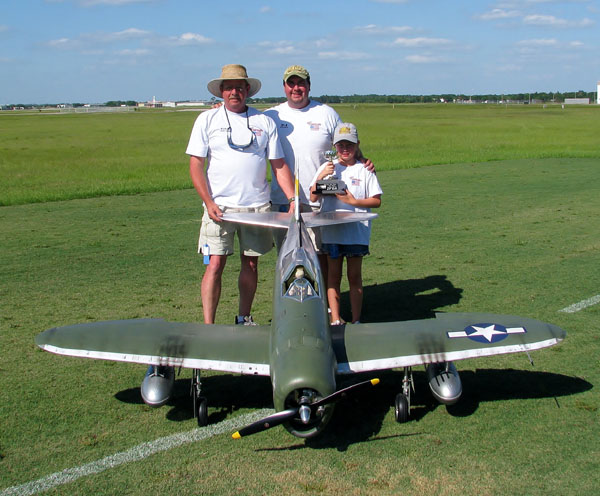 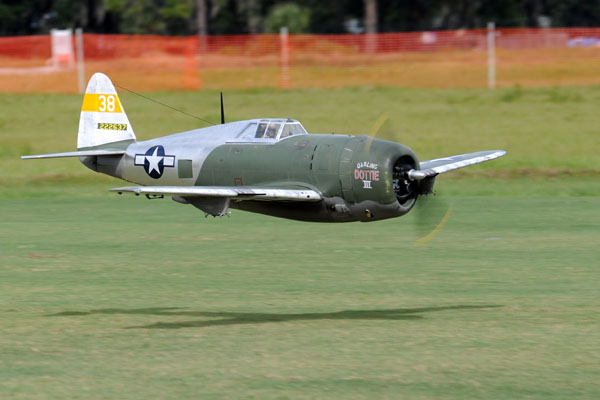 Built by Wayne Fussell from a Meister Scale kit in a little over a year. This impressive P-47 made its debut at Top Gun in 2011 when it placed 5th in Pro-Am Pro, piloted by P.J. Ash. For 2012, upgrades have been made and Wayne’s Thunderbolt will be flown by Dino DiGiorgio owner/operator of Meister Scale.

The Jug has a wingspan of 102” and weighs 52lbs. The jug has operational cowl flaps, wing tank drop, and flaps. Sierra retracts and powered by a YDA-112 twin cylinder engine. The wing is built up in a traditional way with a fiberglass fuselage. The entire airframe is covered with Flight Skinz aluminum foil available from Solo props. The foil is then lightly sanded and painted OD green. Guidance is provided by a JR-9303 and Hitec servos.

The paint scheme was used on a P-47 piloted by Capt. James T Moore who flew the aircraft in the South Pacific theater. Capt. Moore was credited with 6 confirmed kills, sadly he was lost in action when he flew down through the clouds trying to break out of the weather and was never heard from again. 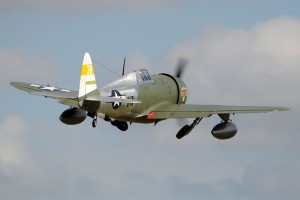 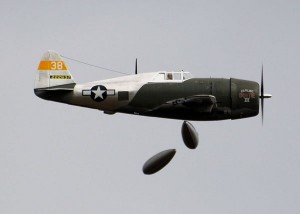 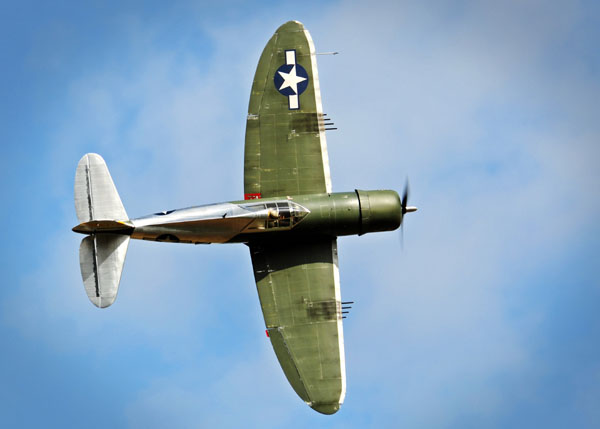