The 2020 Top Gun Scale Invitational is just around the corner, and so we are again highlighting some of the newest contestants planning to compete at Paradise Field in Lakeland, Florida. Hosted by Frank Tiano, this year’s competition takes place April 29 through May 3. As always, our “Road to Top Gun” article and online posts help heat things up by highlighting several of the pilots and their amazing aircraft. As usual, all the contestants are hoping to earn the ultimate title of “Mr. Top Gun” for this, the 32nd anniversary of the world’s greatest RC scale competition. 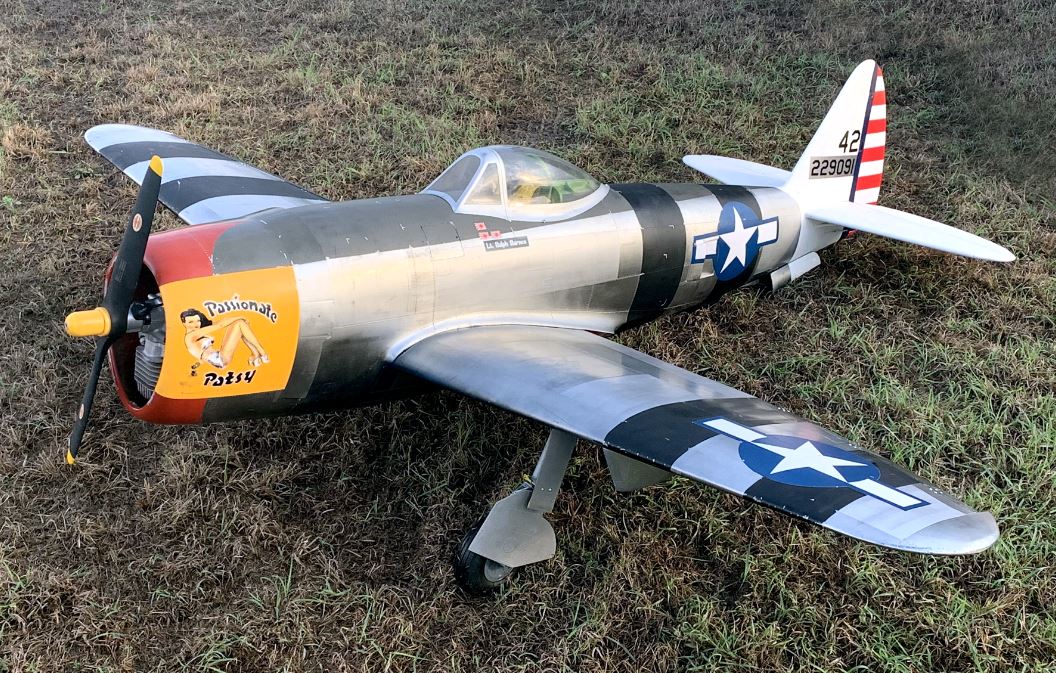 AaRahn Stewart from Beaumont Texas, will be competing in the Pro/Am Pro-Prop class at Top Gun 2020. His aircraft is a Nick Ziroli P-47 and it has a 92-inch wingspan. It has a 3W-75 gas engine for power and has a  Futaba 14SG transmitter with various servos for control. The Thunderbolt sets on Robart retracts and it weighs in at 35lbs. The finish is “Alsa Corp” Chrome, and a mixture of Tamiya and Klass Kote paints. Callie Graphics are used. The plane took about two years to build with the help of a fellow club member. 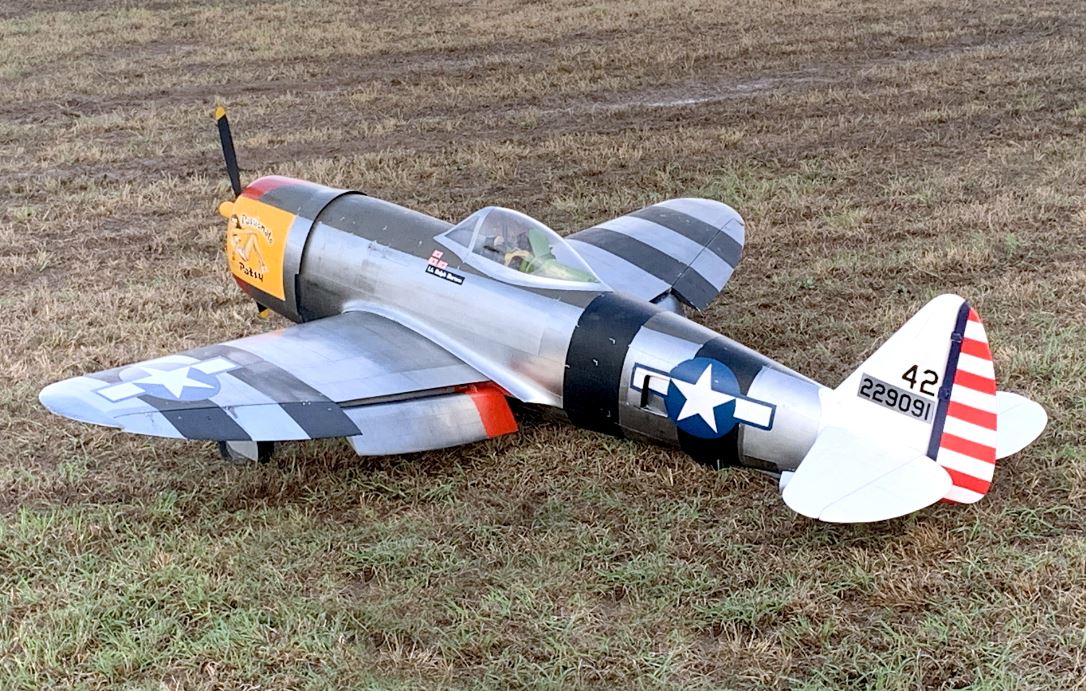 The name of the plane is Passionate Patsy and it’s from the 310th FS and 58th FG. Flown by Lt. Ralph Barnes. AaRahn has been flying for 22 years and has been in scale competition for about 7 years. 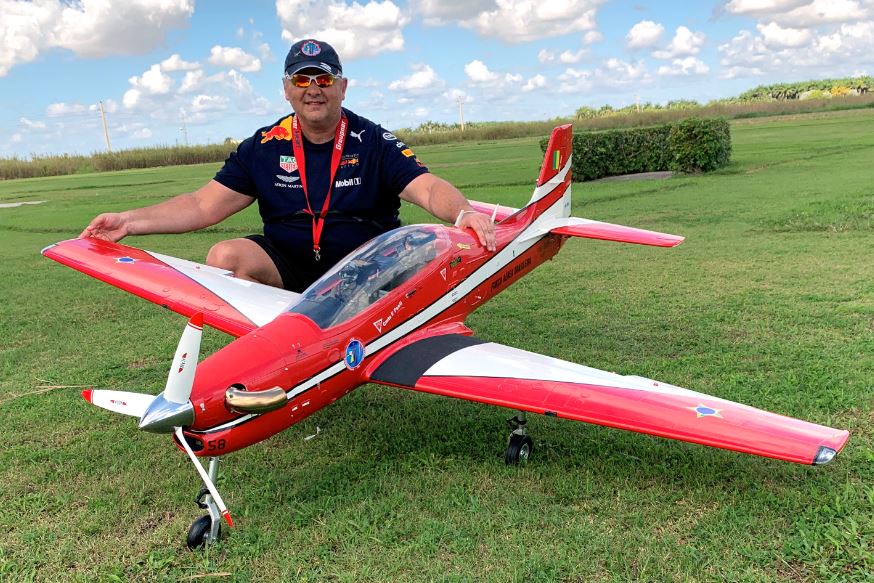 Fabio Fanti, a transplanted Brazilian living in Miami, FL, will be competing with his Tucano Embraer T-27 in the Pro-Prop class.

The paint scheme is for the EDA (Esquadrão Demonstração Aérea) also known as “Esquadrilha da Fumaça” in Brazil. The model has a 90.5 inch span and is 81.7 inches long. Powered by a KT-45 TP Kingtech Turbo Prop engine, the T-27 weighs in at 26.45 pounds. 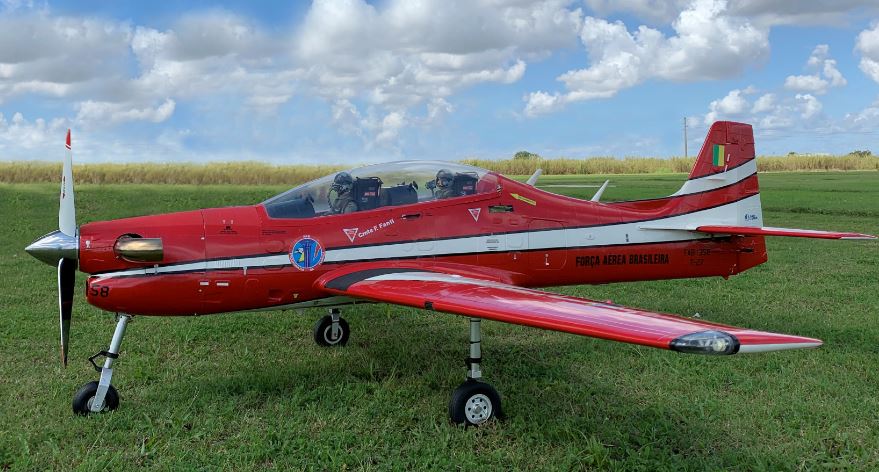 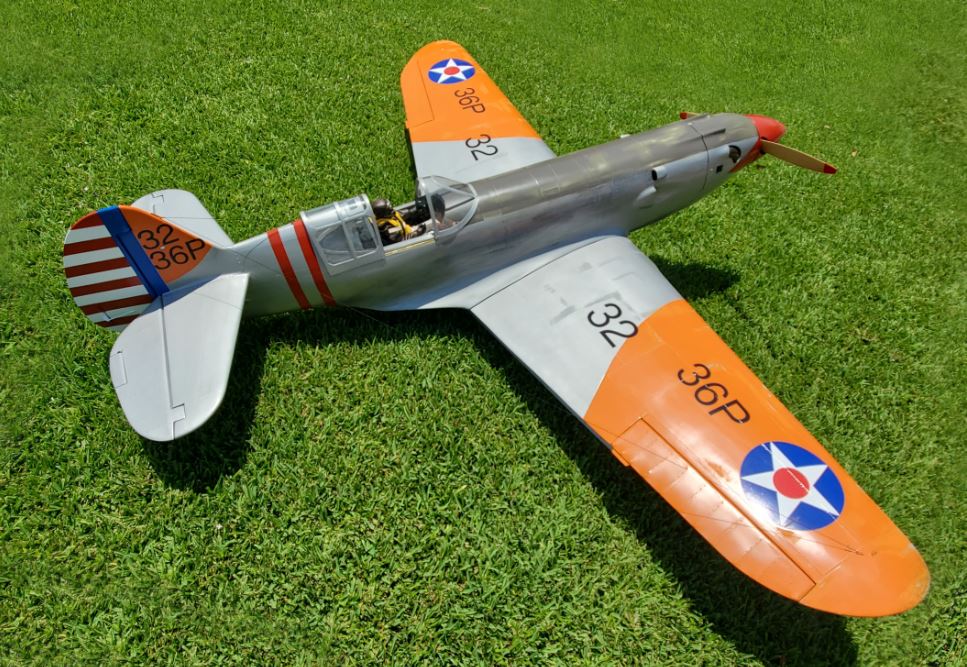 For John Grooter from Orange, TX, Top Gun has been a goal for many years, and he believes he has finally built something worthy of being there. At the very least it is a one of a kind. Entered in Team Scale, this unusual Curtiss YB-37 (built by John), will be piloted be Larry Hebert. Powered by a DLE 85 turning a 26-inch prop, the YP-37 started life as a redesigned Nick Ziroli P-40 plans set. It took three years to complete the project, the majority of which was done in the back of my semi truck while driving around the country. 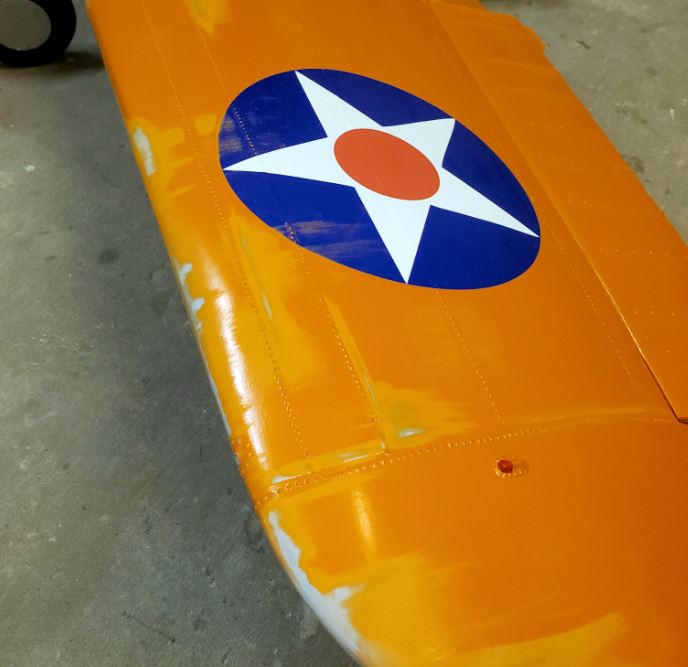 Overall weight is 36 pounds. with Robart electric retracts. The model is painted with Krylon paint and has a clear flat auto paint applied overall after the weathering was done. John uses a Spectrum DX8 transmitter with variety of servos for control. John also scratch built the unusual engine cowling, and the pilot figure is from Warbird Pilots which sits inside a fully detailed cockpit with a sliding canopy. An operating engine choke handle is in the cockpit. The wheel wells are also lined with scale green canvas as on the full-size warbird.

The aircraft was Curtiss’ first attempt at installing an in-line engine in their radial powered P-36. Thirteen YP-37s were built, eight of which saw service in Alaska as part of the 36th Pursuit Group. The aircraft’s cockpit was later moved forward and some additional engine modifications were made to ultimately transform the YP-37 into the P-40 Warhawk.