Our good friend and MAN contributor Rogerio Araujo is coming all the way from Brazil and is going to compete this year at Top Gun with his Paulistinha in the Pro/Am Prop class. 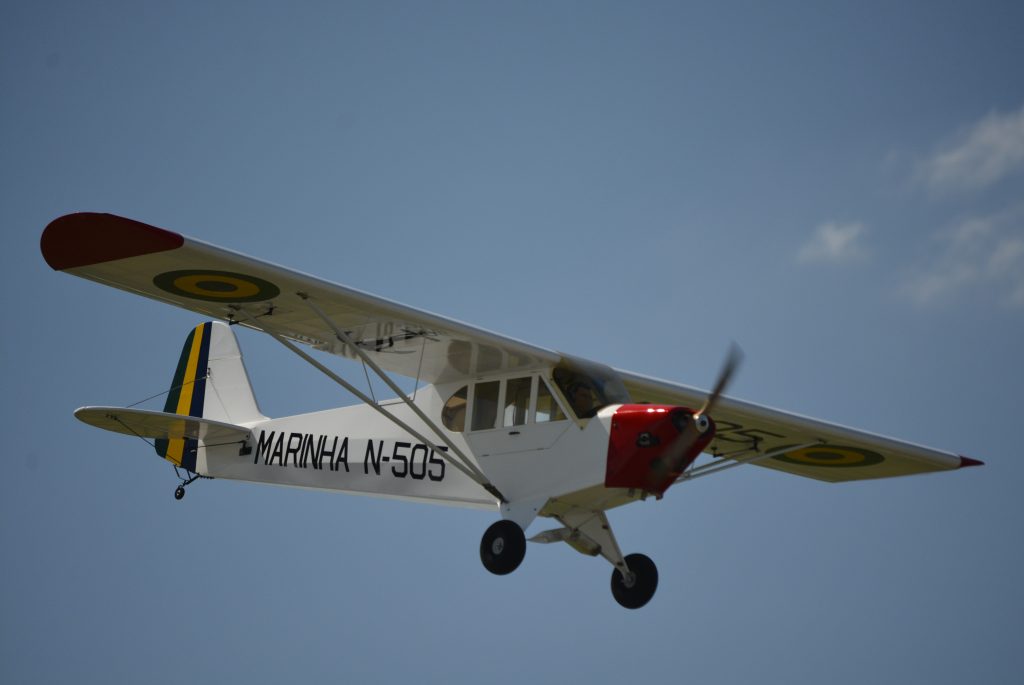 Rogerio’s entry this year has a 158-inch wingspan and weights about 32 pounds. His giant scale Paulistinha is powered by a Zenoah G-62 (magneto ignition), turning a Falcon 22×10 Civilian prop. The full-size Paulistinha is a locally produced Piper Super Cub clone powered with a 65hp engine. The model is guided with a Spektrum DX9 and it is dressed up in Brazilian Navy livery which is painted ontop the Solartex covering. Rogerio says his entry is evidence that the “KISS” rule can be applied to Top Gun competition aircraft as well!

Rogerio started his modeling career with a 30-inch-wingspan Paulistinha back in 1968. After that, he was a non-stop building machine and he flew several models and earned  a Control Line Champion title in 1989 and a Scale Pro Class Champion title in 2018