Four-time Top Gun winner, David Wigley will be returning again to Top Gun this year with his totally scratch built Westland Wyvern S-1. David’s aircraft was taken out of the competition after a terrible cartwheeling crash in 2015 and it was substantially damaged. David came back in 2018 to compete with his resurrected Wyvern, and no one could even tell that it had ever been damaged. To date, David has are more than 500 flights on the Wyvern. David is planning to enter the Masters class this year, (if the class is run in 2019), otherwise, he will enter Expert. 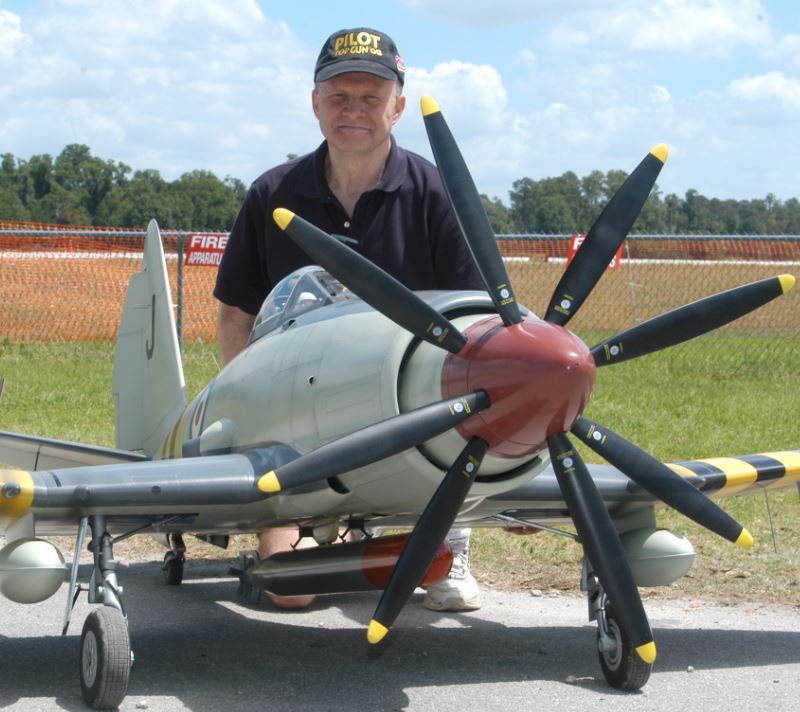 The 1/5-scale Wyvern is David’s own scratch build design and has a span of 100 inches. It weighs 51 lbs., and is powered by a modified BME 100cc gas engine with a custom-made (by David), prop-shaft extension. It spins a Mejzik 24 x 12 3-blade (main drive), and has a contra-rotating wind-milling propeller in front of the powered one.  The main gear units are by Ultra Precision with custom made gear struts designed by David. The tail wheel unit and strut were also scratch built by David. The Paint is custom mixed Klass Kote Epoxy and other details include, a full detailed cockpit interior with figure pilot, scale hinges and functional servo tabs on all primary control surfaces.The Wyvern has Scale Fairy Youngmann wing flaps, scale sequencing gear doors and a functional torpedo drop. 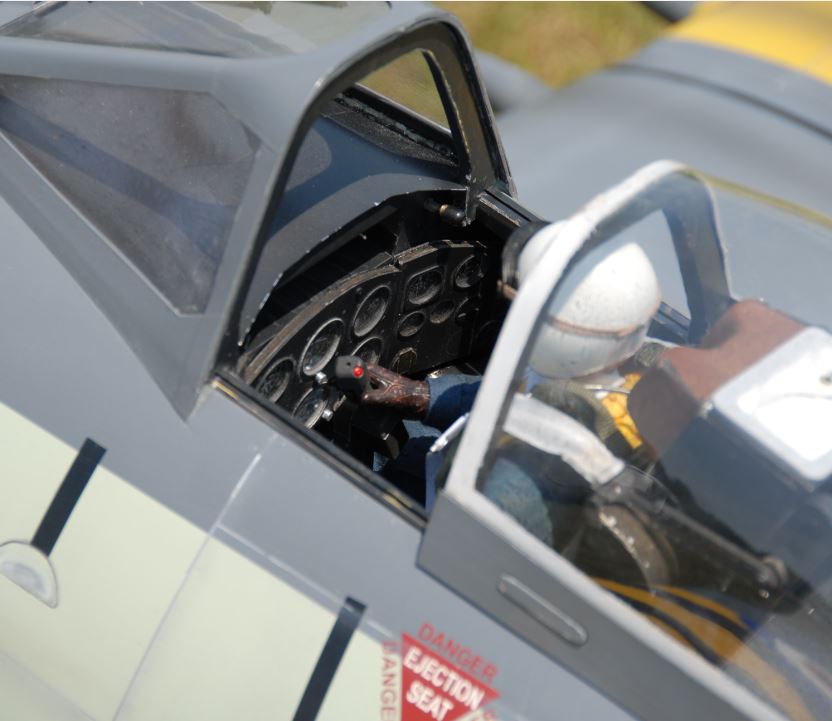