Long time warbird nut and MAN contributor P.J. Ash from Searcy, AR, will be heading to the Top Gun Scale Invitational in October and will be flying in the Pro Prop class with his new Douglas TBD Devastator. Built over 20 years ago, the Torpedo Bomber is totally scratch built from 3-view drawings. The Devastator has a 100-inch wingspan and about 75 inches long. The retracts were originally from SpringAir but P.J converted to electric Robart retracts. 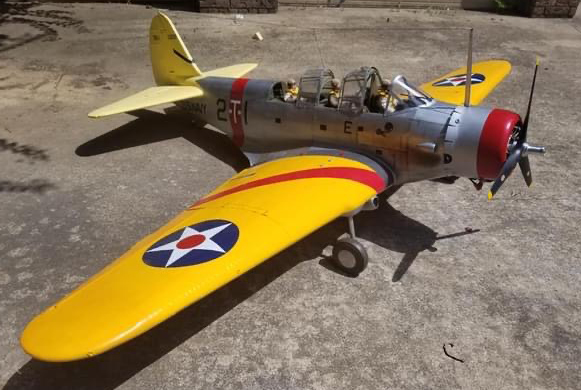 The model has traditional all-wood construction and a glassed finish and P.J. is planning to totally strip it down, and redoing everything including putting in a new detailed cockpit interior with a crew from Warbird Pilots. One, pilot, one  navigator, and a tail gunner. 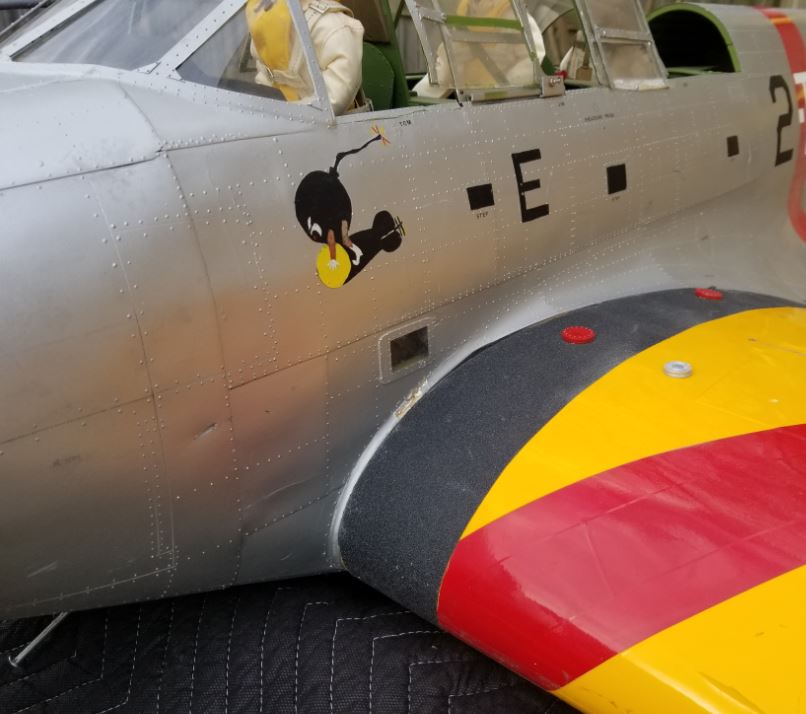 The model is powered by a Zenoah G-62 gas engine using a Falcon propeller, and P.J. is using a DX-18 transmitter and HV6180 Spektrum servos and equipment. Robart retracts are upgraded by Down and Locked. 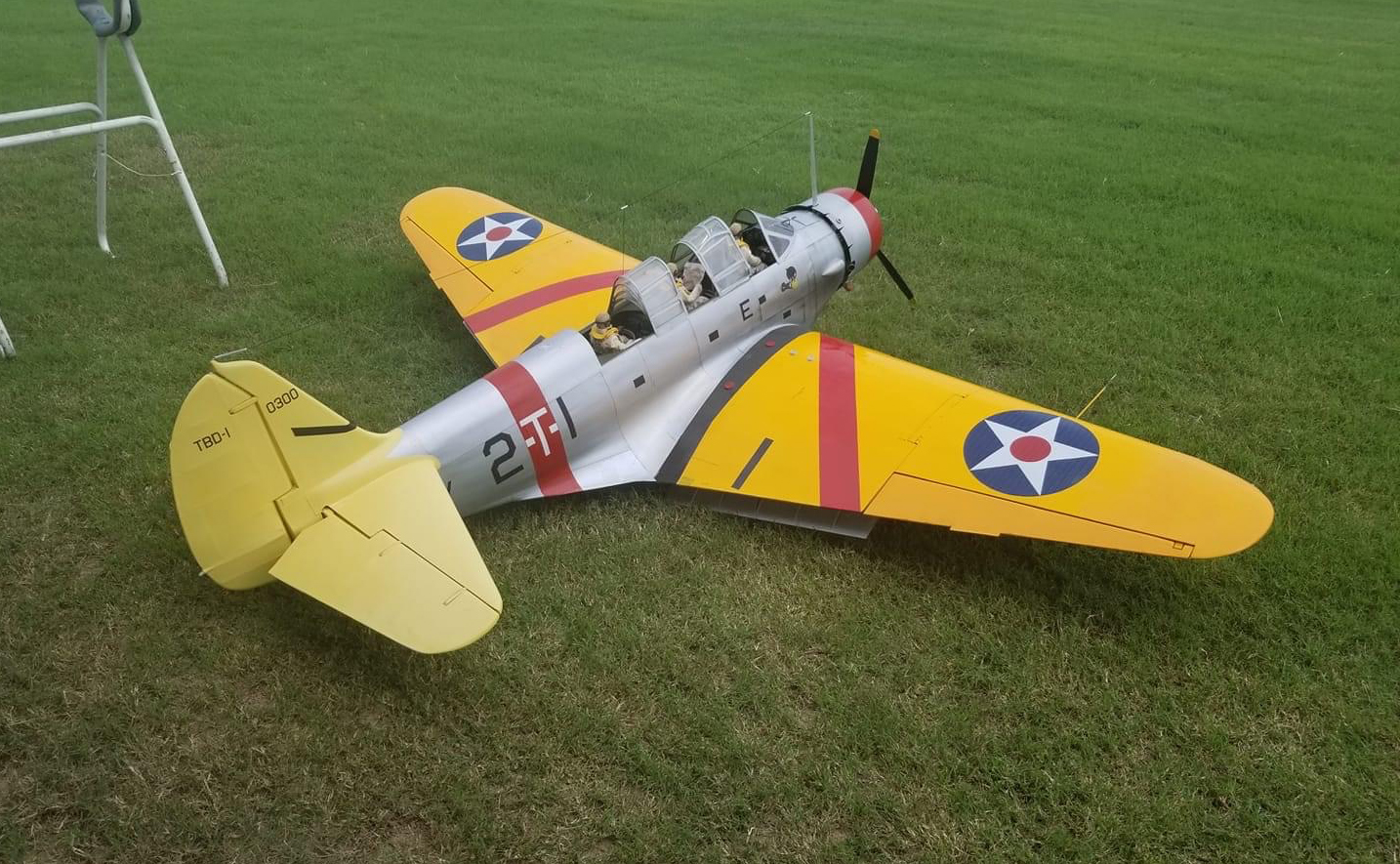 Recently, PJ test flew his Devastator and it flew perfectly, needing some minor tweaks to balance. The functional torpedo drop and functional tail hook both worked perfectly. We’ll be keeping an eye on PJ as he competes down in Lakeland, FL. 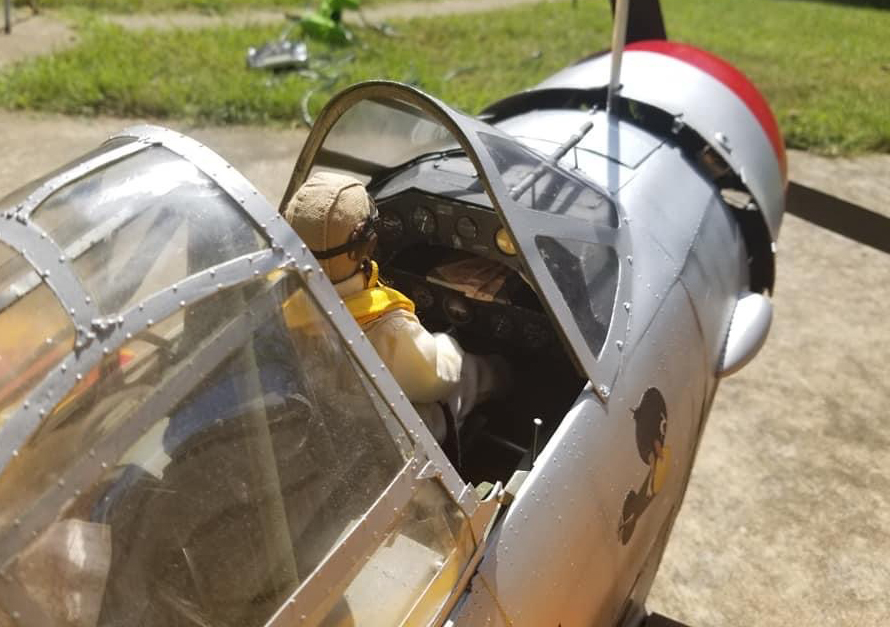 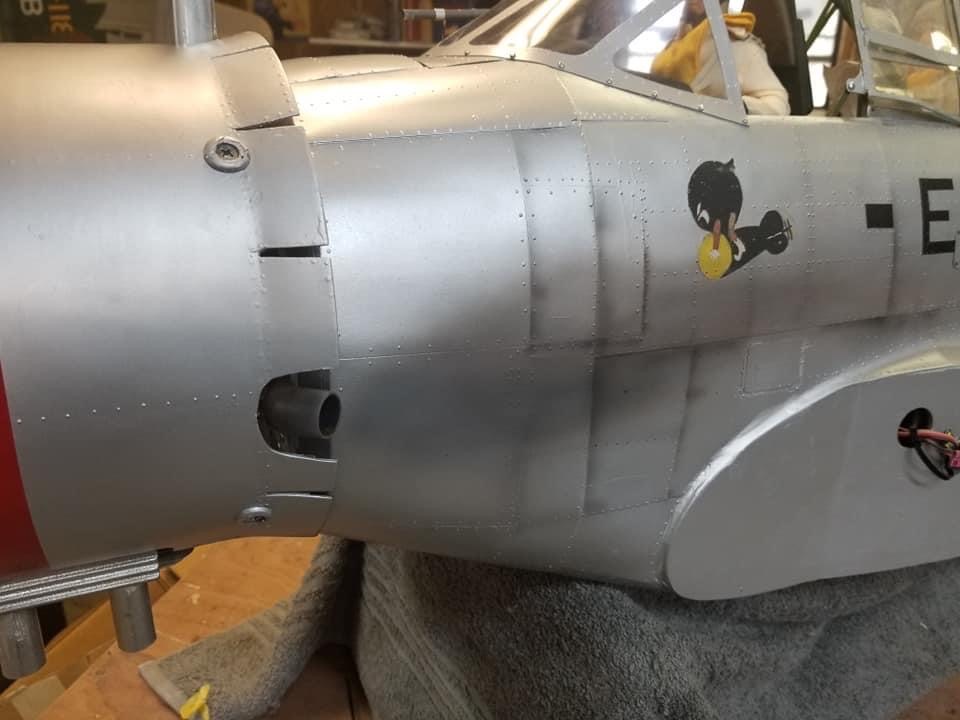