Eduardo Esteves has been a Top Gun competitor for many years, and as a smooth, and consistent flyer, he has won many awards for his amazing aircraft. This yeare Eduardo is going to be flying an aircraft in the form of a 1/6-scale BVM Plug & Play F-16. Competing in the X-Class, Eduardo is required to enter a model that comes out of the box from the manufacturer and he can not modify the airframe. he can enhance it with weathering but that’s it. His F-16 is powered by a King Tech 210 turbine engine and he is using a Mercury PowerBox system and a Spektrum DX18 transmitter. The jet has a span of 80 inches and it is 120 inches long. The Falcone weight 46 pounds plus fuel. Eduardo will also be competing in the Pro Am Propeller category with his impressive ¼ scale P-47 razorback. Built from a CARF-Model kit, the Thunderbolt has a  110-inch wingspan and is powered by a Moki 250cc radial engine turning a Solo prop. Built by Denny DeWeese, the P-47 has a Klasskote Finishing and finished in 1st place at the 2015 Scale Masters in Texas. To date, Eduardo has 210 flights on his big Jug. 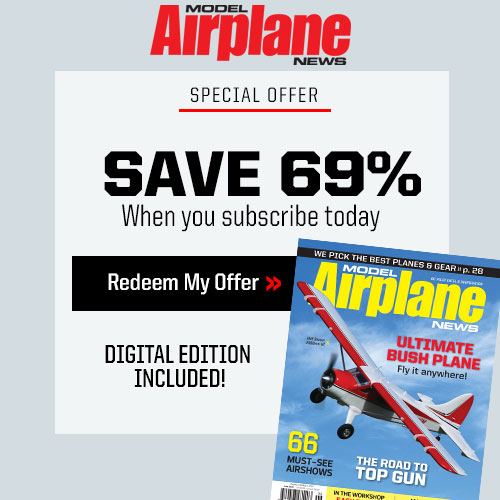