Traveling all the way from the Island of Malta (Republic of Malta), Brian Busuttil will be competing this year at Top Gun with his Hawker Siddeley Gnat T.1. The Gnat is going to be a Team entry, and was built by Keith Woods from Scale Composites in the UK. The Gnat is a 1:3.5 scale, with a length of 109.84 inches and a wingspan of 82.28 inches, the jet weighs 61.73 pounds.

The model is guided by a Futaba radio, and Brian is using the SmoothFlite ARXL receiver from BoomaRC, along with their their brushless servos and LiFe batteries. The model is powered by a Kingtech K-210G2 turbine.

Brian test flew the jet in Orvieto, Italy. Since the local clubs do not cater for such big models, Brian now is flying the majority of my planes in Italy. 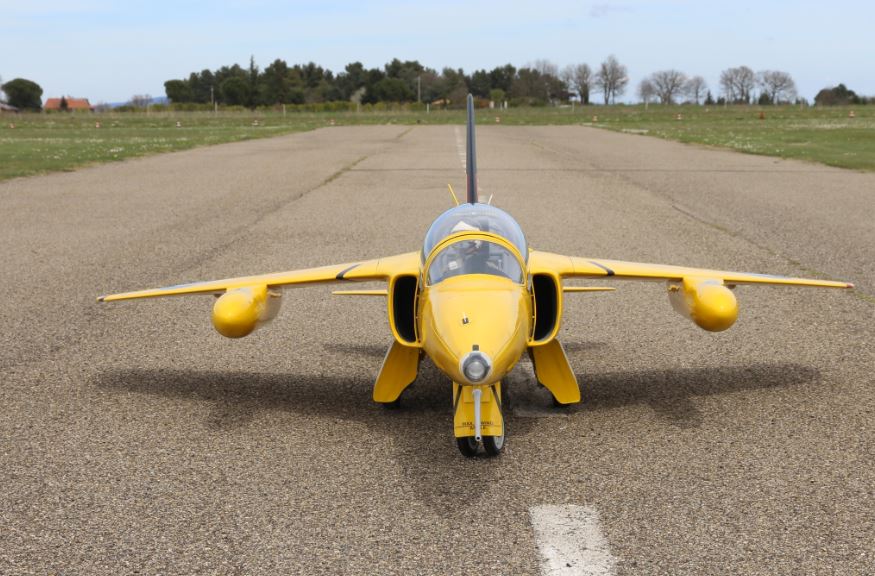