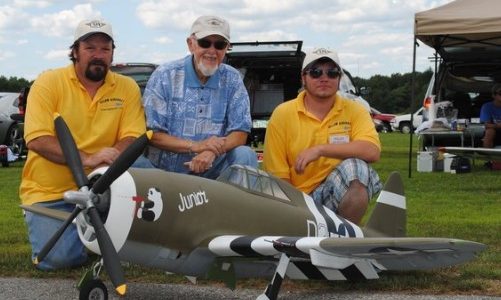 Competing for the first time at Top Gun are the father/son team of James and Jesse Russell who will be competing separately in the Pro-Am Sport class.

Shown in the opening photo, 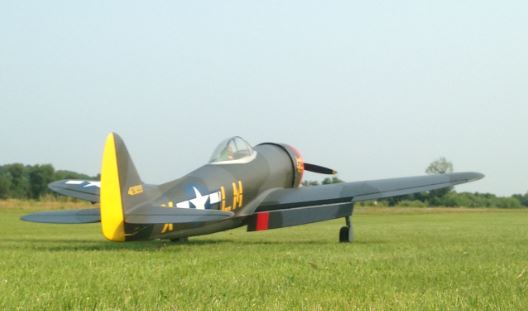 Jesse’s father’s airplane is a Yellow Aircraft design, and it is modeled after George Sutcliffe’s aircraft  nicknamed Junior. George was a close personal friend of the family and got to see the model finished but not flown  before he passed away. Jame’s Thunderbolt is powered by a DA-50, has Yellow Aircraft landing gear, and is finished with Model Masters paints and has hand painted markings, (no decals).  Jesse’s Thunderbolt started out as a Top Flite P-47 Thunderbolt ARF which was completely stripped and re finished with Tamiya paints again with all hand masked and painted markings. It is modeled after another friend, Leo Battista’s aircraft with “Josephine” nose art.  It also has a DA-50 for power and Sierra Precision Scale retracts. Both models use JR radio equipment. 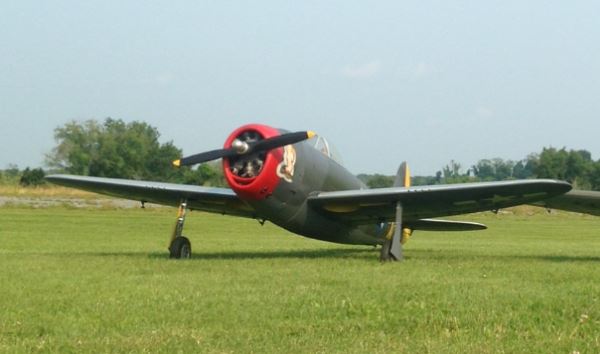