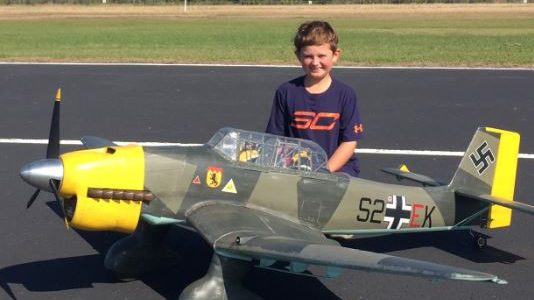 10 years old Cody Hague, (son of Mike Hague, also competing), is competing at his 2nd Top Gun this year, and will be flying a Ziroli Stuka dive-bomber built by his grandfather Brian Hague in the Pro/Am Sport Prop category. The Ziroli Stuka has a 100-inch wingspan, weighs 29lbs., and is powered by an O.S. GT-60 gas engine. Cody is using a Spectrum DX18 and Hitec servos. The Stuka also features an Aura 8 gyro from Flex Innovations . The Stuka has functioning dive brakes and is capable of dropping 5 bombs. 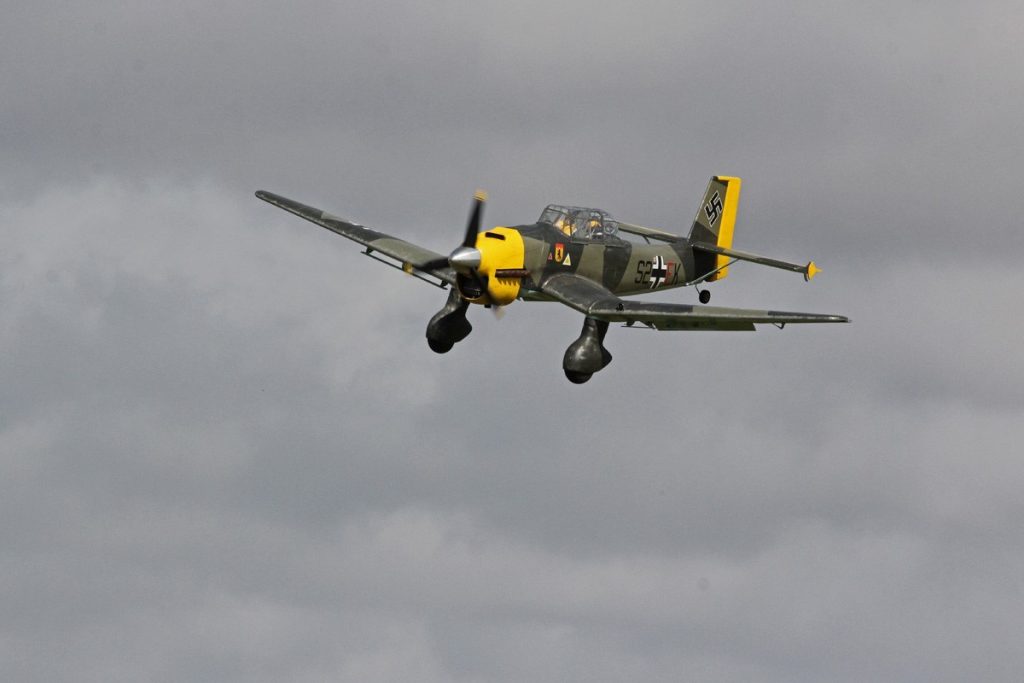 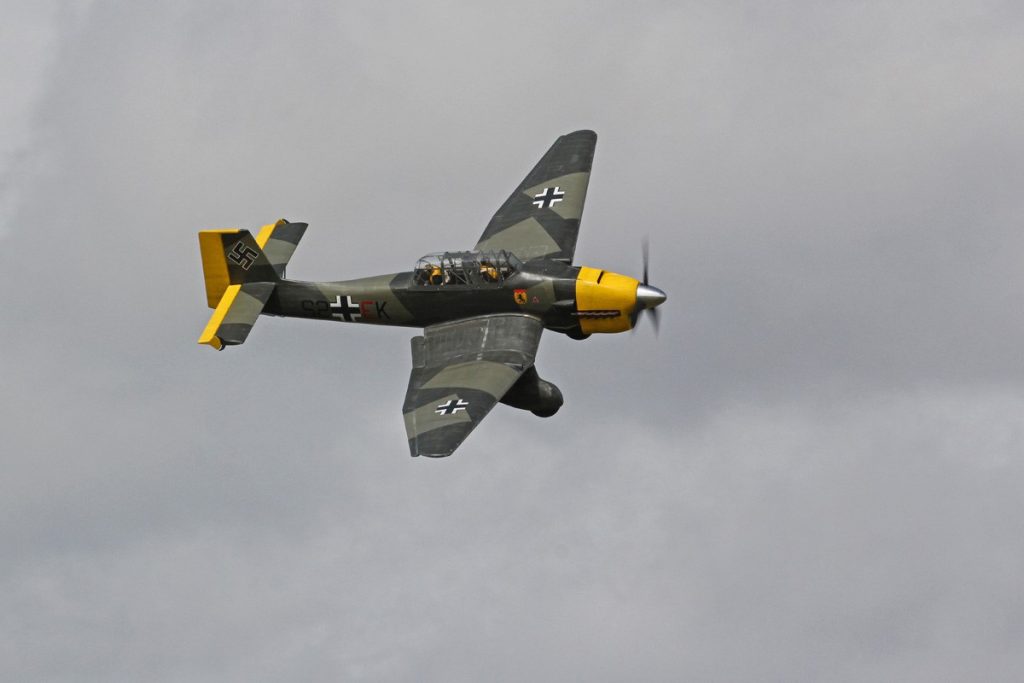