Today the 31st Annual Top Gun Scale Invitational kicked off the action with great weather and some amazing airplanes! Here are some of Bret Becker’s amazing XB-70 Valkyrie Supersonic Bomber. 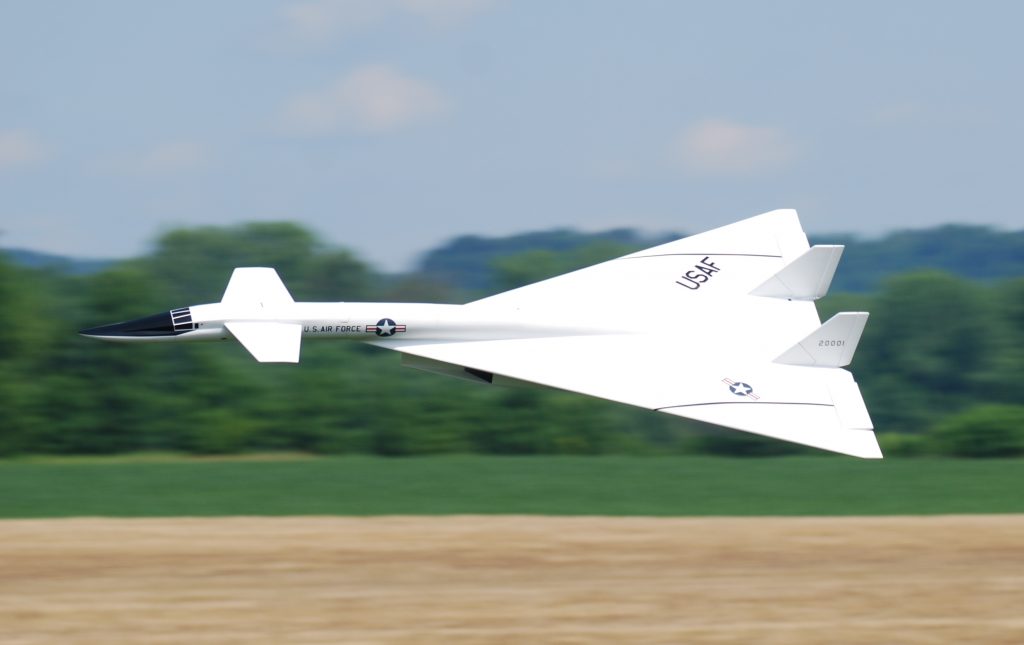 From Dayton, Ohio, Bret Becker will again be back Top Gun in 2019 competing with his upgraded XB-70 Valkyrie. Bret’s goal this year is to improve his flight scores and finish in the top half of the field. Over the past year his XB-70 has received several upgrades including larger LiPo packs for increased endurance, a scale drogue chute to help realism flight scores, and he relocated the landing gear to the correct scale locations for improved ground handling and an articulated cockpit windshield that changes shape. 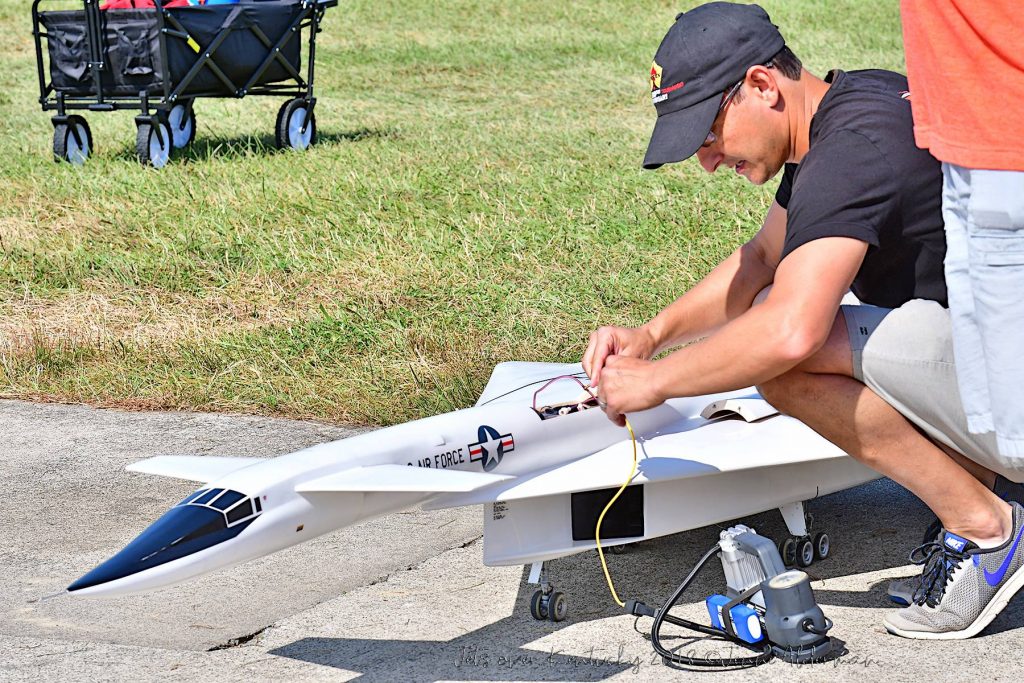 Built out of balsa and ply, the Valkyrie has a painted fiberglass finish and is powered by four Schubeler HDS-30 (70mm) ducted-fan units with 1540-9 Tenshock motors. Bret’s XB-70 is 8 feet long, has a 56 inch wingspan and weighs 25 pounds.