For the 2019 competition season, we are starting off our Road to Top Gun presentation with an impressive WW II bomber. Top Gun regular Mike Grady is again competing this year with his well-proven, B-17G Flying Fortress. Mike will be competing in the Unlimited class and David Payne will again be his pilot. Mike’s B-17G is 1/9-scale and is finished in the B-17G “Nine–O-Nine” colors flown by the 323 Squadron, 91st Bomb Group and completed 140 missions without a single abort or loss of a crewman.

Mike built his impressive B-17 from the Wingspan Models kit and it has a wingspan of 138 inches. The fuselage is 99-inches long and the model weighs in at 68 pounds ready for flight. Four Hacker A60 brushless outrunner motors and  four speed controls fed by four Thunder Power 7700mAh 4S LiPo packs power the aircraft. The batteries are configured in two 8S circuits. Each circuit draws about 5500 watts at full throttle, using Master Airscrew 16X10 three-bladed propellers. Robart shock absorbing landing gear struts, wheels and brakes are used. To aid ground handling, differential breaking has been incorporated to better correct yaw on the ground during at taxi speeds. They are operated by an BVM electric brake system. 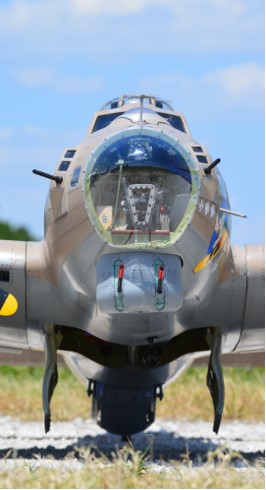 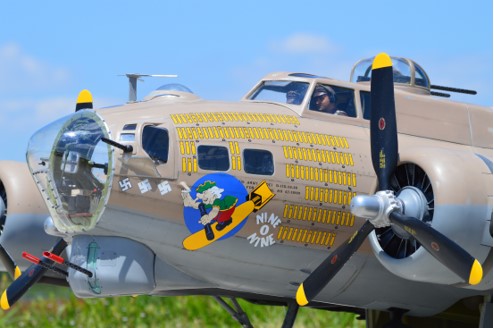 The model is finished in silver catalyzed urethane, covered with about 250,000 Pro Mark dry transfer rivets and fasteners and painted  with Model Master enamel. The painted finish is wet sanded and tape pulled to add weathering and rivet detail. Pro Mark insignias and nomenclature detail are added after the painting.

The full-size bomber was flown by the 323 Bomber Squadron, 91st bomb group and entered service in February of 1944. By April 1945 it had completed 140 missions, including 18 trips to Berlin, dropping over a half million pounds of bombs, racking up some 1,129 combat hours.  The crew completed 140 missions without a single abort or loss of a crewman. 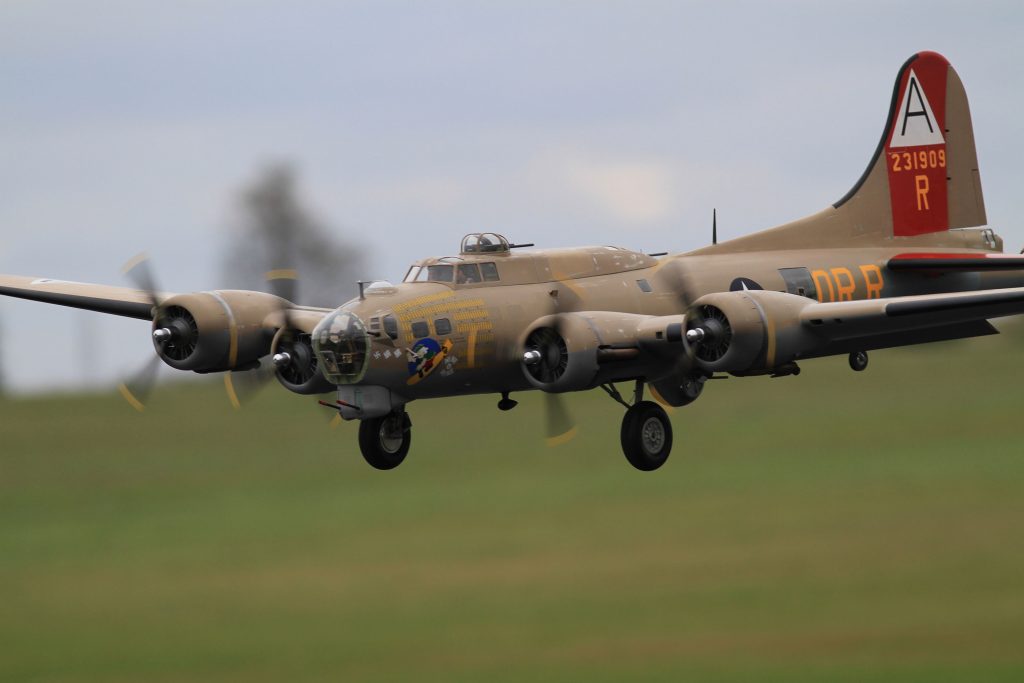 Mike is using Spektrum DX-20 radio gear and JR servos along with an iGyro for flight stabilization.