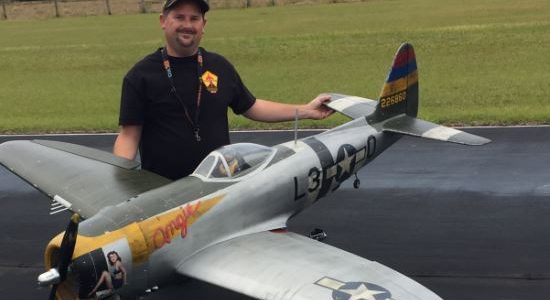 Mike Hague, (father of Cody Hague also competing), will be competing at his 5th Top Gun this year, in the Pro/Am Pro Prop category with his P-47 Thunderbolt. 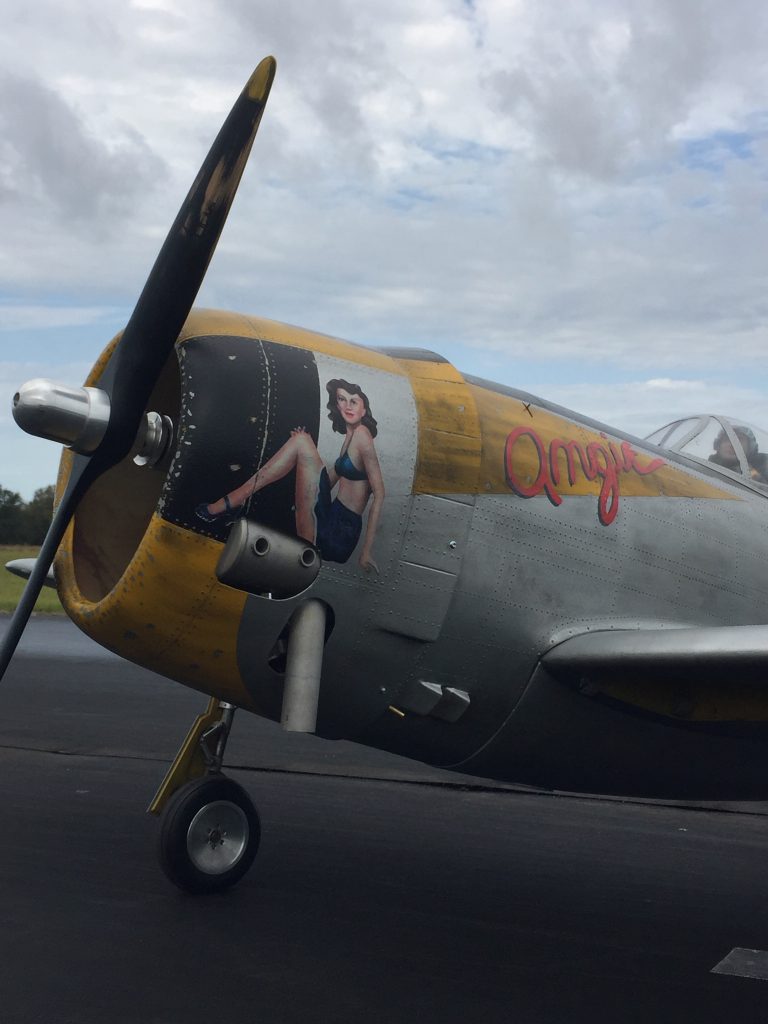 Starting out as a Top Flite ARF, I have stripped all the covering off and fiberglassed and painted with latex paint. Bomb and fuel tank drops have been added and is flown with a Spectrum DX18, Hitec servos, and Flex Innovations Aura 8 gyro. The retracts are Robart converted to electric by Down and Locked. 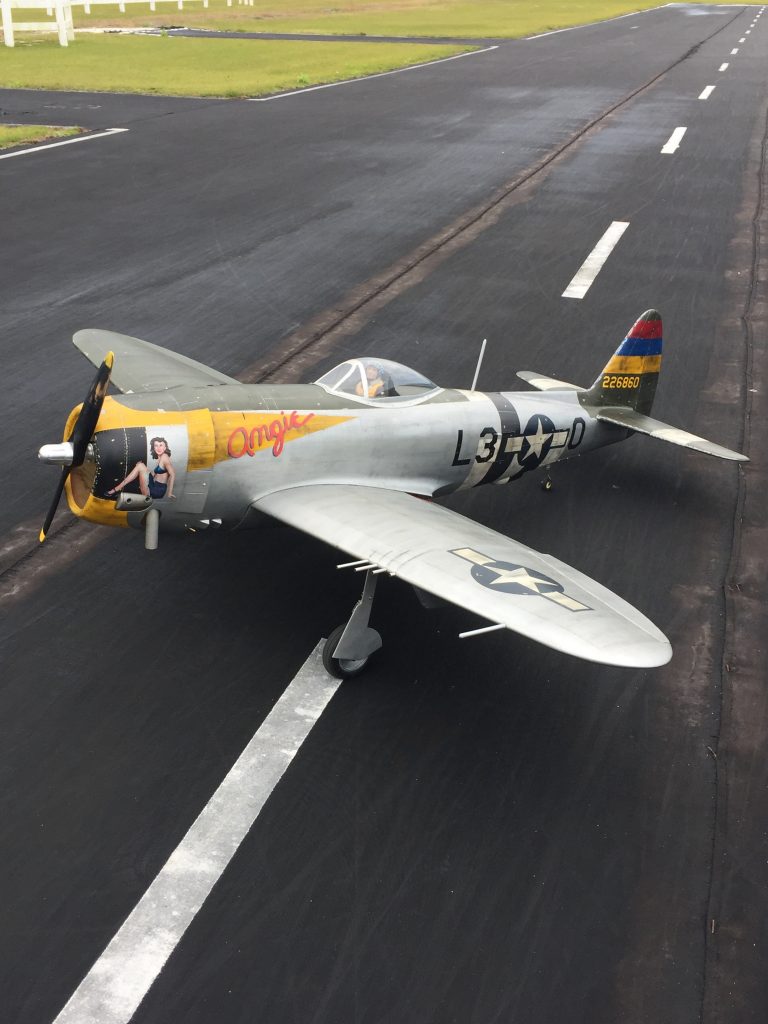 And, there is special meaning to Mike’s Thunderbolt. Like the pilots in WWII they named their plane after someone special to them back home. His wife’s name is Angie and so he wanted to honor her with a plane named after her. Mike found that there was a P-47 Thunderbolt named Angie flown in Belgium during WWII. Assigned to the 512th fighter squadron, this color scheme was from late January to early February 1945. 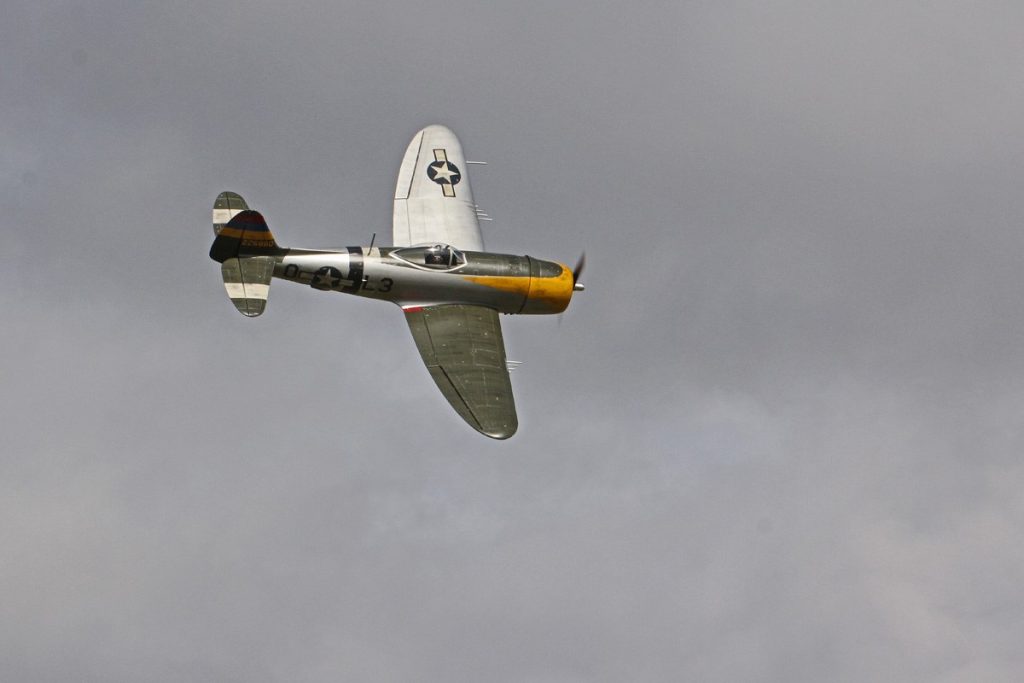 Being badly damaged during missions the plane had the right wing and tail section replaced from other scraped P-47’s in order to keep it in service. In it’s one year of service “Angie” had approximately half of the airplane replaced. 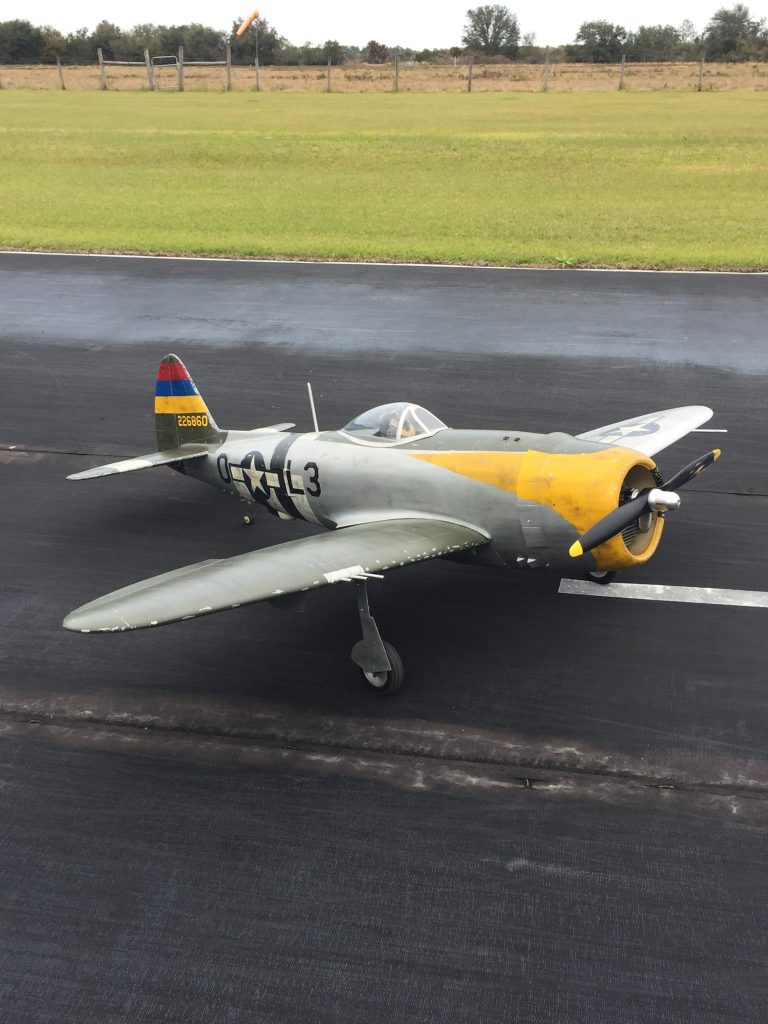 Landing Gear: Robart with “Down and Locked” electric conversion