When it comes to WW2 Luftwaffe warbirds, few have a more infamous history that the Junkers Ju 87 Stuka Dive bomber. Making the journey all the way from Australia, Phil Crandon will be competing at his my first Top Gun this year with his Stuka. A “bucket list” dream come true, Phil says he is super excited to be entering his dive bomber in the Expert class. Phil’s describes his aircraft as being a 50:50 project, with his own fuselage design and a Ziroli-designed wing structure. He made modifications where he wanted to make improvements with some outline issues. 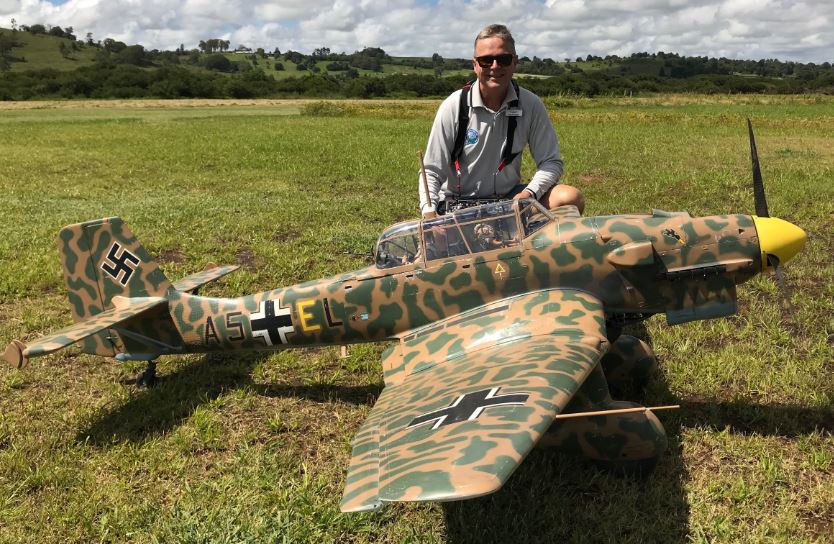 It has a 100-inch span, weighs 33lbs and is powered by a Roto 85FSI gas engine turning a Mejslik 24×10 three-blade prop. The Stuka has a functional bomb trapeze that drops his scale 1,000kg bomb. It also features homemade wheel pants and spinner, as well as Phil’s own self-made molded tires. Robart shock absorbing landing gear struts are used and the dive bomber is guided by a JETI DC-16 radio system.