Traveling from Picayune, Mississippi, Phillip Koury will be competing in the Expert class with his impressive Grumman F4F-3 Wildcat. Built with laser cut parts for the Jerry Bates plans, Phil’s 1/5-scale Wildcat was not build it initially for scale competition. 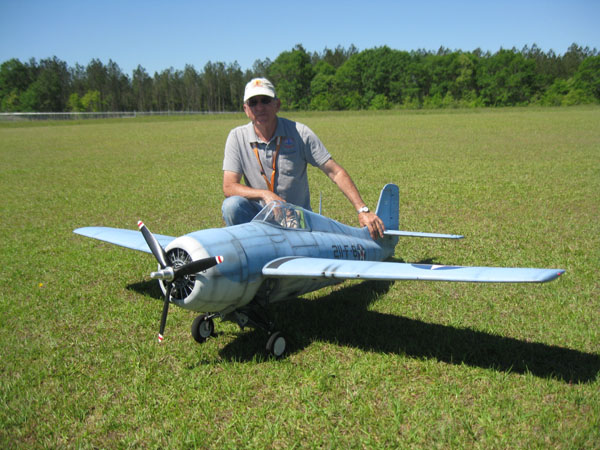 Phil enjoys reading Military History and one day he checked out the book “Wake Island Pilot” by John F. Kinney and after reading the book he decided to start building the model and model it to represent a Marine VMF-211 Squadron’s F4F-3 Wildcat. It was initially built with basic detailing i.e.; panel lines, dutz fasteners. rib stitching, and a matching color scheme from the art work from the book and the few photos of the Wake Island Wildcats. 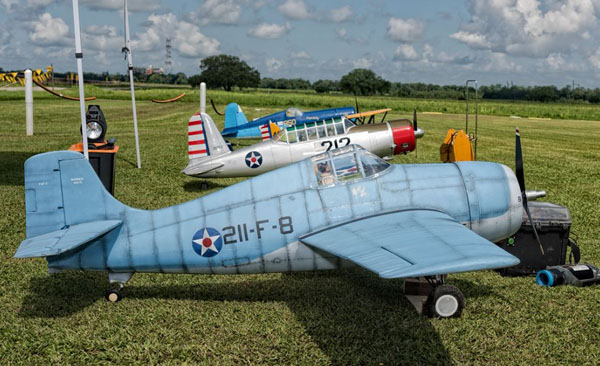 In 2015 Phil  entered in the Pro-Am class at the Scale Masters Championship held at Bomber Field, Monaville TX. From there he went to the Baton Rouge RC Club’s Red Stick Classic scale contest, and was able to gather enough material to compile a good documentation package and finished in first place in Expert. After finding more information he started to improving the Wildcat by adding more details. 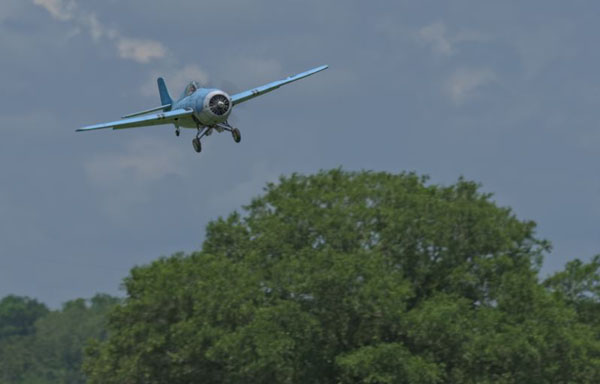 The Wildcat is a basic balsa and plywood model and has the sheeted areas finished with .5 ounce fiberglass cloth and West Systems epoxy using the Dan Parsons method.  The fabric covered control surfaces are covered with the last of his Super Coverite fabric. 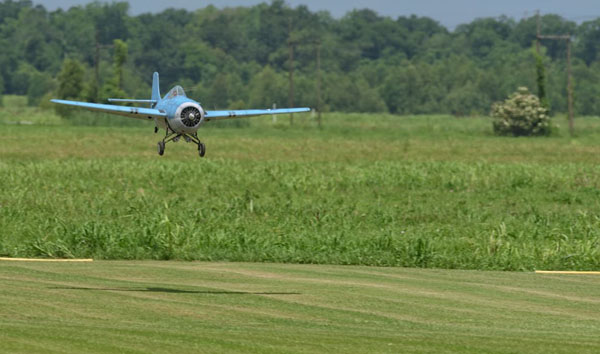 It has a combination of flush and overlapped panels and both dome and flush rivets.  Panel lines were originally replicated using chartpack pin-stripping and masking tape edges  build up primer.  The rivets were made by using glue drops for dome rivets or by burning the flush rivets into the primer with a sharpened brass tube in a soldering iron.  The Wildcat’s color coats and all markings are painted using Behr exterior Latex house paint custom mixed at Home Depot.  A top coat of flat Klass Kote clear was sprayed on to seal the latex paint. 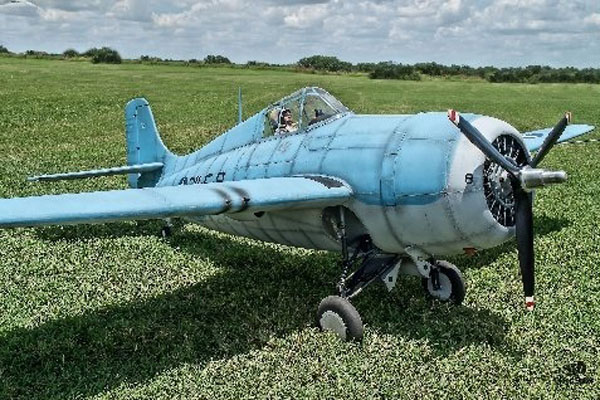 After Phil started to enter the Wildcat in scale competitions that required static judging, I decided to add more panel lines, rivets, and other details. Additional panel lines were scribed in and more flush rivets and dutz fasteners were added to the finished model.  Additional weathering and a dirty wash were then applied to highlight the new details.

The Main retracts are pneumatically-operated Robart retracts with Yellow Aircraft wheels. The tailwheel assembly uses a Robart spring-loaded tailwheel strut with a 1970s vintage Kraft-Hayes wheel. The Wildcat is powered with a 15-year-old Zenoah G-62 equipped with C&H Ignition and it turns a Xoar 20X10 3-blade propeller (Just Model Props). 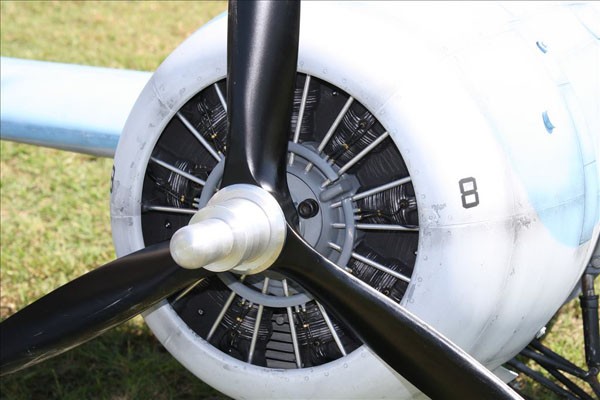 Power to the ignition is supplied from a TechAero BEC.  The dummy radial engine is a modified Top Flight product. Phil uses a Futaba 14MZ transmitter and a 14-channel receiver.  Servos are a mixture of Futaba 3010, 3305, and 3004 servos powered by a 2500mAh A123 battery from RadicalRC.