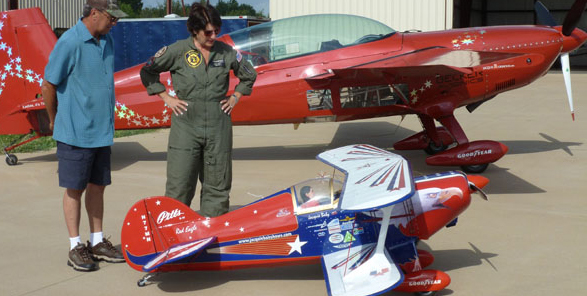 Who says Top Gun is only for warbirds? This 46% Pitts Special called “The Red Eagle” is the handy work of Robert Russ from Center Hill, Florida, and it is certainly not just a “Target”! Competing in the Expert class, Robert built the big Pitts from an EMHW S1-S kit and made into a S1T. It is powered by a Valach 170cc 4-stroke twin-cylinder gas engine and it has a Futaba T8FG transmitter with a Futaba R6014 HS receiver for guidance. 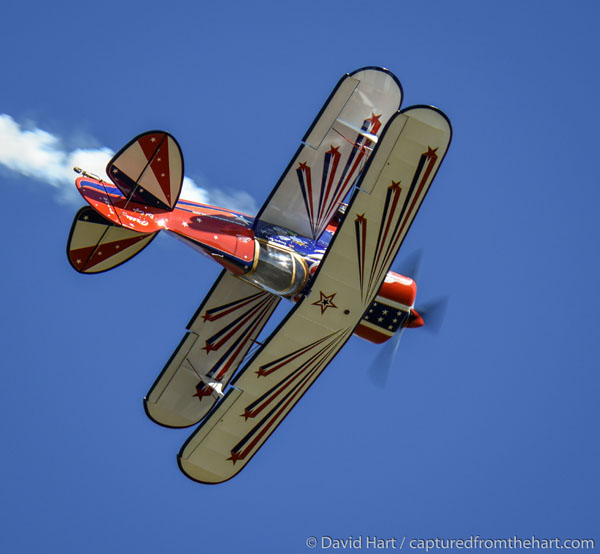 The servos are Savox SC 0251, and the batteries are Li-Ion from Fromeco. A Smart-Fly PowerExpander Competition plus and a Sullivan Skywriter smoke system are also included. The covering and paint from Stits and the propellers used are a Fiala 2-blade wood prop and a Biella 3-blade carbon fiber prop.

One of the photos shows  Jacquie Warda, the previous owner of the full scale Pitts. The red Extra in the background is Mrs. Warda’s current ride.The 46% Eagle took one year to build and has been an absolute joy to fly. 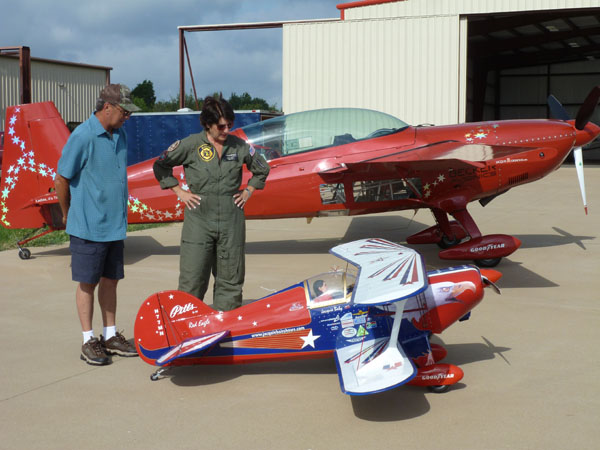 Most of the exterior items were homemade, the forward fuselage panels are made from aluminum sheeting, the antenna is brass tubing, fuel caps are a mixture of brass sheet/ brass tubing and piano wire. Landing gear covers made from PTEG heated and wrapped around. Real -#2 Phillips head screws are used to attach the panels and the sliding canopy mechanism is a mixture of drawer slides and composite sheet material and #2 machine screws. 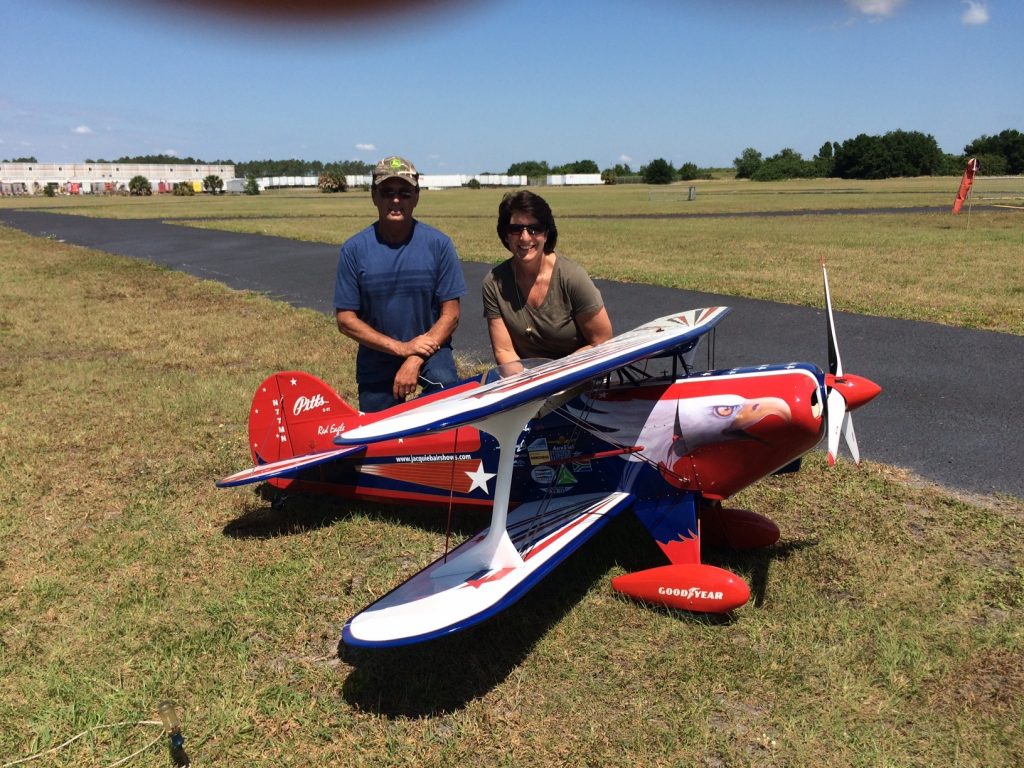 The canopy was molded by Robert and it took two 4’x8′ sheets to get one vacuum formed correctly. The indicator on the strut is brass tube/brass sheet/ and a wheel collar. Most all the scale parts were made numerous times to get to the point of matching the full scale. 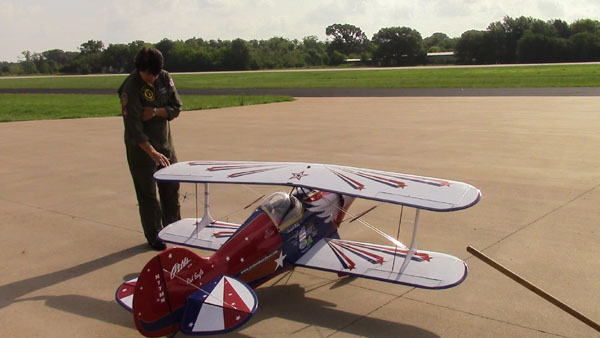 The logos were custom made by “Decal it”. The wing masking was vinyl cut at a local shop and the fuselage was hand taped. The first time through Robert sewed the covering on, but he was totally disappeared with it during the paint process so he stripped it. Next time was his usual fishing line stitch technique. Robert comments that it may have only taken a year to build, but that was a year of 8- to 10-hour days five day’s a week with the weekends off. 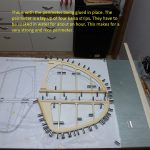 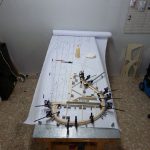 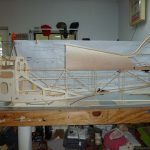 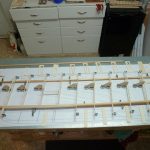 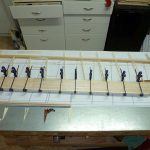 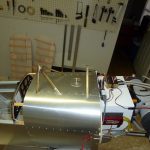 The construction pix show the fuselage framework, one side of stab and elevator, the perimeter balsa was soaked in water and is held for curing by magnets. A similar technique only clamps were required for the rudder. Wings were fairly standard with exception to a scale bolt through to strut.

Other custom made parts include the air spade’s, stabilizer support, the cabane cover, fuselage vent, etc.