Team Brazil will be in full force at Paradise Field this year. Our good friend and Brazilian flying buddy Rogerio Araujo is coming to Top Gun with a new entry this year in the form of his P-47 dressed in Brazilian Air Force. 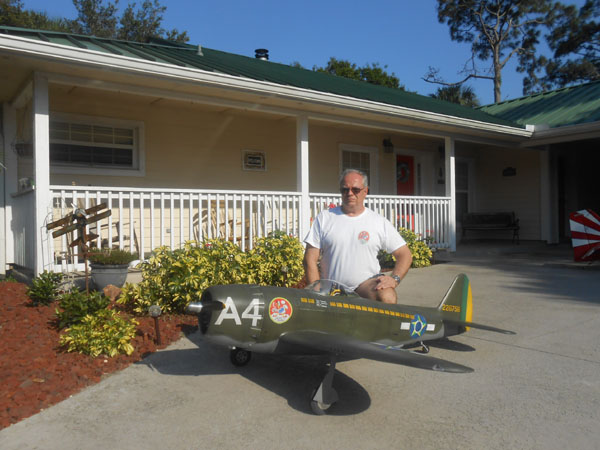 Used in the European Theater of Operations, Italy during 1944 – 1945. This particular plane was flown by Aberto Torres, the most experienced Brazilian pilot of WW 2 with some 100 missions.
Rogerio’s model is basted on the Top Flite Giant Scale ARF and is upgraded with an all-painted finish using Tamyia paint on (that’s a lot of those little  bottles). It has a DLE 55cc gas engine for power. It also has electric retracts and Rogerio says it flies like a dream. 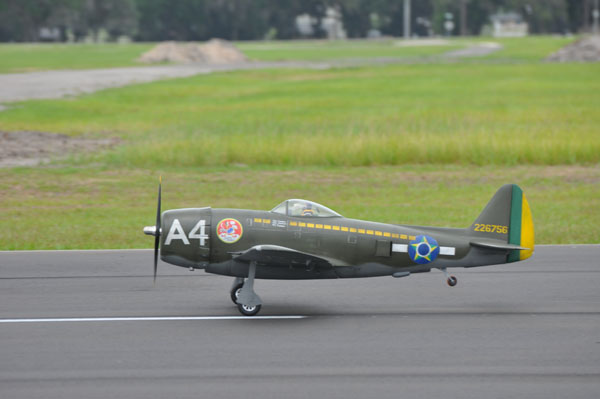 Rogerio started in the hobby in 1968 with a rubber band “Paulistinha” free flight model. He stuck with these simple models up to a 2-meter wingspan gliders until 1978 when he moved to Control Line. 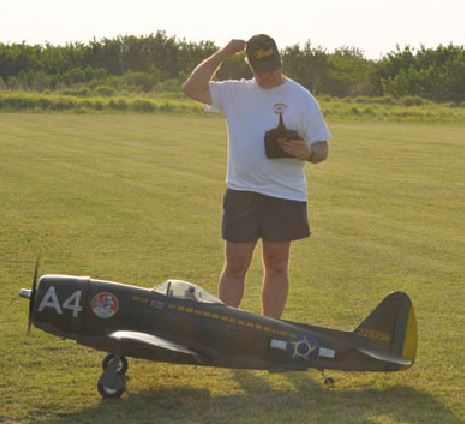 He became the Brazilian Champion at the MiniFair in 1989, and he earned several other top titles flying at several other local events. In 1992 he moved on to RC in 1998 and now is devoted solely to Scale. His biggest goal has been accomplished being a returning Top Gun competitor! 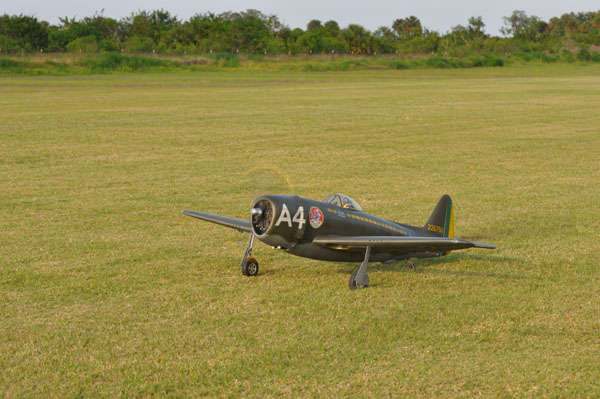 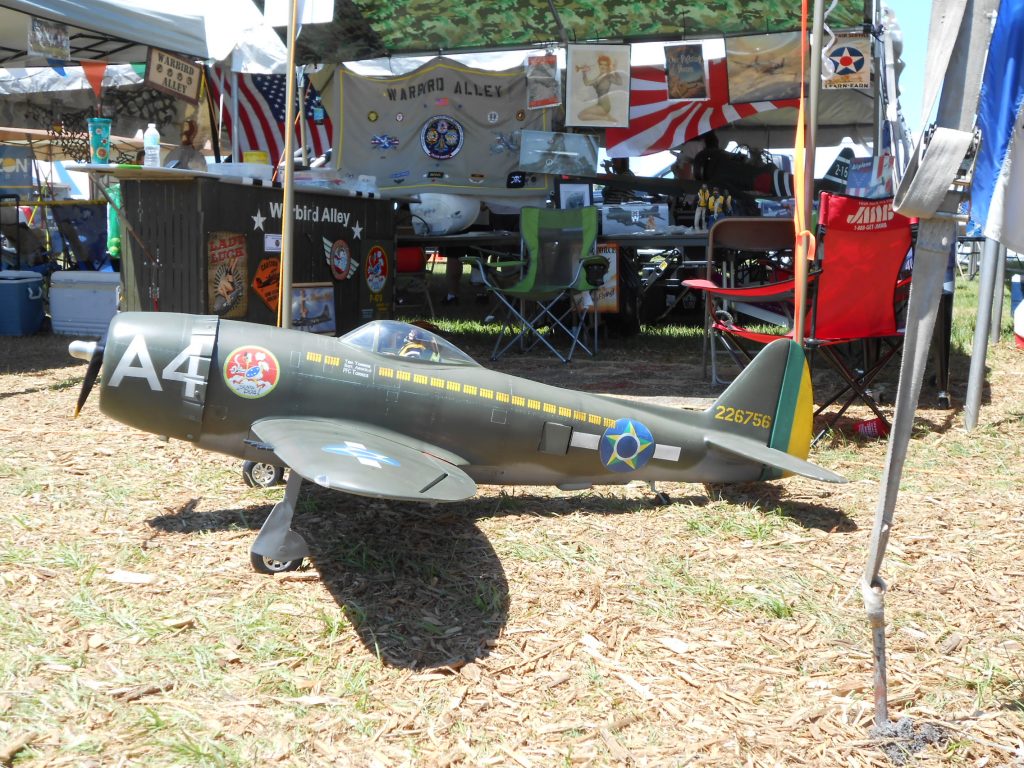