2017 will be Steve Thomas’ 14th year as a Top Gun competitor, so it’s obvious that he clearly enjoys the challenge of competing is this international arena.  For this year’s scale invitation, Steve will be flying  in Pro-Am Prop class. 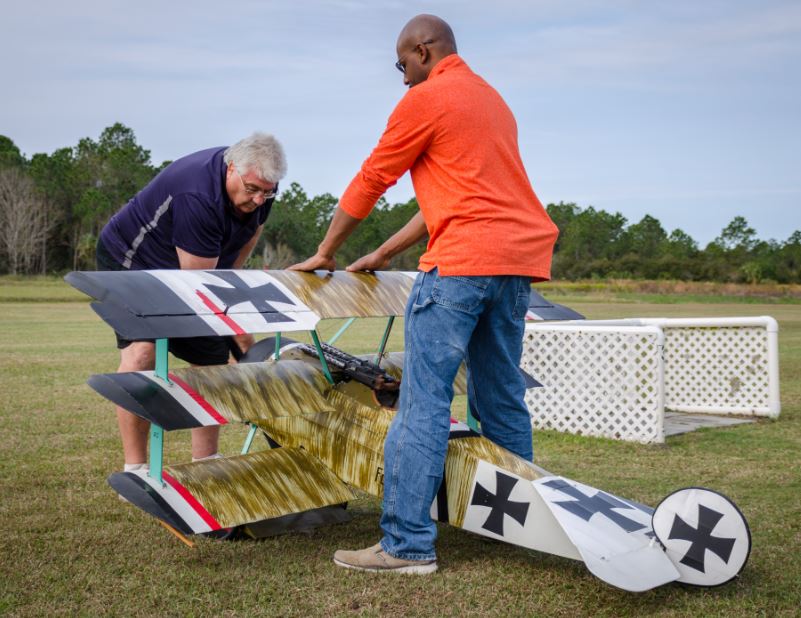 He’ll be competing with his nicely done Glenn Torrance Models Fokker 1/3-scale Fokker Dr.1 Triplane. The triplane has a 95 inch top wing span, and is 76 inches long. It weighs in at 44 pounds. Purchased as a wreck, Steve has spent many long hours restoring and enhancing the kit built plane. 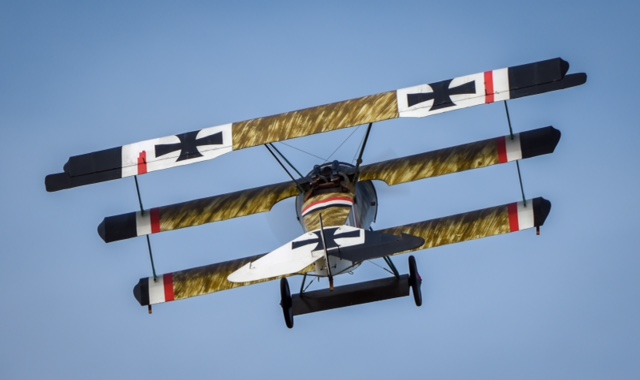 Powered by an old DLE 100cc Twin cylinder engine turning a Xoar 30×6 German Axial style propeller, the triplane is controlled is a with a Jeti DS 16 radio with Futaba servos doing all the work.  Steven also installed a Bavarian Demon Gyro system.

The model replicates the aircraft flown by Paul Baumer, (The Iron Eagle), famous for his 42 kills.

Competing at the 2017 Blue Max Event in January with the Fokker the model flew absolutely beautifully despite the small scale rudder on which a number of fellow modelers commented. Here Steve receives the Spirit of the Blue Max award for his Triplane. 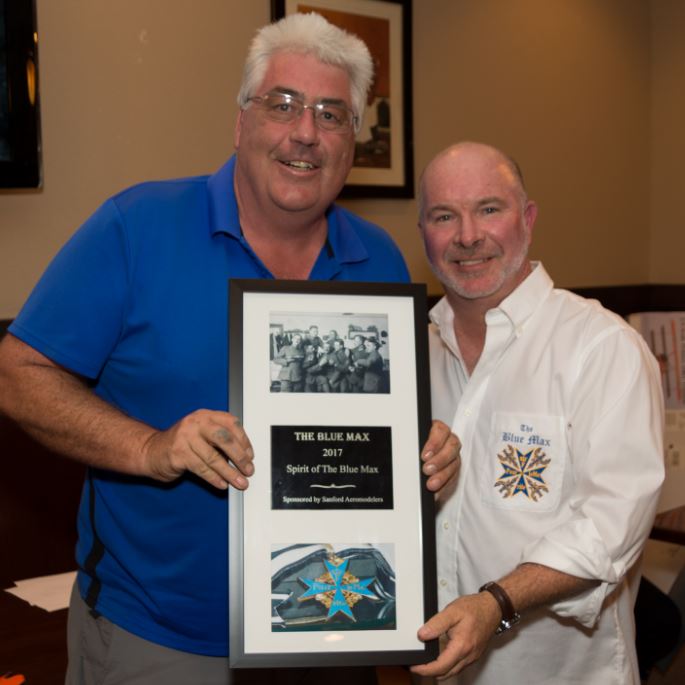 Steve is the owner of Bob’s Hobby Center in Florida, which is the U.S. distribution center for Xoar and Falcon Propellers, Booma RC/AR Radio Technology, and Balsa USA.