For the 30th Anniversary of Top Gun, the  Team of Steve (builder) and pilot Curtis Switzer are heading to Top Gun to fly in Team Scale with Steve’s 44% scale Vans RV4. From Saint Cloud, FL, Steve built the RV-4 from the Grupp Models kit and his entry is modeled after Taylor De Ley’s  plane, who at the age of 17 became the youngest pilot ever to fly the Nation’s perimeter saying “it would get me out of my hectic world before college started”. 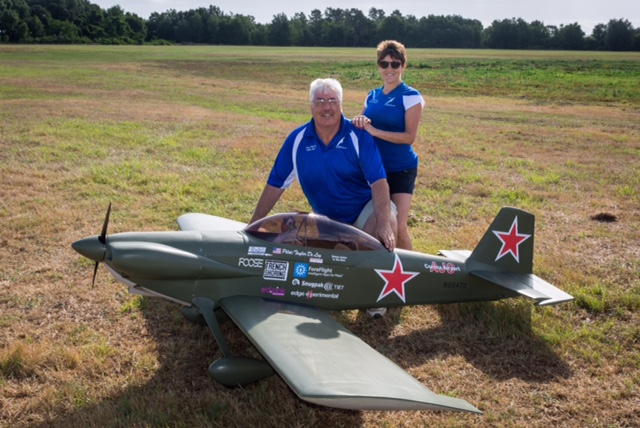 Steve and Julie show off the new Rans RV-4.

The color scheme and sponsors decals are accurate to the original aircraft’s 2011 paint scheme.  Painted in Behr Acrylic colors, several techniques were used to apply the rivet detail; some cut directly into the plywood, others are cut into to the glass cloth to achieve the weathered look 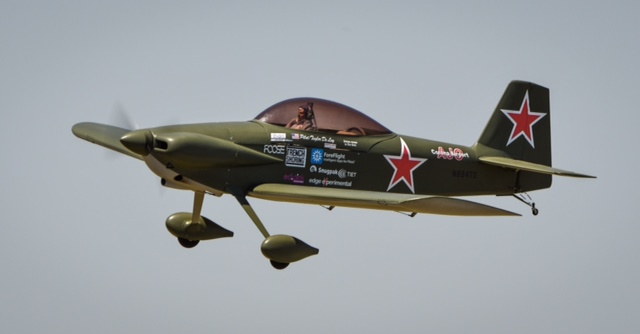 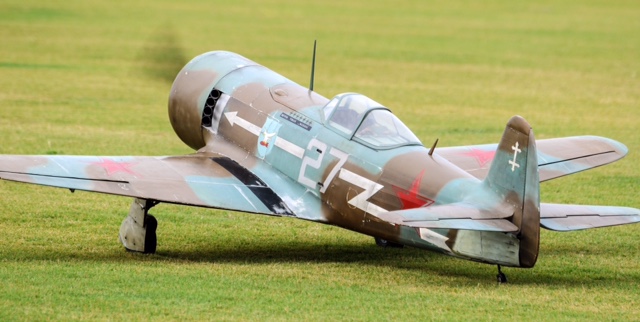 Steve is also competing in the ProAm Prop class with his tried and true 1/4-scale Yak 11. Built from the FiberClassics kit, Steve thought it only appropriate to bring back his classic Yak 11 which he first flew at Top Gun in 2006. The plane is 25 years old and has been flown all over the World. 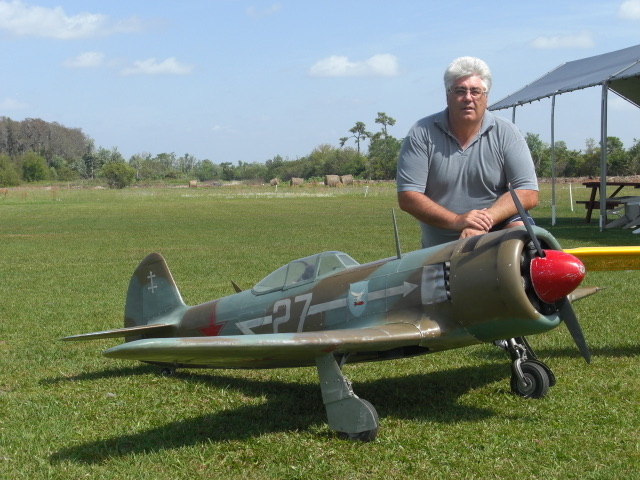 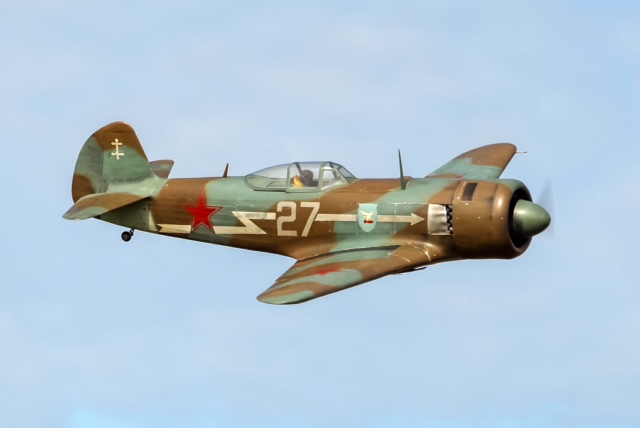 Yak on the wing.