Competing this year in the PRO-AM Sportsman class, Vinve Veltri will be flying for his 14th time at the Top Gun scale invitational with his 1/5-scale Westland Lysander.  Vince says he can’t wait to compete again. Not 100% sure, but Vince thinks he’ll be oldest pilot there at the age of 81! 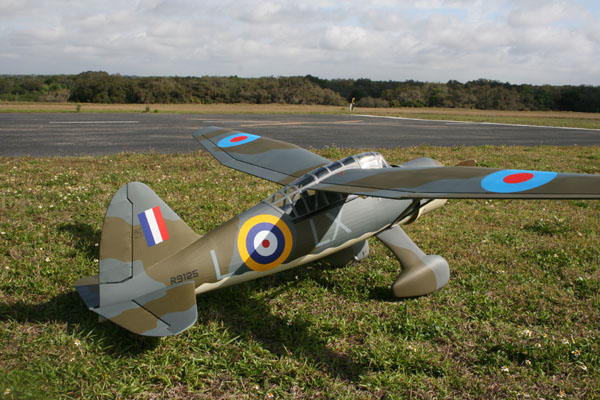 Built from the Seagull Models ARF kit, the Lysander has a 118 inch wing span and weighs in at 30 pounds. Covered with painted Oracover it has a semi mat finish that looks very scale. Vince is using a JR 12X radio system and he is powering the Lysander with a Saito FG-60R3 three-cylinder 4-stroke radial engine SAITO FG-60R3 FOUR STROKE GAS RADIAL

Vince say he found out about this impressive ARF warbird while surfing on the RC Scale Builder forum. His airplane’s maiden flight is still about two weeks away he’s going over everything closely as the CG location looks off! 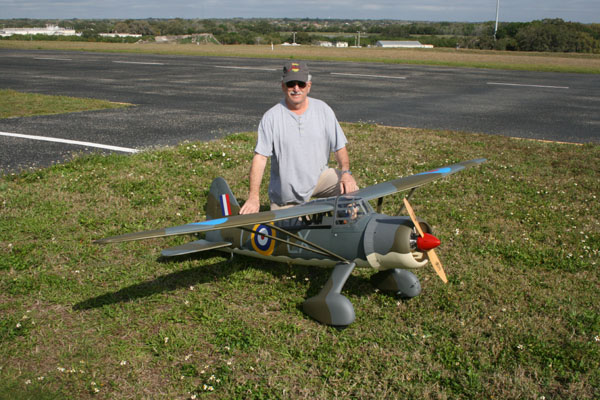 Fortunately, he have a good friend and neighbor who knows quite a bit about these type of airplanes, his name is Nick Ziroli Sr. 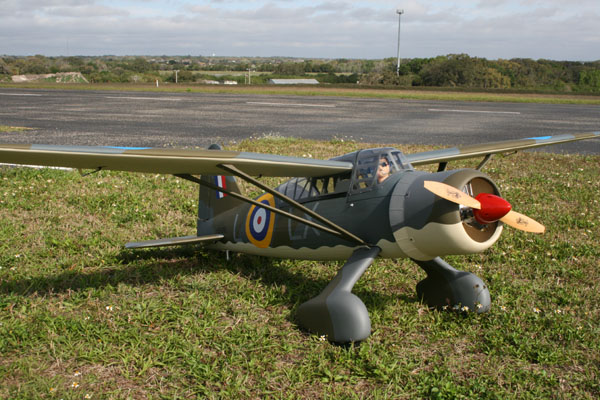 The full-size aircraft was used extensively by the French in WW 2 to pick up downed pilots behind enemy lines, mostly after dark. It can be said that it was the forerunner of today’s STOL aircraft. It was also fitted with bombs and gun pods at various times. 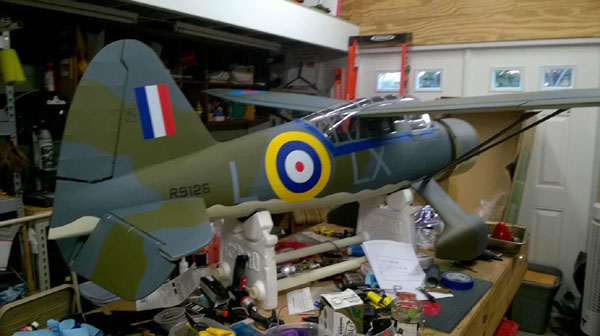