From Decatur, TN, Walter Alexander will be flying his 1/3 scale Fokker D.VII in the Pro-AM Sport class at Top Gun. Walt’s aircraft is modeled after Carl Degelow’s aircraft from WWII.  Built from a Balsa USA 1/3-scale kit, it has a 118 inch span and weighs in at 38 pounds. Walt chose a Zenoah GT80 (80cc) twin cylinder gas engine for power and uses a Hitec Optic 6 transmitter with Hitec 645-MG servos. 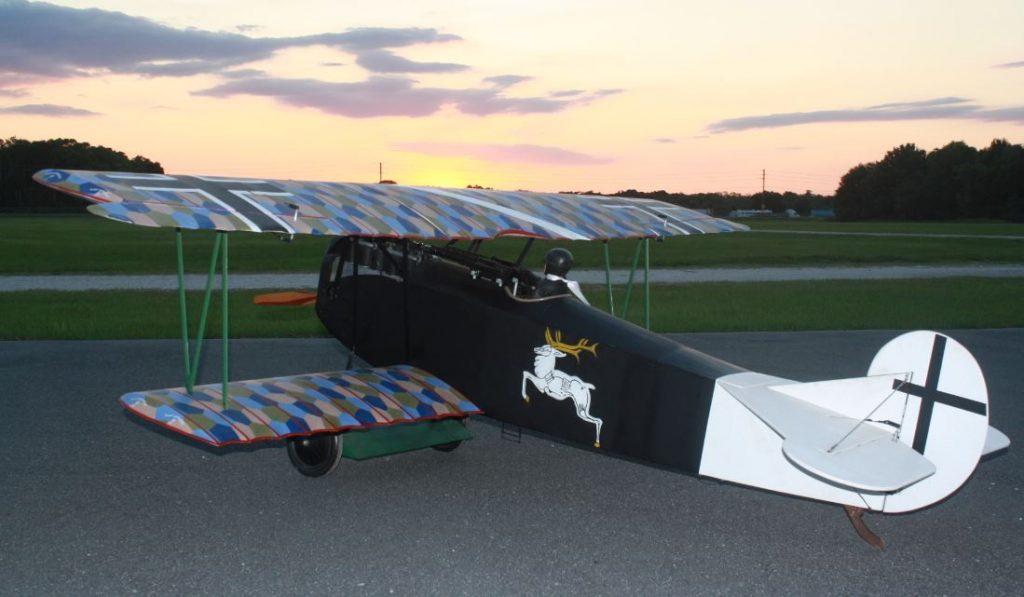 The Fokker D.VII is covered with Coverite and painted in the Degelow scheme using PPG paints, the Lozenge pattern and aircraft markings are all custom painted. The model was fully fitted out with RC hardware all from Balsa USA and the cockpit is dressed up with homemade details using common shop materials.

Walt’s family has been building and flying for multiple generations, since the 1970s.  Though Joe Nall has been a continuing family affair event, Top Gun has now become part of the family’s activities.  Starting with a RealFlight simulator, Walt’s children Nick and Ellie, started learning to fly RC.  Walt and the boys had been attending Top Gun and Joe Nall, but at the family’s first Youth Masters event, interest for his girls started to grow. After learning to fly the simulators, Walt’s kids moved on to RACores electric airplanes and then 40/60 size nitro planes and are now more interested in scale flying.  As Ellie and Nick pursue their Top Gun entries, it was interesting to see them navigate the building of their Piper Cubs so they can compete along with their dad in the Pro AM-Sport class.

Active with the local McMinn County Radio Control Association (MCRCA club), William “Nick” Alexander was also Walt’s spotter at last year’s Top Gun and learned how the event worked. He was then interviewed by Frank Tiano to obtain his invitation. Nick’s airplane is a 1/4-scale Piper NE-1, which was the military version of the J-3 Cub. Eleanor “Ellie” Alexander is bringing a 1/4-scale Piper Cub J-3. Walt also asked for an invite for his daughter Allie. 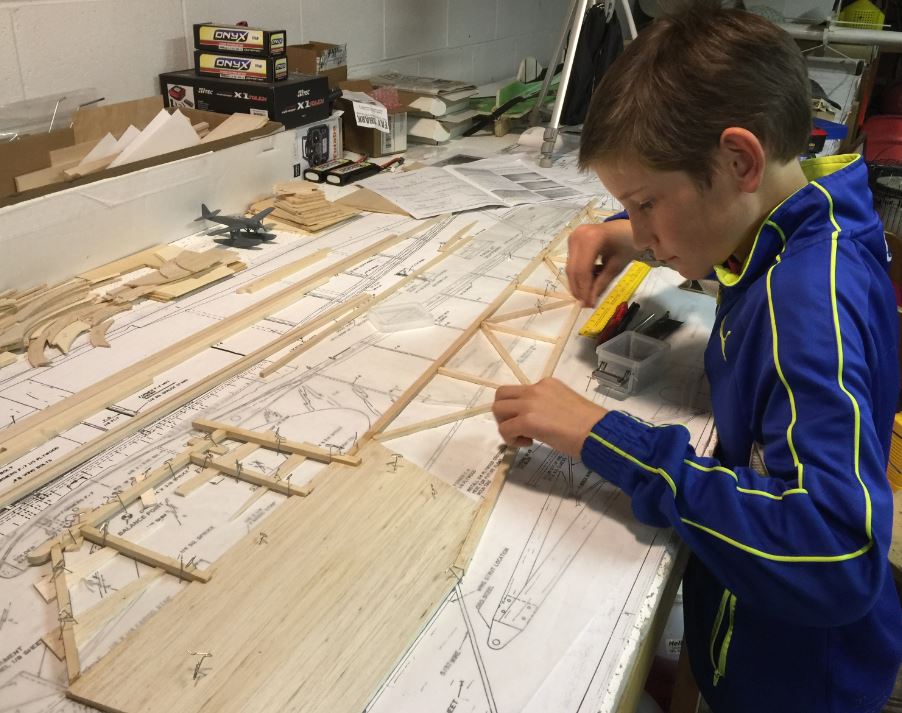 Both Nick’s and Ellie’s Piper projects are being built from Balsa USA kits, and both have 108 inch wingspans. Each will be powered by DLE 30cc gas engines turning Falcon 18×8 Civilian propellers. Both will be equipped with Hitec Optic 6 Sport radio systems and Hitec 645-MG servos. Covering will be SolarTex from Balsa USA and each will be painted with PPG paints and include decals from Kirby Kustom Graphics. 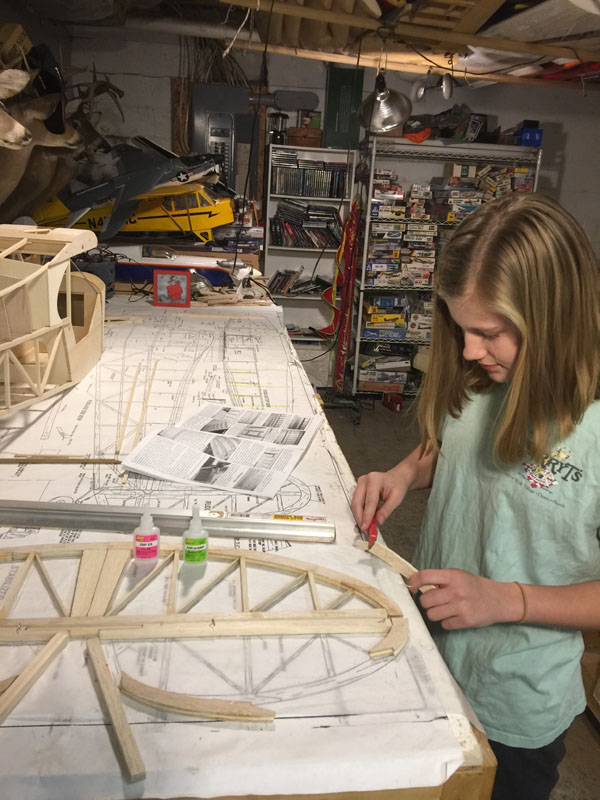 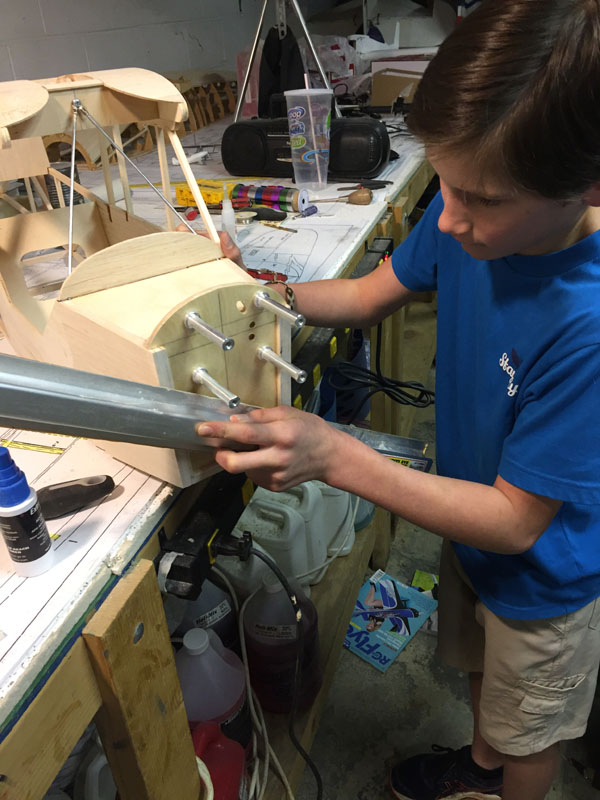 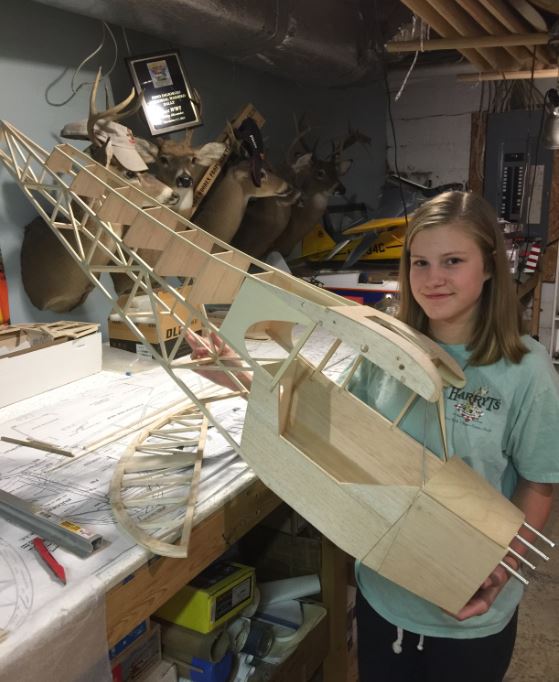 Workshop time keeps the family together even when it’s not flying season. This is a first for Top Gun to be sure. We’ll be keeping an eye on these future “Mr. and Ms. Top Gun” champs. We’ve heard a rumor that there might be a Junior class at a future Top Gun event…