Competing for his second time at Top Gun, Will Berninger will be flying in the Pro Am Pro Prop class with his 117 inch Raytheon (Beechcraft) T-34C Mentor. Will purchased the T-34C in 2014 from champion scale builder and flier Mike Barbee of Columbus Ohio. Will competed with it at the 2014 Scale Nationals and finished 1st in the Open AMA class. He also went to the U.S. Scale Masters in October 2014 with it finishing 2nd overall in Pro-Am Pro. 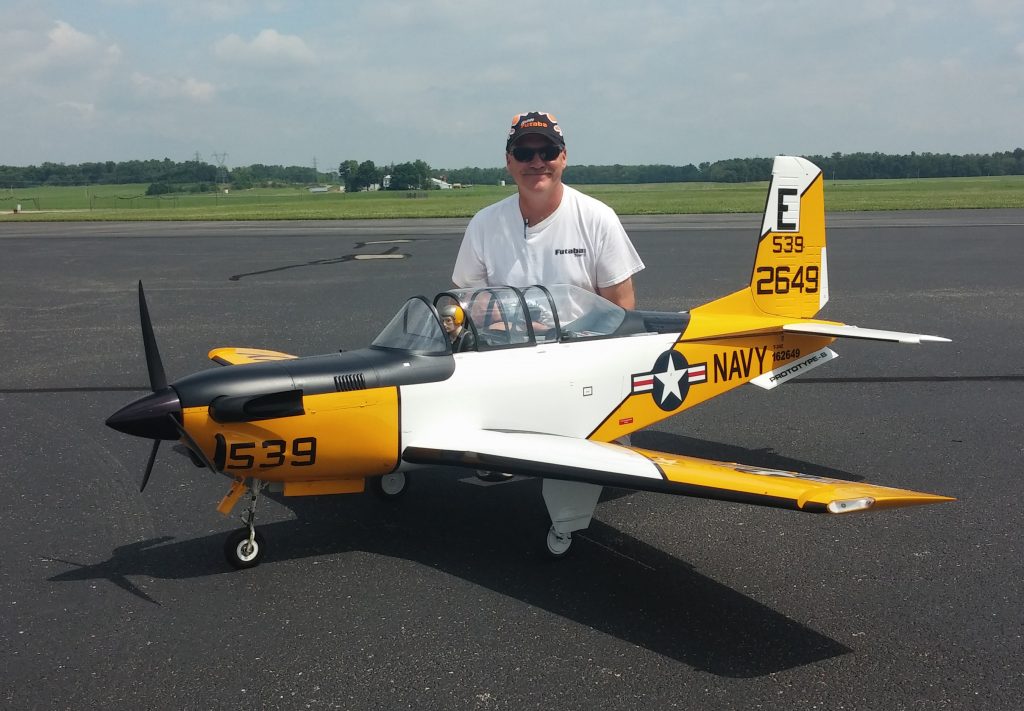 Powered by a 3W 110cc inline twin-cylinder engine and using a Futaba 18MZ radio system with Futaba 9157, 9152, 9153 servos, the model has functional flaps and retractable landing gear and features a fully detailed cockpit interior. Will and Mike have been flying models together for many years spanning back to the 1980s. Will commented that Mike and another good friend, John Boyko, have always been encouraging him to fly competitive Scale with them.