At the 2010 NEAT Fair in Downsville, NY we see a lot of great looking scale electric powered aircraft. This year there were an amazing amount of WW1 airplanes and in particular an unusual RC plane that caught our eye was a British de Havilland (Airco) DH-2 pusher brought to the event by RC model designer extraordinaire Rob Caso. We chatted with Rob about his beautifully built project and here’s what he had to say, and additional photos not shown in the February 2011 Issue of MAN. 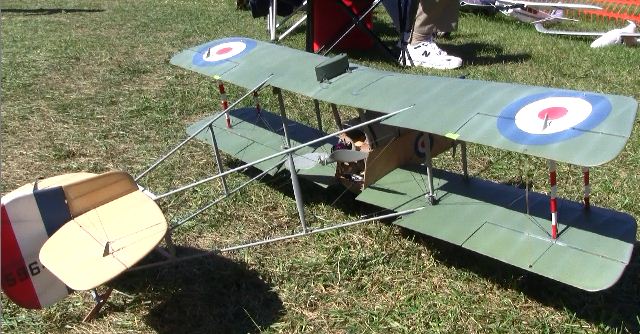 Tell us a little about the DH-2 and why you decided to build this particular aircraft?

The DH-2 has been on my build-list for a long time, and I designed and built it because you don’t see very many of them at Fly Ins like the NEAT Fair. It is my first WW1 design and I wanted something that was unusual and that would be a learning experience for me. It is modeled in 1/9-scale and I designed it with CAD. It has a 40-inch wingspan, is 36 inches long and weighs 34 ounces ready to fly. With a wing area of 510 square inches this gives a wing-loading of only 9.8 ounces per square foot so it’s a fair weather calm wind flyer. 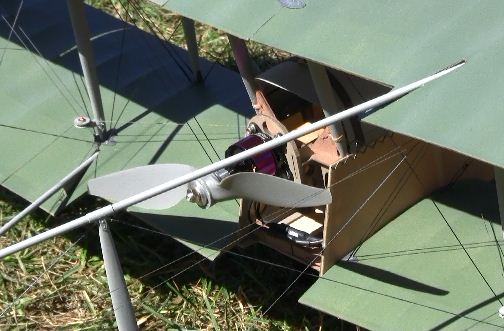 What about its construction and finish?

Though it looks rather fragile, I used modern materials. The booms for instance are carbon fiber tubes with carbon rod vertical braces laminated in balsa. The Tail surfaces use laminated balsa outlines and the control surfaces are all “pull-pull” cable controlled with Futaba 3114 servos connected to external (scale) tiller arms. I also formed the fiberglass parts for the nose cone and the upper fuselage nacelle. 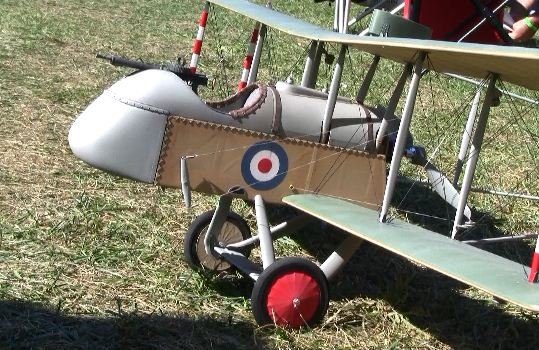 The wings use a scale under-cambered airfoil and the landing gear is shock absorbing. The tail-skid is spring loaded so it has smooth ground handling. I have a laser cutter and designed the airframe with lock tab construction for strength and easy alignment. I used more plywood than balsa as plywood seems to hold up better and really fits together better than balsa does. All the details are hand-made and I think the little details like the auxiliary fuel tank on the top of the wing, the machine gun, ammunition containers and the internal cockpit details really bring the model to life. For paint I simply used Krylon and Tamiya modeling paint. This particular model is finished in British flying Ace Lanoe Hawker’s colors. 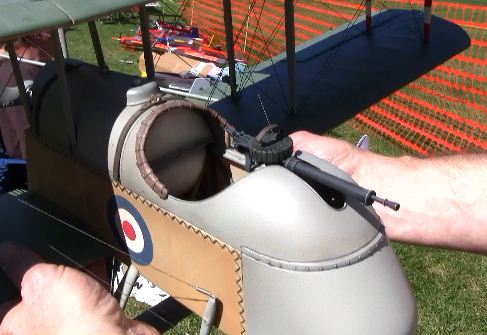 What are you using for power?

The DH-2 is powered by a Hacker A20 30M Brushless motor powered by a FMA 2100mAh 3S Lipo pack. I am using an 18Amp ESC and so far everything is working out great. I am also planning to make a scale rotary engine that will both hide the electric motor and that will spin along with the prop. The rest of the model is so nicely detailed, I just have to cover up the Hacker motor, so why not go to the extra effort and make it look authentic and have it spin? I’ll let you know how it turns out! 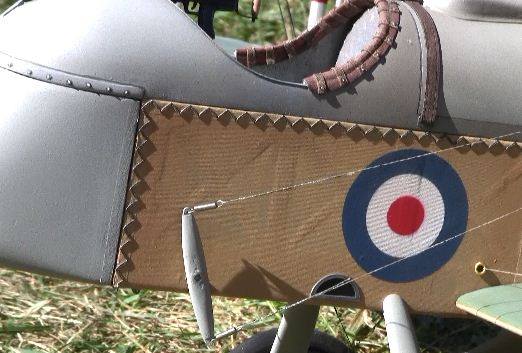 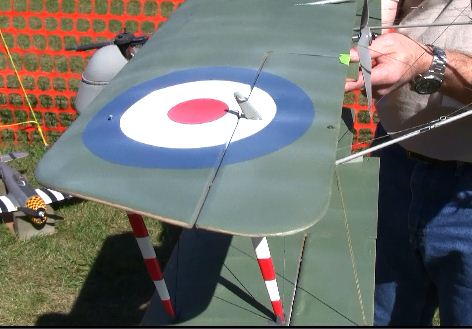 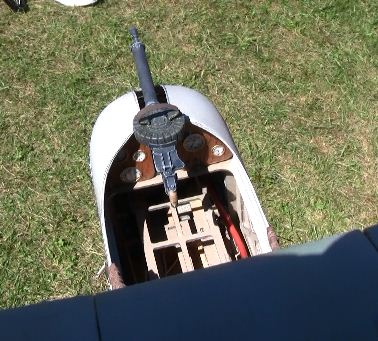