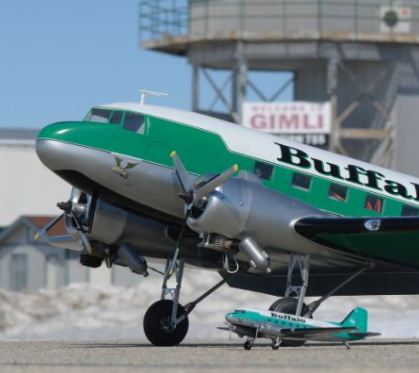 Check this out: the smaller DC-3 in the foreground is actually a 14-inch-span Buffalo Airways diecast model, and the larger plane is an RC model built from an old Royal kit! The project was a collaboration between Jack Yablonski, who provided the kit, Wilf Ansel, who built it, and Robert Yablonski, who will fly it soon (and who sent us this photo!). The aircraft has full flaps, landing lights, scale Robart retracts, and two .63 YS engines. The built-up model is covered in fiberglass and painted with the Ice Pilots scheme. Nicely done! 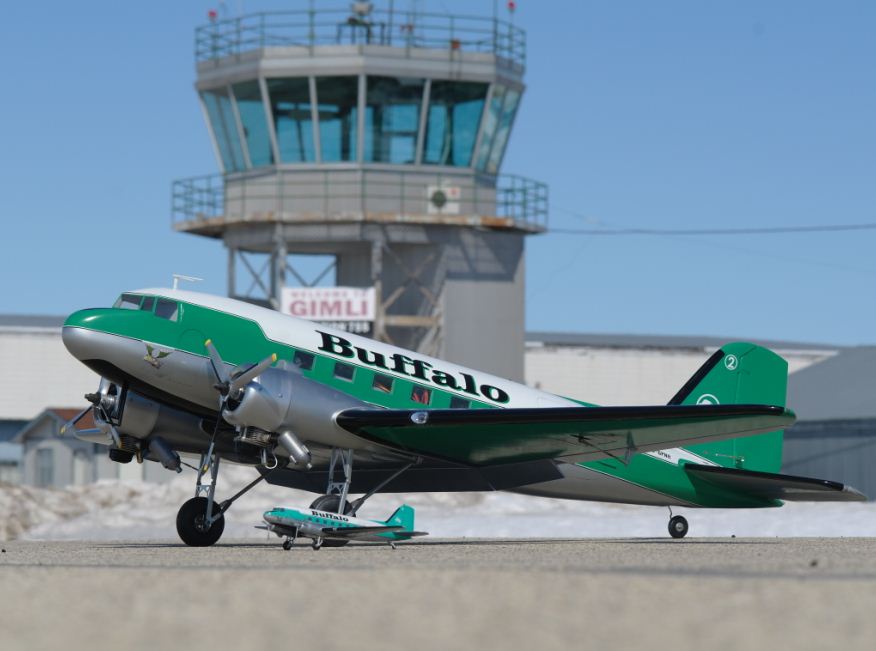