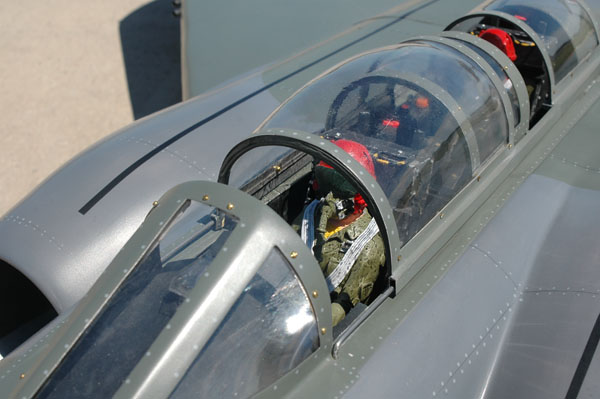 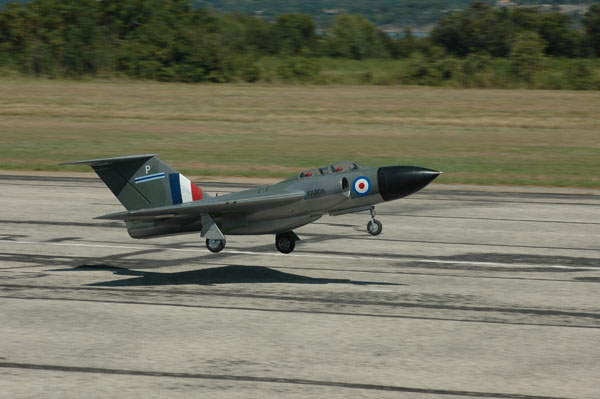 One neat nugget of interest I found at the 30th Annual Southwest Jet Rally was Sam Snyder. Sam  is certainly no newcomer to scale modeling. He’s not big on kit building, preferring to draw his own plans, engineer all the structure, layout all the systems and cut out all the parts himself. That’s about as close to a “kit” as Sam might get. So, you might think that his fleet of RC models might be limited, given that he prefers unusual subjects to create and add to his inventory. With projects ranging from the unconventional Handley Page Heyford to the TR-1 variant of the U-2 and including the Yak-40 airliner and Avro Vulcan, there’s no question the skills are there to get the job done. The latest of Sam’s creations to fly is this beautifully done Gloster Javelin Mk.5, a late 1950’s era British all-weather interceptor. 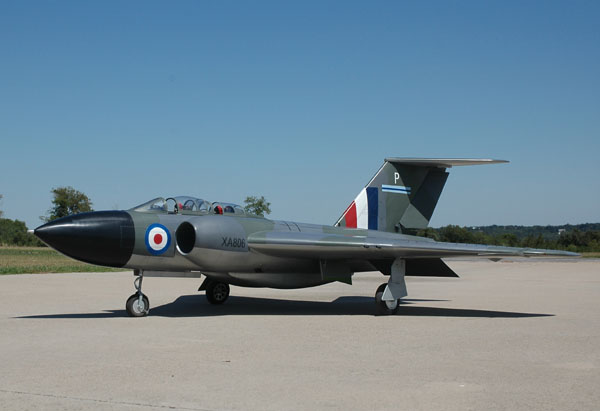 The 1/7-scale model is constructed of conventional modeling materials like balsa and plywood plus carbon fiber where additional strength is required. The entire airframe is covered with fiberglass cloth and resin. The finish of the 89-inch-span, 95-inch-long model is PPG automotive paint mixed to match specific color chips. 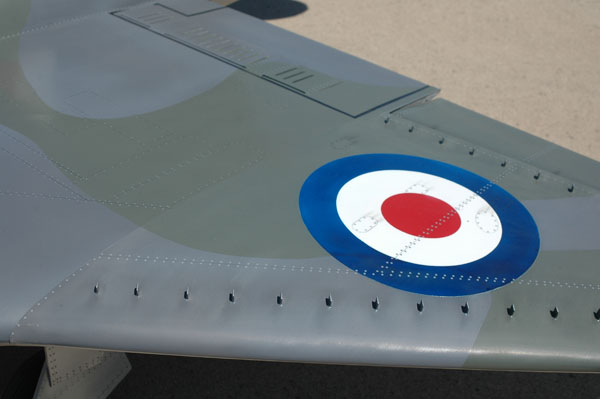 It’s got a whopping 19 square feet of wing area to support its weight of 39 pounds for a relatively light wing loading of only 33 oz./sq. ft., less fuel. Power comes from a pair of JetCat P60 turbines easily accessed through a large hatch in the top of the fuselage.

I watched the entire first flight of the model at its debut at the Southwest Jet Rally and it was immediately obvious after rotation that it was going to fly well. Very, very smooth; Sam said it took just a few clicks of pitch trim to have it all trimmed up. It really looked great on final approach—right on speed, slightly nose high, just over the numbers and a gentle no-bounce touchdown followed by a majestic taxi back. 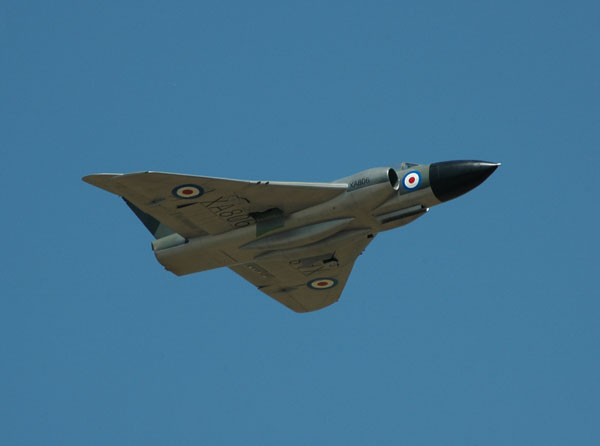 Sam can usually be seen with an unlit cigar in this mouth but now it was gone, replaced by an ear-to-ear grin! Great guy, outstanding effort, and a unique subject; can’t help but wonder what Sam has on the workbench now!