Gary has all the documentation for his project and he comments that Ernst’s   aircraft was shot down, and crash-landed at Broom Hill, Kent on September 30, 1940. 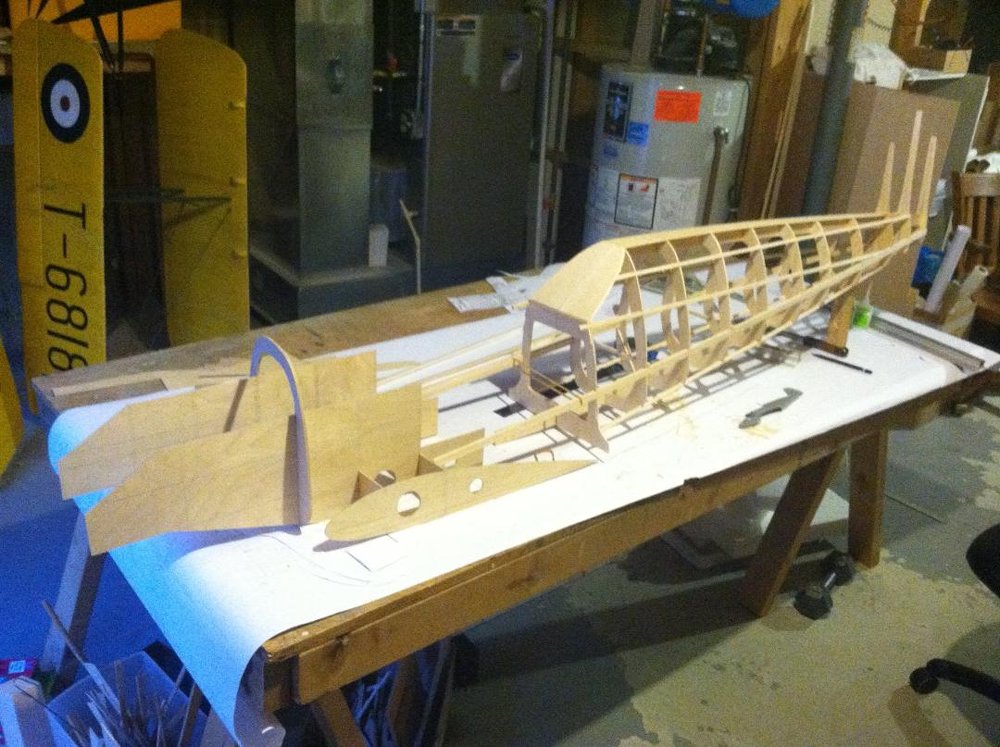 Gary says: “The model was designed and constructed entirely by me from my own plans. I did not work from plans but rather I used ModelCad, a very simple to use 2-D CAD program. I decided to build the fuselage around a box structure using 1/8-inch aircraft plywood. The box integrates the motor mount, tank platform, wing tubes and landing gear mounts.  I incorporated 3/8×3/4 inch spruce strips at the bottom and top of the side pieces for added strength and to provide a surface to mount the plywood electronics and air valve platform.” 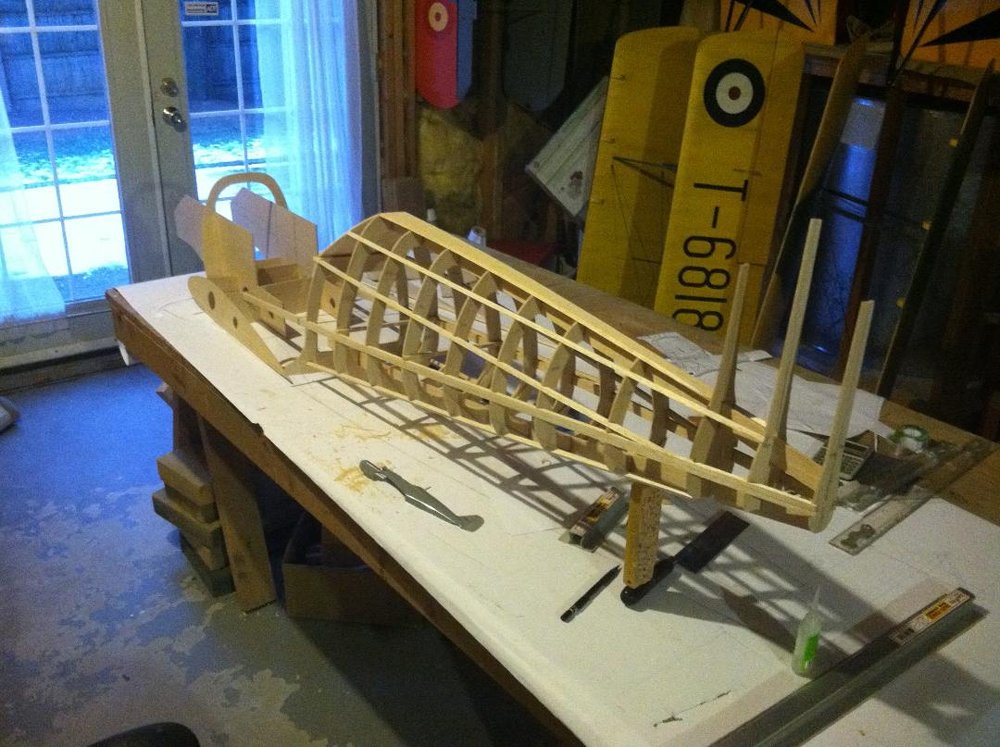 “I glassed the Cowl pieces and the fuselage back to the cockpit with 2 oz. cloth.  I then glassed the entire airframe with 1oz. cloth.  I used Z-Poxy Finishing Resin thinned with 50% acetone and brushed through the fiberglass.  I covered the control surfaces with Solartex . Rib stitching was simulated by laying 1/32 chart tape on strips of Solartex, slicing it to width, ironing it in place and overlaying another strip of Solartex. The result is quite convincing.

After the fiberglass was applied and sanded I used Rustoleum Auto Primer to prime the airframe.  I used Rustoleum Clean Metal Primer on the Solartex covered control surfaces.  After many coats of auto primer and a lot of sanding, I applied 1/32 Chart tape to the panel lines.  After several coats of primerand lots of sanding, I removed the chart tape leaving well defined panel lines. 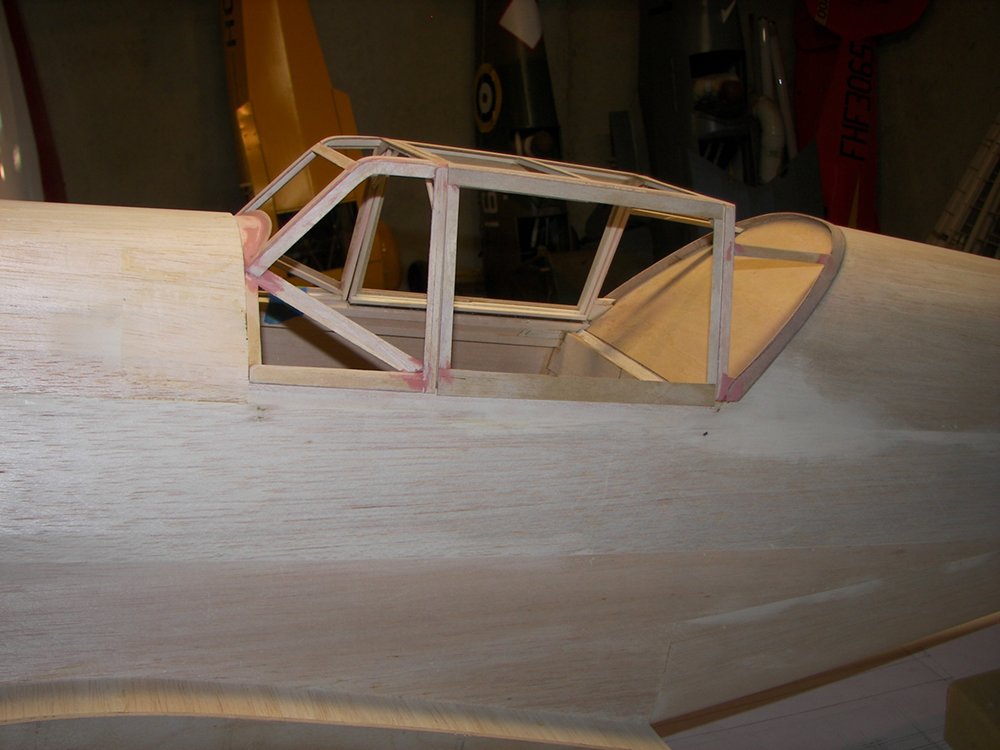 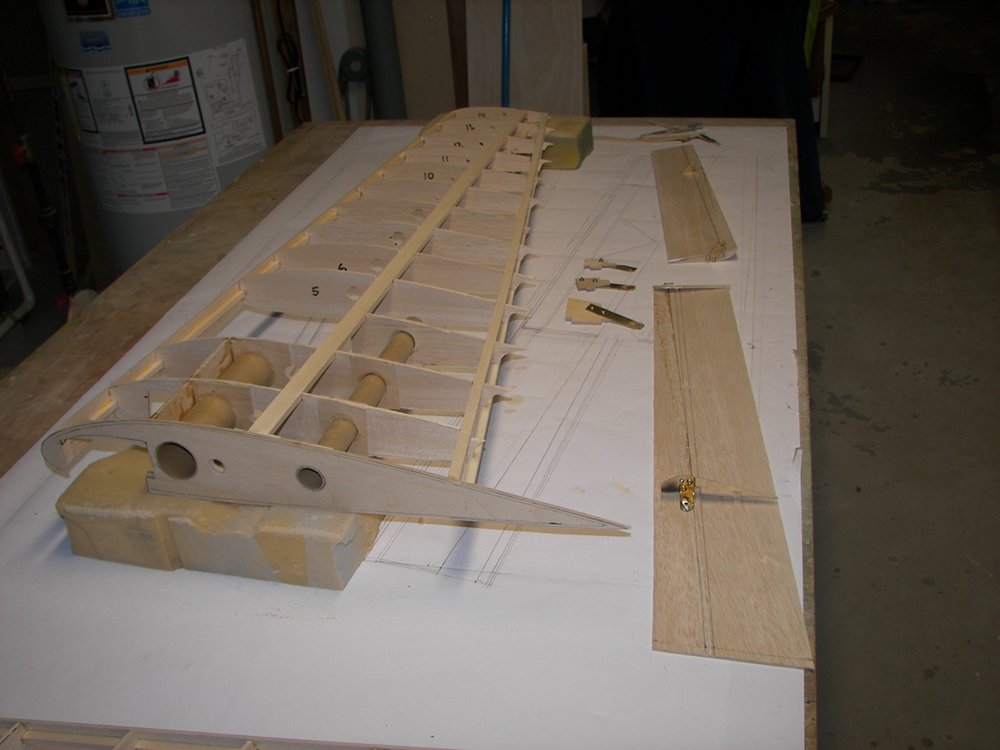 For scale parts I used formed fiberglass parts from a RCSB.com forum contributor by the name of Larry Botsford. 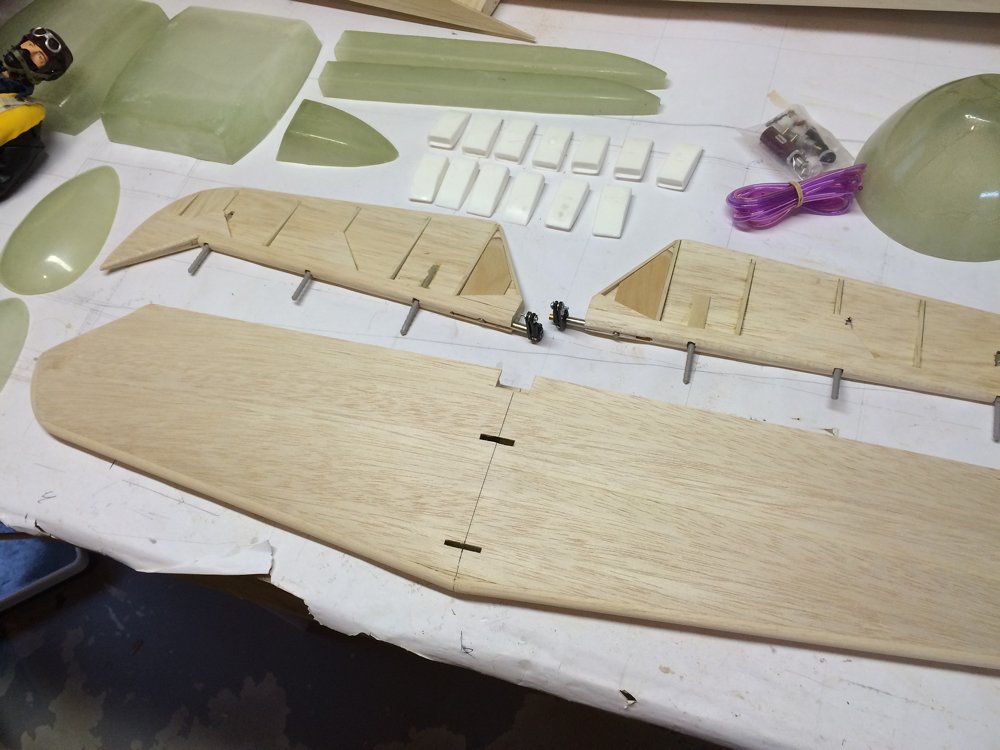 The following items were purchased:

Rub on nomenclature from Meister Scale 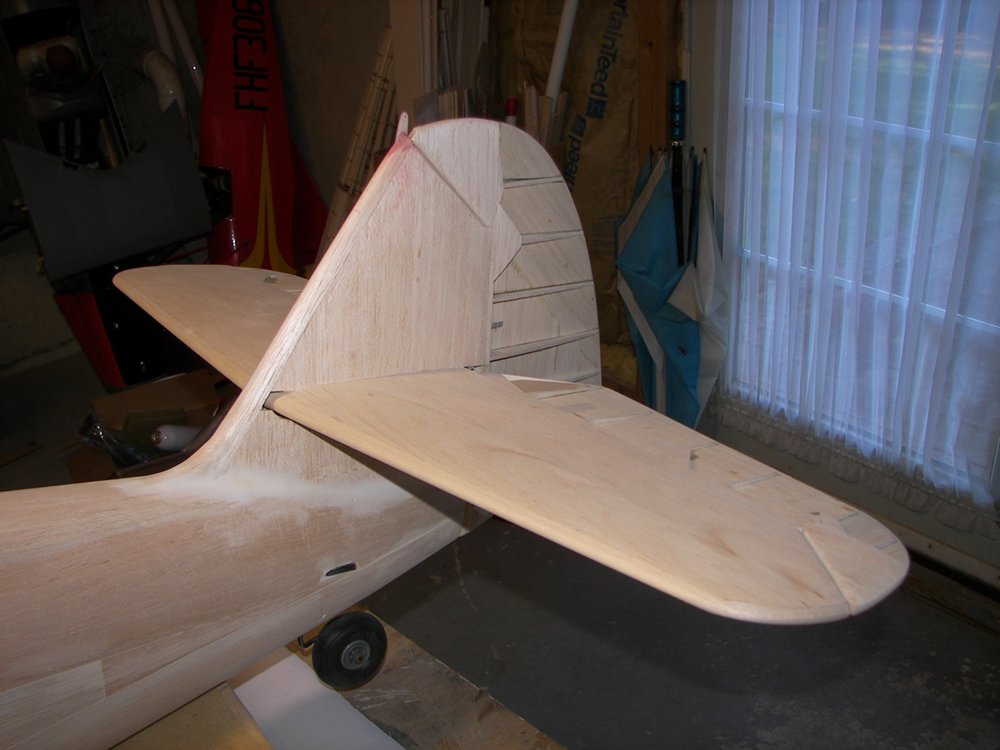 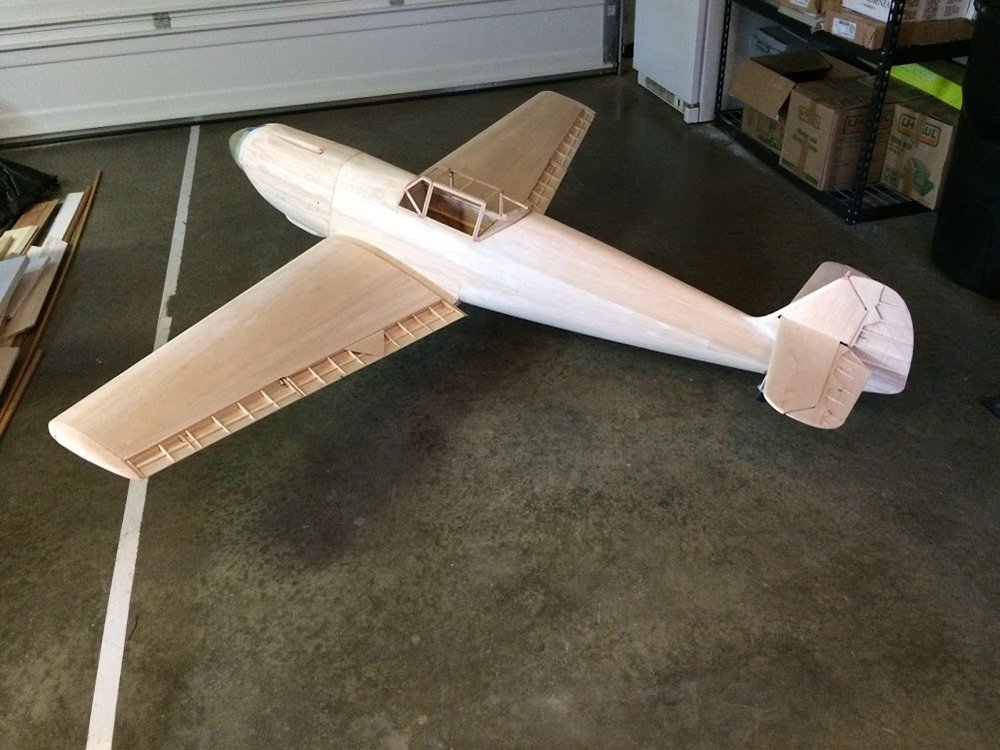 As always, Gary produces some amazing scale aircraft. Stay tuned as we will be adding some flight shots when the Bf 109 goes through flight testing. 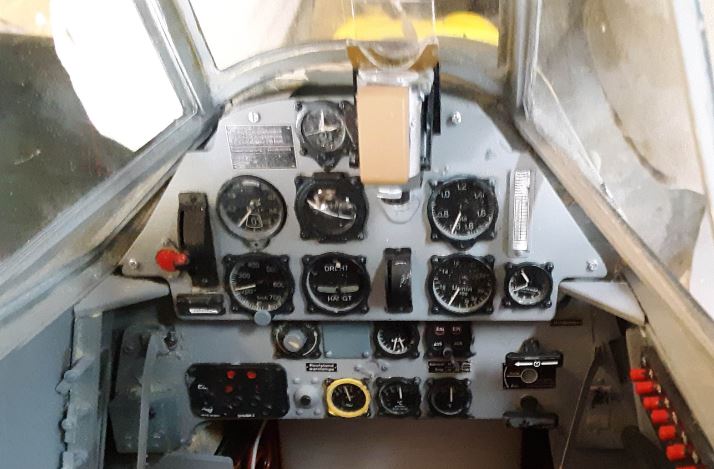 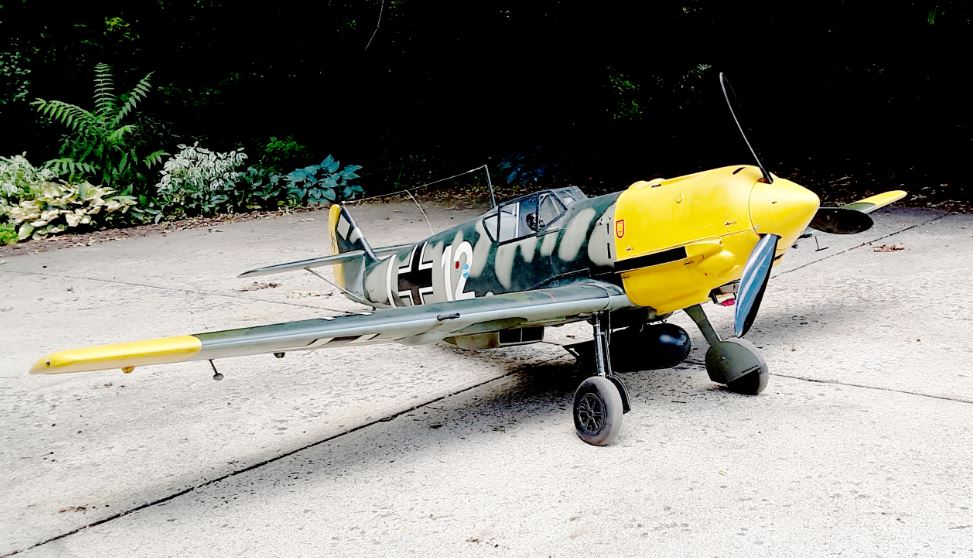