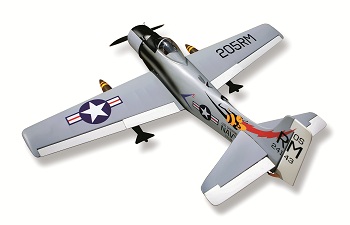 Seagull has captured the look and history of the legendary Douglas Skyraider in this exciting semi-scale ARF, suitable for Glow, Gas, or Electric power. The airframe is conventional built balsa and plywood construction, yet a modern laser-cut design allows the airplane to be kept light. You will find that most of the work has been done for you. The pushrods are pre-made to the correct lengths and the hinges are pre-installed. Includes extra scale features such as wing guns, drop tanks, antenna, and operating navigation lights. Includes fixed landing gear – using same mounting as optional electric rotating retracts. 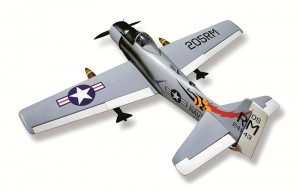