If a flying event can grow to become a living, breathing, pulsating, life form with its own mannerisms and language – SEFF is it! What Joe Nall has become to giant scalers, SEFF has become to electric flyers around the country.

From its humble beginnings in 2002 with 130 pilots, the event topped 487 pilots this year and filled Mac Hodges’ field in Andersonville, GA. The growth of this event was so rapid it outgrew its first location the very first year. The Fayette Flyers and specifically Jeff Myers, Ric Vaughn and Ernie Schlumberger do an amazing job of coordinating everything. It’s a huge team effort that began for next year before we even left the field. Over 100 RV’s were reportedly camped at the field and I was happy to be in one of them because this has become a 24/7 flying event. I knew it was true when I looked out the window at 3 AM and saw lights in the air and they weren’t UFO’s.

Much of the hobby has turned to ARF’s now and the quality shown at SEFF was incredible, but there were also a lot of projects built from plans or kits too. This was an increase over the last couple times I attended and it was nice to see the creativity of the modelers. Be sure to check out Ty Brown’s huge scratch built bombers. With the availability of foam in all sizes of sheets, there was a lot of experimentation going on and that always leads to interesting results.

This year surpassed everything I had seen in all previous years in terms of organization, cooperation, and flying subjects. With five distinct flight lines, there was no reason for anyone not to fly all they wanted. The 2.4 GHz revolution has really improved the quality and safety of large fly-ins. Pits were set up three deep and there was plenty of space to pit near the area you wanted to fly. Separate areas were set up for park flyers, 3D flyers, helicopters, sport flyers, and hand launch gliders. Each day the sport area was shut down for two thirty minute periods for folks wishing to do speed flights and that was one amazing spectacle in its own rite. Most of the time the other areas got very quiet because people migrated to watch the speed runs.

Friday and Saturday featured noontime demos by some spectacular pilots and manufacturers alike. Horizon Hobbies not only supplied a staggering number of raffle prizes, but demonstrated almost everything in their extensive inventory. These factory pilots are some of the best you’ll see anywhere and they were available for questions and advice. Hobby Lobby was the other giant there and really put on a great show. They were one of the very early entrants into the electric flight world and they haven’t rested on their laurels. New owner Mark Cleveland was everywhere and talking to everyone about his exciting plans for the future.

Vendor row was full of dealers ranging from the biggies like Atlanta Hobby and Radical RC to the smaller “mom & pop” operations. New products were on display at several vendors and available for purchase. Many were bought and ready to be flown before the buyer left for home.

Old friendships and online acquaintances were rekindled all up and down the flightline. If you crashed, someone was there to offer help in repairing it. If you left something home, someone was always there to lend you what you needed. This event is more than a fly-in, it’s become a community and one I’m proud to be a part of. My only complaint is it’s a whole year before the next one! 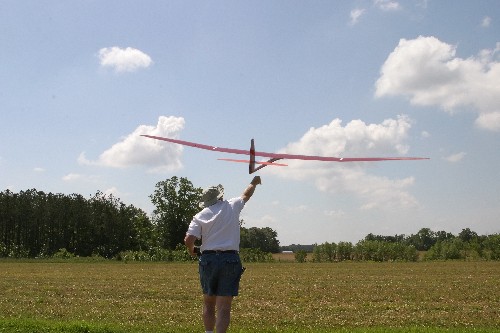 Cliff Whitney of Atlanta Hobby took Thursday off to compete in the sailplane event. He’s launching his gorgeous Sirocco for a fifth place finish. 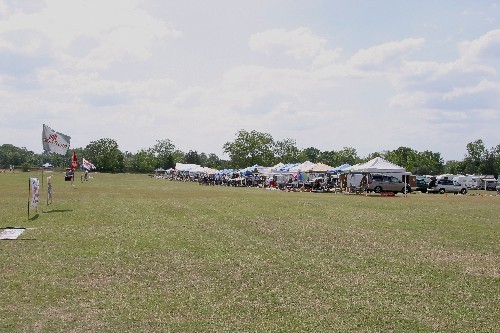 This is just 1/3 of the flightline the day before the event even began. People started showing up a week ahead of time. 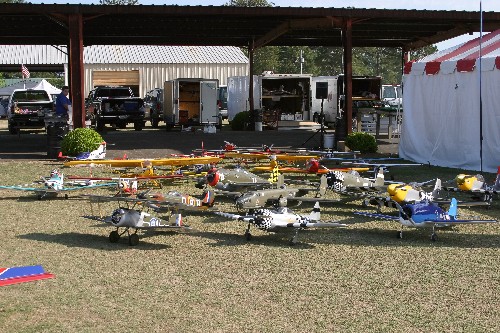 The folks from Horizon were busy every morning getting their fleet assembled, displayed and ready to fly. 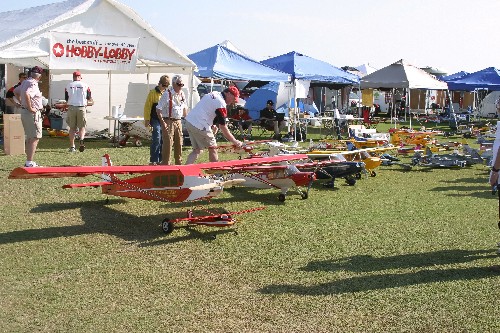 Hobby Lobby brought their entire Pilot 1 line along with a ton of other electric offerings including the giant Telemaster they used for the candy drop. 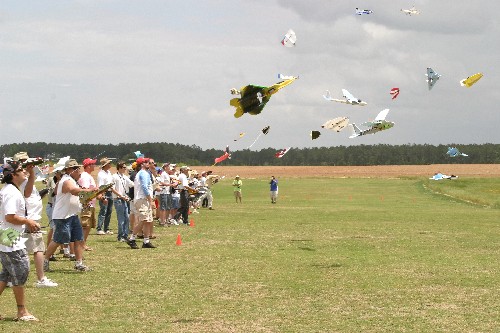 The Mass Combat event drew the biggest crowd of participants for the week. Some pilots crashed because they were laughing so hard they lost concentration. 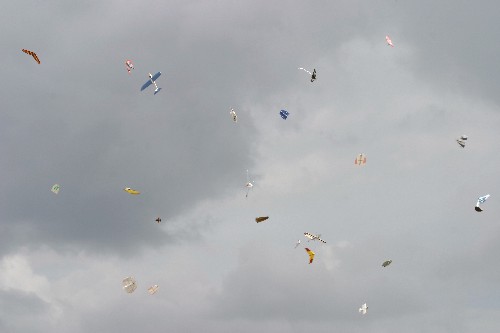 This was the site in the sky during the combat event. It rained foam. 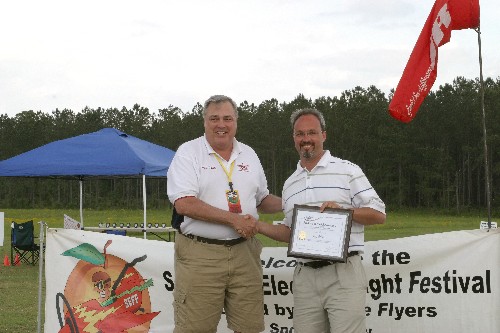 AMA EVP Mark Smith recognized event director Jeff Myers for his years of hard work building SEFF into what it is today. The event raised thousands of dollars for charity in the local area. 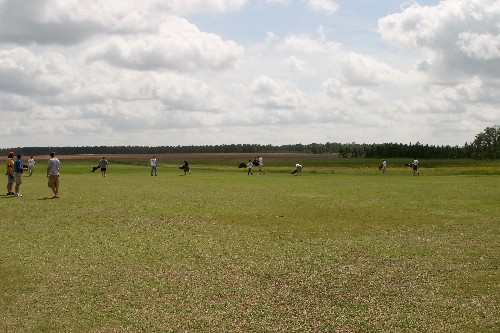 The SEFF staff volunteers finished up every day with “police work” to keep Mac Hodges’ field in perfect condition. This is one grass field that even jets using small wheels can take off from easily.