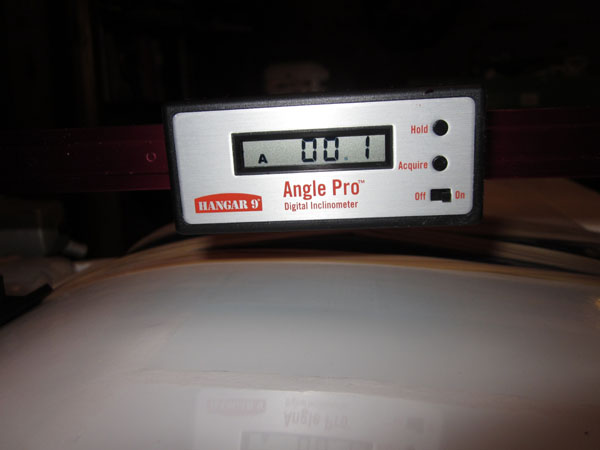 With our Build-along of the Florio Flyer 60 completed, all that’s left is to break in the engine and to double check all the flight surfaces for proper incidence. This being the angle of the horizontal stabilizer and the wing relative to the fuselage centerline or datum line. (This is not the centerline of the of the engine.) Through its position is also measured relative to the datum line,  the angle of the engine’s Down- and Side-thrust angles are also both important for a model to perform properly.

In a nutshell, setting incidences is relatively easy to do while you are building the plane. You really want to maximize your building accuracy as called out on the plans. This way, when the plane is all assembled, there will be little or no surprizes when you check the plane’s setup angles.

I have for years used the angle/incidence meter from Robart MFG., and it has served me very well. It is an annolog meter and it uses a sensitive needle indicator mounted on a precise pivot point and it has a counter weight inside the body of the unit. It also has a long aluminum arm and two precisely molded centering clamps to hold the meter in place. The newest and more accurate way to check your model’s angles is with digital inclinometers like the Hangar 9 Angle Pro. This battery operated device is used exactly like the older Robart unit, but it has a digital readout. Same aluminum bar/alignment clamp setup but, you can also use the meter by itself without the support bar. 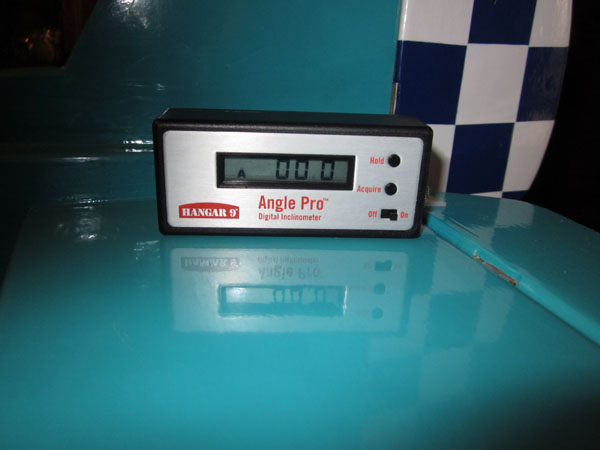 Start by finding the angle of the horizontal stabilizer. Check your plans and see what it should be. With this model, it is shown as having zero degrees of incidence or, being parrallel to the datum line. You can place your tail up on blocks to set it to zero or, with another nice feature of the digital unit, you can just place the plane on the bench, place the meter on the stab and hit the acquire button! Now every other angle you measure will be relative to this new zero degree reference line.

Now place the meter on the wing close to the fuselage with its alignment /centering brackets and bar, and note the reading. Here you can see that the wing has a + 0.1 degree incidence reading which is well within sport flying parameters. The plans call for zero degrees of incidence so this is just about perfect. The wing is cushioned with 1/16-inch foam tape between the wing and the wing saddle so there is a little give. Make sure to use plenty of rubberbands to really lock down your wing before checking the angle. Should the wing be way off, you can use shims under the trailing edge to lower its incidence angle or under its leading edge to increase it. Use 1/16-inch plywood shims to check and when you find the proper amount, glue them to the wing saddle to set the proper wing angle. 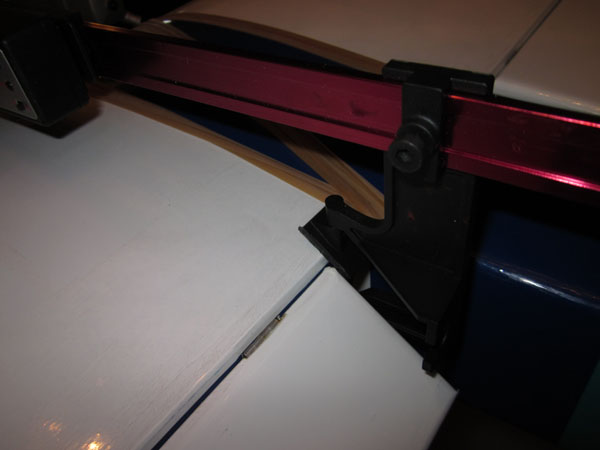 Here you see the meter attachment bracket attached to the wing’s trailing edge. It is important that you check the wing’s angle from a fixed position. Setting the bracket on a movable surface can throw off your accuracy. 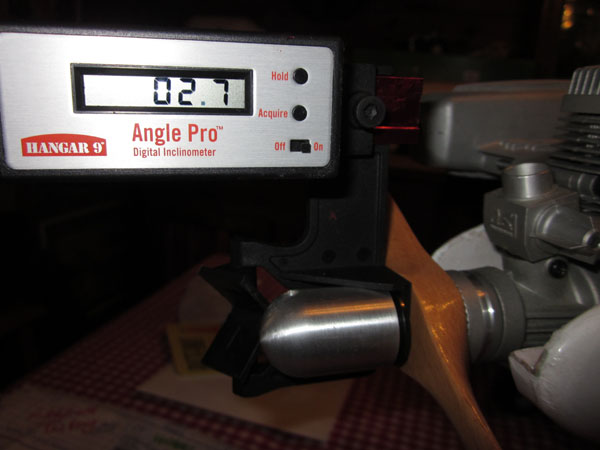 The plans will also show what the engine down thrust angle should be, and for this plane, it was 2.5 degrees down. Again being off by only 0.2 degrees (2 tenth of a thousandth,) the engine is within sport flying parameters. The plane has wood engine rails so the angle was built in during construction. If your engine is installed with a seperate engine mount, you can easily adjust the down thrust by placing washers or aluminum shims under the top two attachment bolts holding it to the firewall. 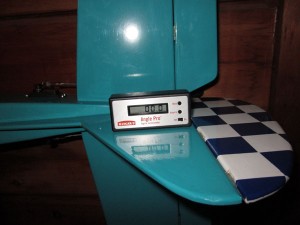 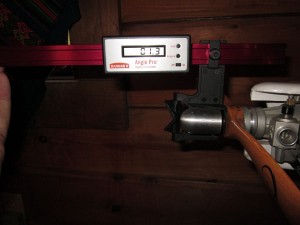 So how do you check engine side thrust? Easy. First place your airplane sideways up against a wall and place your meter on the vertical fin (now horizontal,) and move the tail up or down until it reads zero degrees. Now place the meter on the support bar and clamp one of the centering brackets to the engine under the prop washer with the prop nut. Position the meter so it is vertical and check the reading! My plans showed 1.5 degrees of right thrust (up angle in the position shown) and as built, the engine thrust was only 0.2 degrees off. Again well within limits.

Should the angle be off by a much greater degree, you can do one of two things. If the engine is on rails, you can enlarge the holes in the engine attachment tabs to give you some wiggle room and then adjust the angle and retighten the bolts. If you have a seperate engine mount, you can again add shims or washers under the appropriate side bolts. Adding them under the two left bolts increases right thrust and adding them to the two right bolts, increases left thrust. 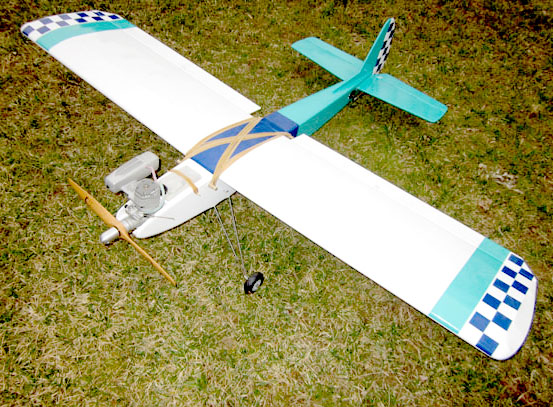 Well, that’s it! Nothing left to do but fill the tank and make a couple of test flights to further tweak the model’s setup. As always, stay tuned!