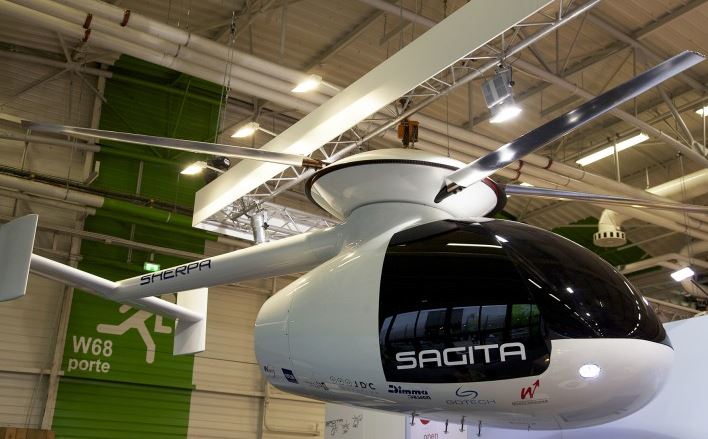 On display at this year’s Paris Air Show, the ultralight Sherpa by Belgian startup Sagita aims to make the helicopter simpler, more efficient, more reliable and more affordable. The helicopter’s contra-rotating rotors are directly driven by turbines that are themselves powered by hot air and fumes from the helicopter’s powerplant. Sagita claims that this makes the aircraft approximately 85 percent efficient while doing away with the need for a tail rotor.

The Sherpa on show in Paris is a 1/5-scale, electric-powered model, and at this stage the helicopter’s performance is theoretical. However, Sagita says that the full-size, 573 lb. helicopter would be able to lift an additional 377 pounds. It has an expected cruise speed of 85 knots, range of 250 miles and a maximum flight time of 3 hours. Its ceiling is 6,600 ft.

Check out the video of the model in flight below, and for more information go to Gizmag.com.