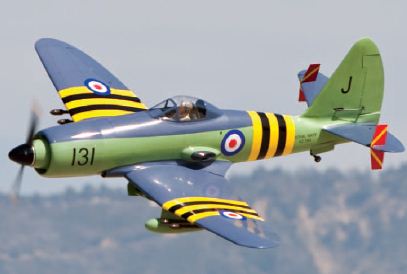 When it comes to warbirds, there are your usual suspects to choose from: Mustangs, Corsairs, Spitfires, etc. All of these are iconic and absolutely gorgeous, but it’s nice to see something new for a change. BH Models is no stranger to releasing new and unusual aircraft, and now you can add the Westland Wyvern to both the warbird and unusual list with its recent release of this unique 1950s British naval strike aircraft. Had Dave Wigley not won the two most recent Top Gun Scale Invitationals with his version of the Wyvern, I bet many people would’ve never known about the existence of this contra-rotating turboprop aircraft. 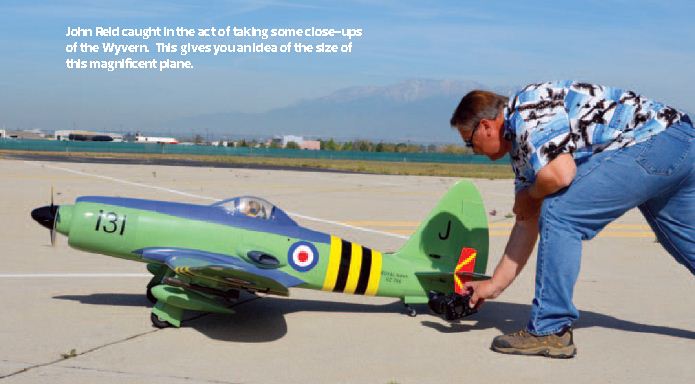 This enormous 1/6-scale Wyvern (which is a mythical dragon-like creature) is constructed of balsa and light ply, covered in heat-shrink material imprinted with all of the details and insignias. A complete hardware package is supplied in the kit, including fuel tank, plastic spinner with alloy backplate and even engine standoffs. The all metal, shock-absorbing, air up/down retractable main landing gear is also included. There are numerous vacu-formed and painted plastic scale accessories such as drop tanks, missiles and engine exhaust ports. The cowl is made of lightweight fiberglass complete with panel lines and painted to match the covering material. 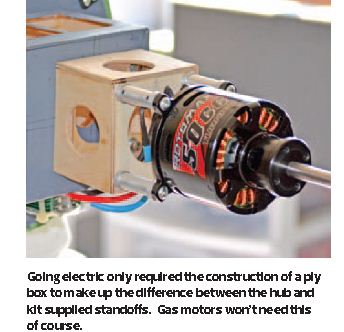 General Flight Performance
Stability: This warbird looks belie its innocuous handling. With all that dihedral and the CG and control throws set at manufacturer’s specs, this plane is a real treat to fly.

Tracking: The huge tail and horizontal tail winglets keep the nose pointed where it should be. I only noticed a tiny bit of tail wag at certain speeds, likely due to the drop tanks or missiles, but it was barely noticeable. At most speeds (especially high speed) it was rock solid.

Aerobatics: All of your typical warbird aerobatics can be performed with the Wyvern, and it looks great doing so. There is plenty of power on tap to do huge, scale-like loops and vertical climbouts after that low-level pass.

Glide and stall performance: The large split flaps do a great job at slowing this plane down with very little elevator compensation needed. Rollout was shorter than expected thanks to the slow landing speed. The wings have washout built in which keeps the stalls predictable and easy to recover.