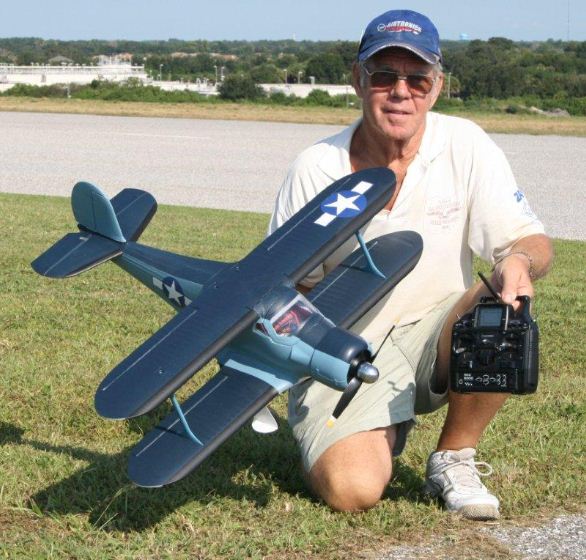 Everyone is talking about this new classic biplane from E-Flite. Our author and contributor, Nick Ziroli Sr. got his hands on one of the very first releases and he give us his opinions. Watch for the full review in a future issue of Electric Flight complete with flight report. 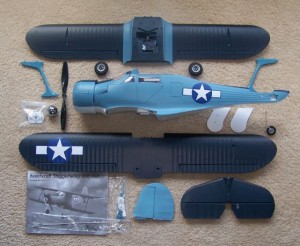 –Of the very few negative stagger wing biplanes produced the Beechcraft D-17 was by far the most successful. Designed for the high end civilian market, it was fast and comfortable. Engine options ranged from a 225 hp. Jacobs to an early version, 1932, with a 700 hp. Wright R-1300. This 700 hp. A-17F could reach 250 mph, out running the 200 mph fighters of the early 1930’s. Production ran from 1932 to 1949. The post WW-II G-17S was top line in every way but too expensive for the post war market. With more modern Bonanzas, Navions and others becoming available the biplane mass market was history. Go to any full scale fly-in and there will be Staggerwings attending. It is truly a unique airplane.

Distributed by Horizon Hobby the new all-foam E-Flite version is a very nice rendition of a WW-II Navy GB-2 Staggerwing. Having built a giant scale D-17 in the same color scheme I am very familiar with this version. I must say that Eflite has done a great job at producing an accurate well engineered model. And it flies well too.

The instruction manual, 31 pages, and lots of photos is very complete. Assembly begins with installing the servos. Since I fly Airtronics I substituted there 94803 Micro servos, a direct fit, for the E-flite DS76 servo specified. The pushrods are all pre-made and they fit. A fixed landing gear is included and is easy to install. If retracts are desired there is an air operated set available. The fixed gear can be removed and  retracts mounted in their place. All mounting points for retract valve, air tank, filler and other parts are built into the fuselage and wing. 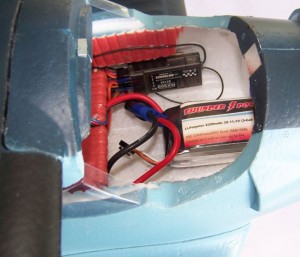 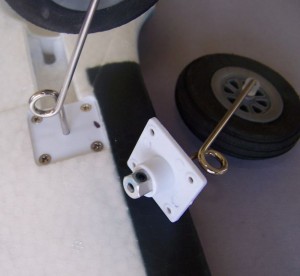 The stabilizer comes completed and ready to glue in place. The top wing is mounted to the fuselage to act as an align guide for the stab. There is an alignment tab on the stab and when it is put in place on the fuselage is perfect. If you are going to use landing gear you will need rudder control. The fin and rudder come in one piece and must be cut apart and hinged with ca hinges that are included. Four small sheet metal screws are required to secure the steerable tail wheel strut. I found this very difficult with the stab in place. I would install this before the stab is glued in place. Having the correct Phillips screwdrivers, #0, 1 and 2 will make assembly easier. With the tail wheel and stab in place the rudder assembly is glued square to the stabilizer.

Medium CA, Zap, is used for all assembly. No kicker, (it effects the paint and foam and is really not required.) With the elevator and rudder servos in place install the pushrods. Be sure all servos are centered from the transmitter before connecting the pushrods. Remove the cowl to mount the motor. The cowl mount is brilliant. It simply slides over the nose of the fuselage tight enough that friction holds it in place. I installed the recommended Eflite Park 480 brushless outrunner motor #EFLM1505 and Eflite 40 amp speed control #EFLA1040L. Don’t use the motor mount that comes with the motor. The motor is screwed to the plastic mount that is included with the kit. Make sure the wires are oriented as described. Connect the motor/speed control wires through the firewall and mount the motor to the firewall.

E-flite’s Staggerwing ARF that is sure to be as big a hit. It features Z-Foam construction with carbon rod spars in the upper and lower wings. Most scale features, such as the detailed cockpit, clear windows and authentic paint scheme, are already installed or applied. Only four sub-micro servos are required for all control surfaces and the horizontal stab comes in one piece for easy installation.

You have the option of installing an additional servo to make the flaps operational, plus the model even has a small chamber in the fuselage for housing an air tank if you want to include the optional pneumatic retracts. 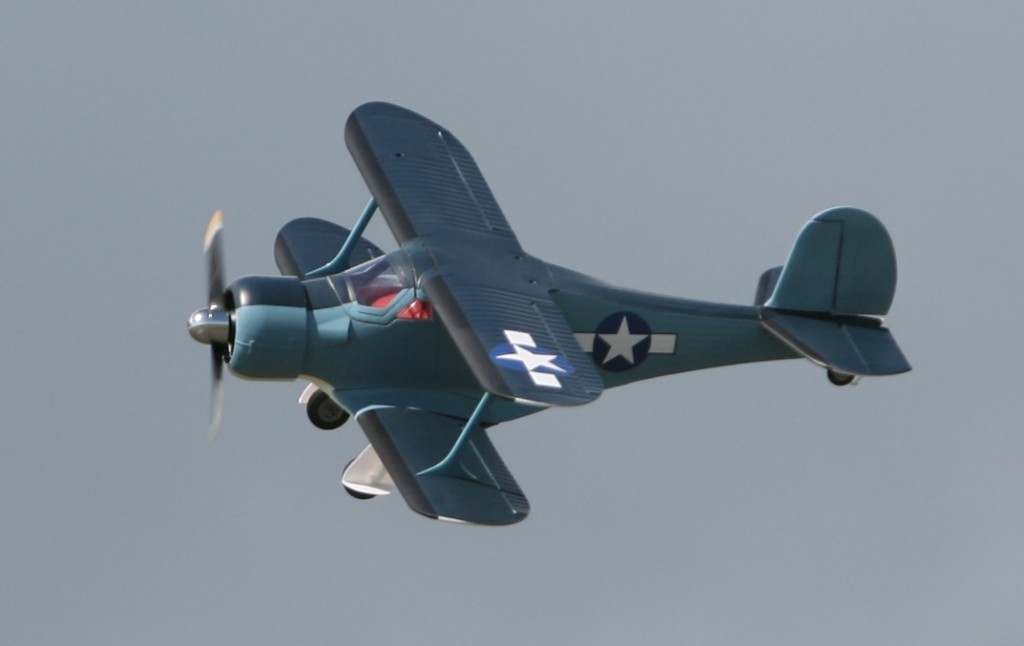 The first flight was in pretty much ideal conditions, light wind down the paved runway. Ground handling is very good. I used full power for the first take off. It was in the air sooner than I expected after a very short run. Further flights were with less power, about half throttle, and produced much more realistic take offs.

In the air with the recommended control throws, especially elevator, it was a little touchier on the controls than I prefer. I sometimes fly my friends models and am surprised at how little stick movement they prefer to control it. My preference is to be conservative with my control surfaces requiring more stick throw for my maneuvers. Unless you are a hot 3D pilot I would suggest test flying at the suggested low rate settings and adjusting for more or less control from there. A little more expo also helps.

This is a very aerobatic airplane. It tracks through loops and rolls quite accurately. Rudder control for wing overs and stall turns is clean with little tendency to roll out. I took it up high to check out slow speed, stalls and spins. These were all nonissues. In the light breeze that day the Staggerwing could be flown at almost zero speed. Flaps down slow flight was very stable and did not require any elevator trim.

Spins are tight but come out quickly when controls are neutralized. While at altitude I did an outside loop. The first one got ahead of me on the back side and rolled out of it but the second was very good.

I tried a lot of different maneuvers and it did them all. My only problem was making consistent good landings on the paved runway surface. If it bounces once you may not get high points for that landing.

The Staggerwings classic appearance in the air, even with fixed gear, is outstanding. I’m looking forward to the addition of retracts when they are available for an even more outstanding model.

I’m heading back out to the field to work on my landing techniques. 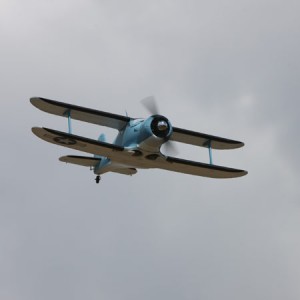 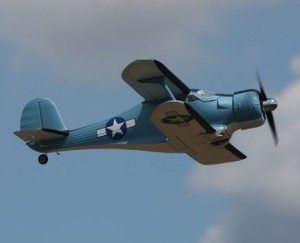 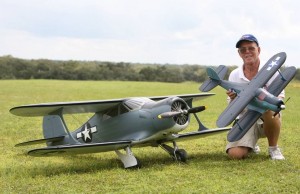 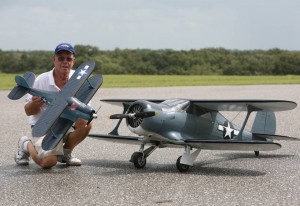