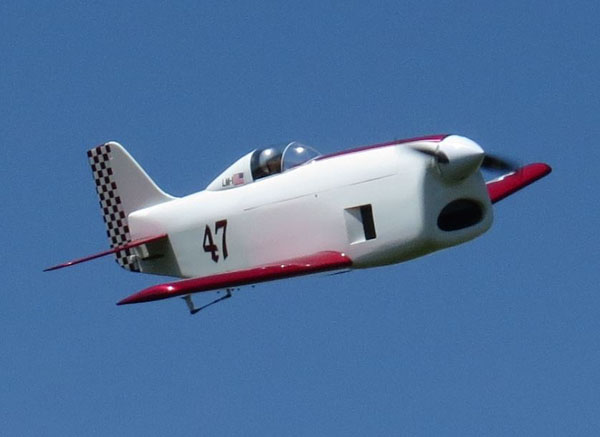 Designed and built for a MAN construction article by Mark Rittinger, the LM-1 racer was the winner of the Designer Scale category at the Toledo RC Expo and trade show. The detailed construction article will be in the January 2016 issue of MAN so stay tuned for more. Here’s what Mark had to say about his Toledo show winner. 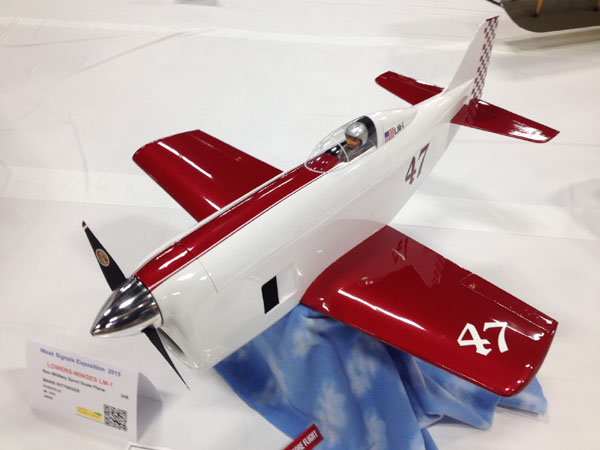 “It’s doubtful that more than a handful of people have ever heard of the Lowers-Minges LM-1. I discovered a 3-view drawing of it in a 1974 “Flying” magazine article about the then up-and-coming Reno Unlimited class racing technologies. Though never built, it was to have been powered by a 500hp Ranger Inverted V 770 V12, yet it only had a 16.5 foot wingspan. 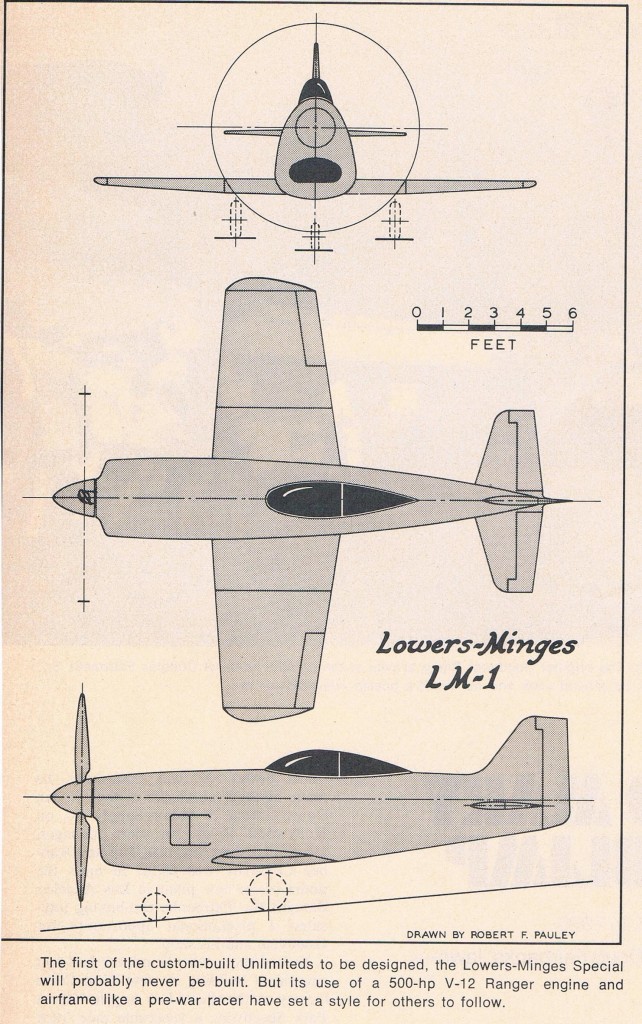 No mention was made of methods or materials, but I suspect it may have been planned to be of wood construction. Small, undoubtedly fast, and no doubt a handful to fly, I thought it would make a great challenge as a model. Was I ever right on that one! 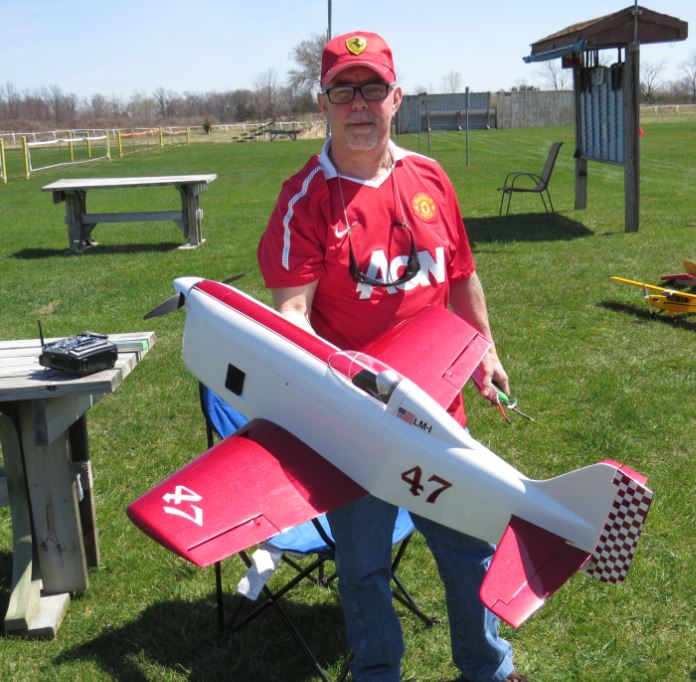 The LM-1 uses conventional balsa and lite-ply construction and a foam wing core to speed construction. 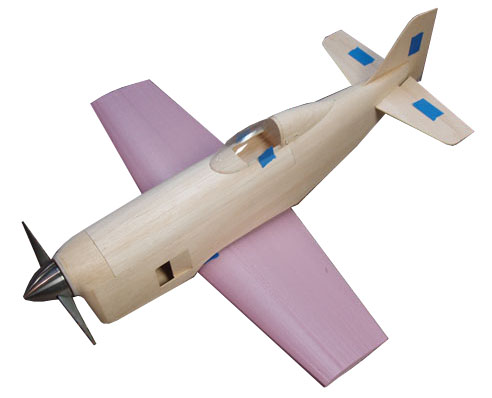 The model is designed to be hand launched, both keeping the design simple and lighter without having landing gear. 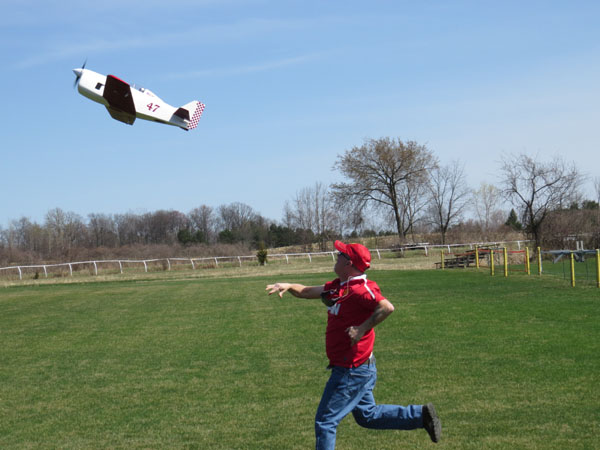 It is a very clipped wing design so it is easy to handle and transport. 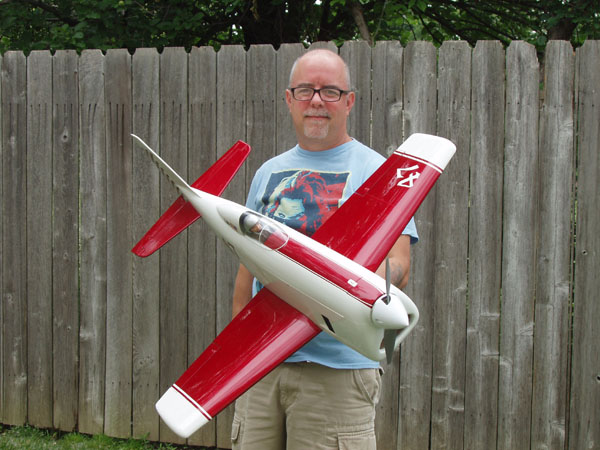 The plans have all the details needed to build this unique never-built full-size Reno Racer. 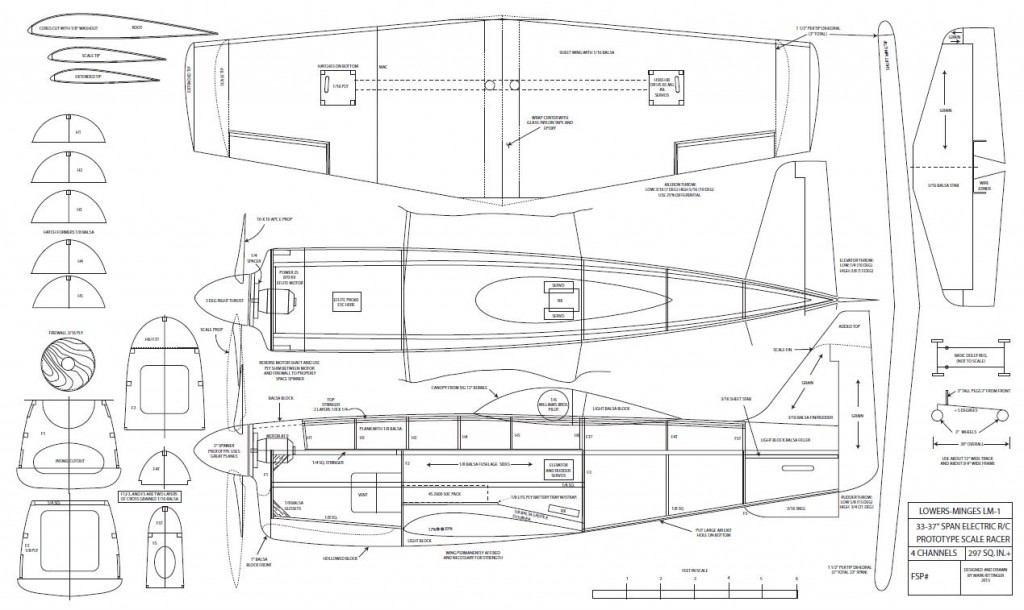