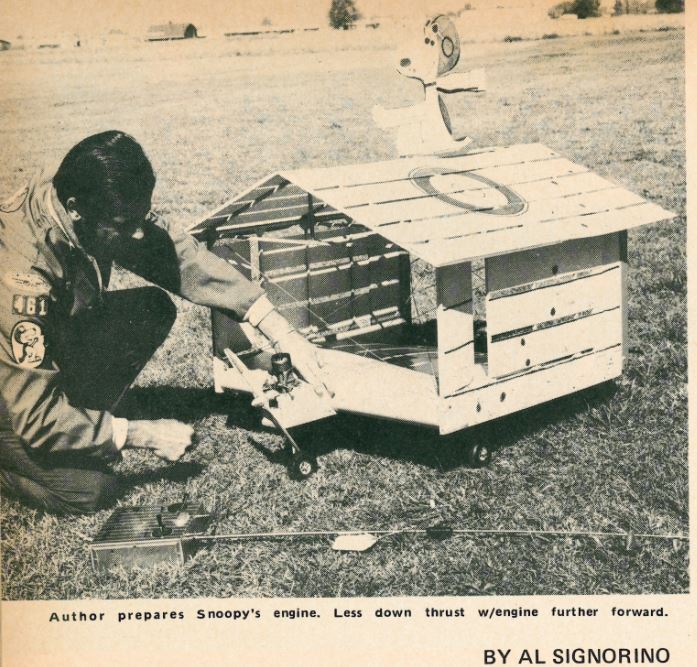 The old original plans were falling apart and so it was time for an upgrade! If you are a Snoopy fan, watch out for the new 50th Anniversary Special Edition plans in an upcoming issue of MAN. For those who know Snoopy’s Flying Doghouse, this is the improved version that was published in 1971 with the extended fuselage box added to re-balance the model so Al could remove some 2 pounds of lead from the model! We’ve very excited! 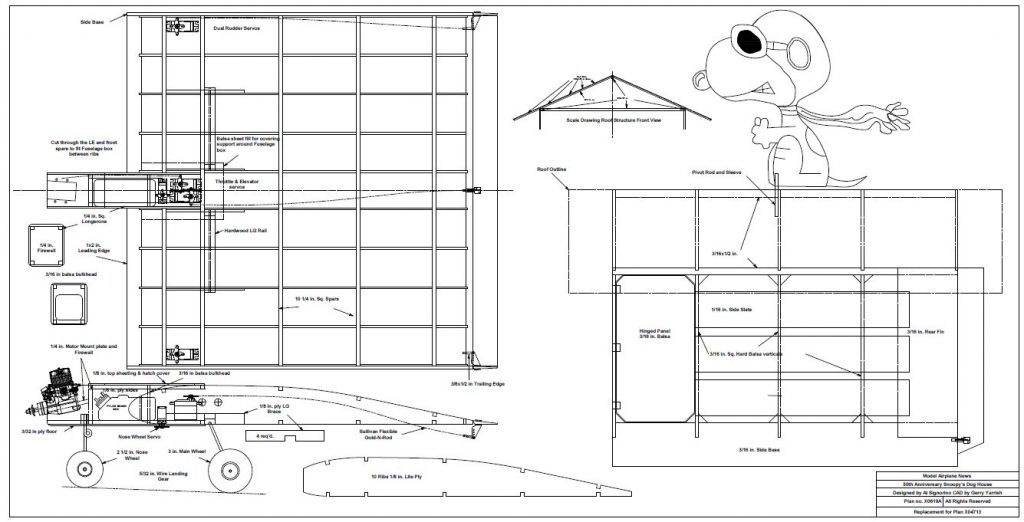 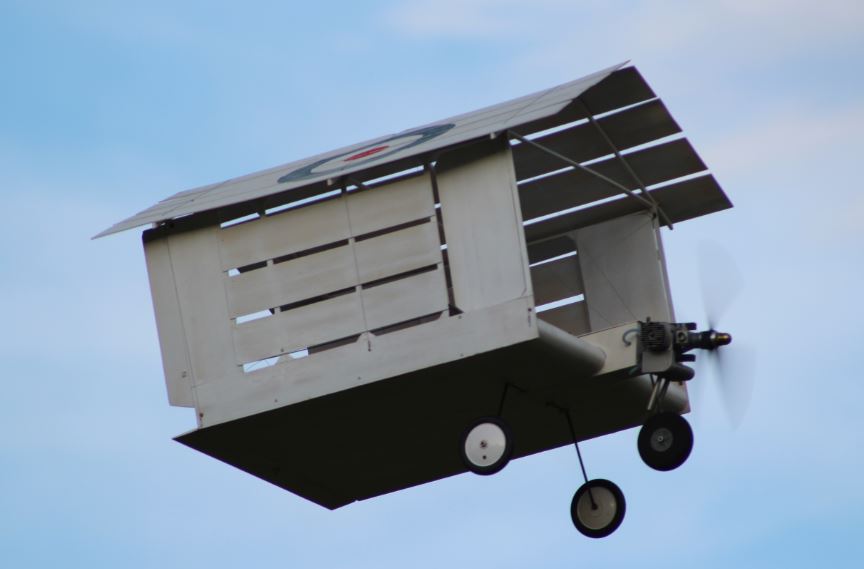 being test flown without the freewheeling pilot on the roof, the doghouse is a blast to fly. 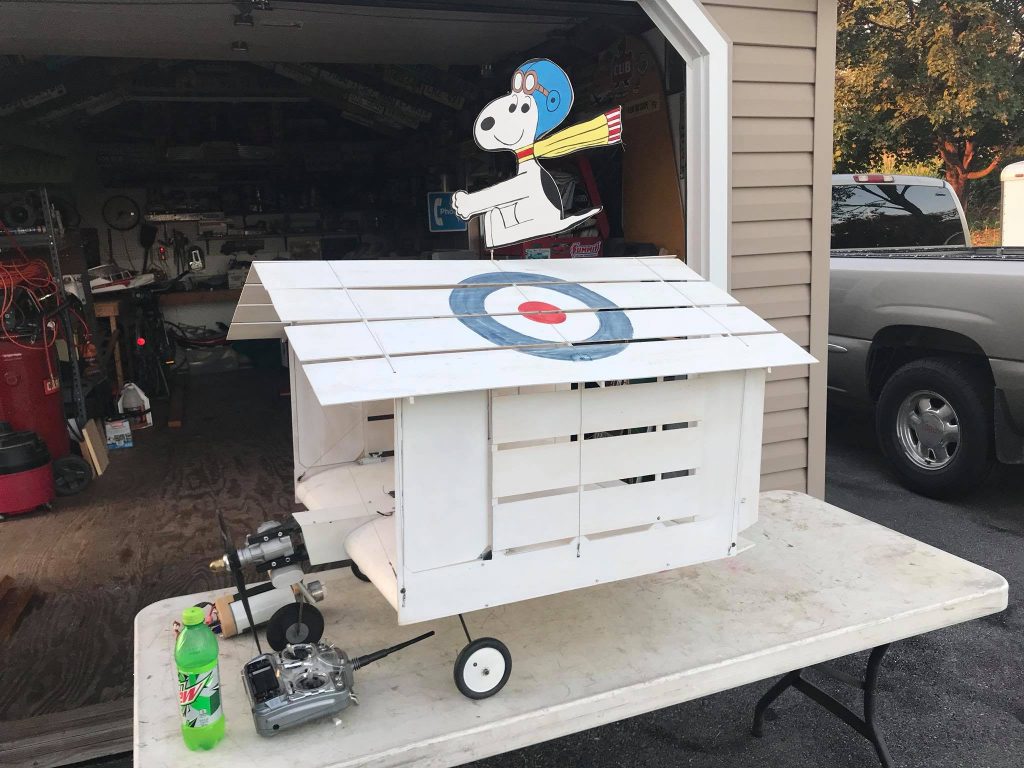 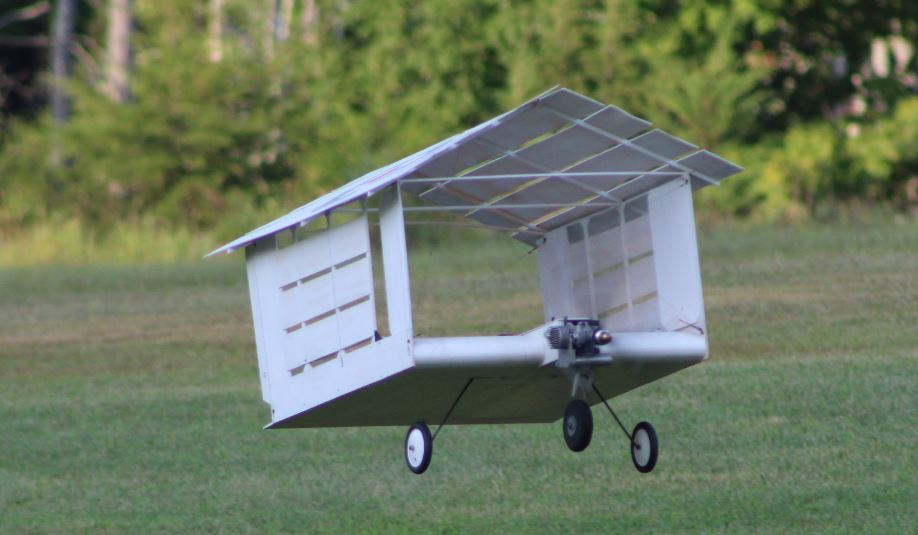 Ready for a perfect louchdown and landing.