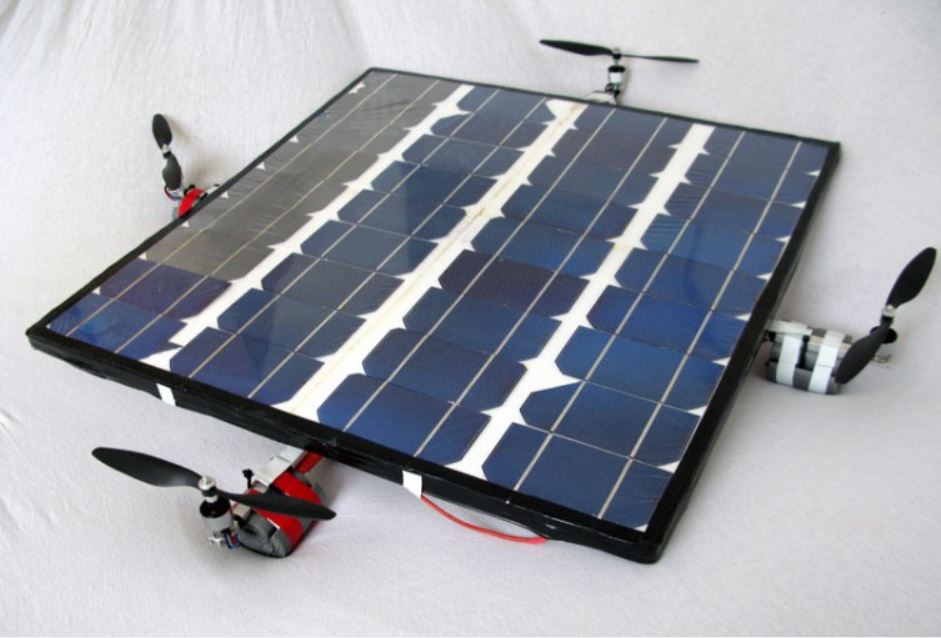 A team of masters students from the Queen Mary, University of London is hoping to develop the world’s first photovoltaic multi-copter. Dubbed “Solarcopter,” the team’s creation is a solar powered remote controlled helicopter-prototype designed for multipurpose applications.

“The Solarcopter was inspired from the love of flight, and the urge to do something different for the aviation industry,” the Queen Mary students told Gizmag. “When the realization came that there were no solar powered helicopters in existence, it seemed like a great engineering challenge to take on.”

The very first Solarcopter prototype was designed to fly solely from energy generated from a photovoltaic panel, but with the assistance of a reserve battery that was also charged by the copter’s solar panel. “The reserve battery was used whenever the panel could not provide the required power to keep the helicopter in the air, such as cloudy weather,” said the students.

Since then, the students have been able to further enhance the model so it can fly, take off and hover without the need of the reserve battery. “With the current design it will fly for as long as the Sun shines in theory and we have tested this experimentally for a substantial amount of time,” the students explained. “There is still a lot of work to do, but we are pleased to say that we have proved that it works.”

To date, the process has been a lengthy one for the students, as most of the Solarcopter parts are handmade and the students have even designed their own Sun simulator for testing. The team has conducted extensive experimental tests in order to maximize its potential and have modeled many different aspects of the design using various engineering software to develop their understanding and the prototype further.

When developed further, the students say the Solarcopter will be useful for a range of applications such as; surveillance, search and rescue, cheaper transportation, and even traffic management.

“What you must realize is that this concept has the ability to increase flight, and therefore increase the range of traditional helicopters, but also give a solar aircraft the hovering and maneuvering abilities of a helicopter,” explained the students. “These attributes, coupled with the cost effective energy source to run the concept make it very special indeed.”

The students are currently working hard on refining their design with the hope of further enhancing the prototype so they can add cameras, GPS systems, and other useful components that could aid it in its various applications.